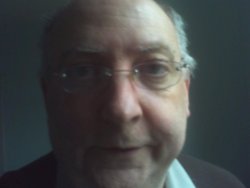 January 01/15/21, 2021
Shunia is a duo comprised of Lisa Reagan and Suzanne Jackson, the word “shunia” (shoon-ya) means a stillness of power -- quiet, unmoving, and totally focused. The core of the music is the synergy of these two voices in combination with various instruments, and on this, their second album, there is the voice of Hassan Hakmoun on several tracks. The sound is a blend of chant, mantra and opera, always positive and uplifting. The music eminates empathic confidence, creating a sound that succeeds at reducing stress, promoting relaxation, and improving emotional health.

To create their self-titled album of transcendent music and melodic harmonies, Shunia co-composed with Tony Award-winning producer Jamshied Sharifi. The album takes the listener through mantra melodies, energetic vocals, and dynamic compositions worthy of a feature film score. They are joined by renowned Moroccan artist Hassan Hakmoun, the godfather of Gnawa music, performing on two of the tracks.

On the making of SHUNIA, Lisa Reagan says, “As musicians whose lives have been enriched by chanting, we wanted to create a beautiful garden of sound where the chants could come alive. The mantras that we are chanting on this album have been chanted for thousands of years. We thought about the unique energy of each of these mantras and created music that would be in harmony with it. Our hope is that people will sing and dance along with this album because it profoundly moves them.”

There is indeed a sense of deep focus present in each track on SHUNIA, which invites listening on dual levels. On one level, listeners are entertained by stunning compositions, virtuosic playing, and the duos’ rich vocals. On another level, one can focus on the wisdom of each mantra and lyric as it is expressed with deep conviction and impressive clarity. A page on the Shunia website dedicated to "mantra" further explains the meaning of each track. Shunia's music is recommended for group classes or personal practice of yoga, and for simply gathering inspiration to move into a healthier and more enlightened future in 2021.

In advance of the full album debut, four tracks were released with inspiring videos, including "Akal" (June 2020); “Sa Re Sa Sa” (October 2020); “Breeze At Dawn” (November 2020); and “Alleluia” (December 2020). The duo's high-quality, uplifting videos are available at this YouTube location: https://www.youtube.com/channel/UCVvsZECVFyfF5OFCS5VWJCw

Repetitious chanting allows one to focus on breath and leads listeners to deeper relaxation and a stronger connection with life. The arts have a unique power to heal and transform. We want to be happier and at peace within ourselves. We are all interconnected on the planet and ancient religious ideas are now being proven by contemporary science, repeating the same phrase over and over again has a beneficial effect on body, mind and spirit. There is a theoretical potential for conflict between contemplative Christian faith and Yoga, Tai Chi, and related disciples -- the yogic path and the Christian path. Shunia has successfully merged these two sacred life paths creating universal meditations for healing, and simply letting your mind let go of all its temporal concerns.

The first mantra on Shunia removes negativity from within, awakening the infinite creative energy to burn away obstacles to achieving higher consciousness. Sa is the Infinite, the Totality, God. That Infinite Totality is here, everywhere. That creativity of God is here, everywhere. "Sa Re Sa Sa" (3:02) features the voice of Hassan Hakmoun, which is joined by the two choral voices of Jackson and Reagan, creating an empowering and invigorating feeling, upbeat and positive. A bright energetic orchestral mantra that helps you conquer the wisdom of the past, present, and future.

Persian poet Mewlana Jalaluddin Rumi (1207 - 1273) wrote the words for "Breeze at Dawn" (4:12), a mystical sound for a poem of romance with sweet breezes coming from the darkness before the dawn, repeating the words, spoken low by Hassan Hakmoun and joined by the choral voices who sing the lyrics. "The breeze at dawn has secrets to tell - Don’t go back to sleep. You must ask for what you want - Don’t go back to sleep..."

Everything is vibration, observes the spirit of Shunia. All the energy in the universe exists in different vibratory levels. Combining music with meditation can deepen the positive effects of both, and bring about greater stress relief. Bringing comfort, solace, reassurance, peace, composure, and quietude serves to uplift humanity through the oldest universal teachings, foster the creative spirit and bring a new awareness to the voice and body connection. Shunia continues to foster a mindset promoting meditation, relaxation and stress release which are all so important for our health. Shunia merges the art forms of chant and opera and promotes the body’s own natural healing processes. Universal Energy exists around us, all of the time, nature gives us everything we need to overcome the distance between God and humans. When the duo Shunia discovered the hidden dimension and power of singing chant music, they wanted to share this profound experience. You have a physical body and an energy body. The chakra system is a main conduit for energy. In order to live at our highest potential, our chakras must be aligned. If we want to make changes in our lives, we have to change ourselves. In the sharing process, each faith must maintain its own unique identity and integrity, to bring together the voice and body vibration as one and develop strength, balance, harmony, and flexibility. The music of Shunia provides a way to calm the monkey mind and to journey towards a totality of being, honoring eternal change.

In an article by Lisa Reagan in LA Yoga Magazine (December 15th, 2020) the story of this collaborative project is revealed. "It goes all the way back to when I first started going to kundalini yoga classes many years ago. They were great, but often had subpar music playing on a cassette that we all chanted along with. As a classically trained musician, I often found myself distracted by some of the music I was hearing. As years went on, I did find a couple of chant artists I liked, but for the most part the music left me feeling unsatisfied. However, there was one artist, Singh Kaur that I loved. It was such a joy to hear her sing the mantras so beautifully. For me, it elevated the whole experience of chanting. I listened to her for years. When I chanted with her, I felt happier. I also recorded my own versions of the mantras and would chant along with my own creations. One day I ran into a musician producer friend of mine, Thomas Barquee, in Santa Fe. He and I talked about how great it would be to work together. So, we decided to make an album. It started out as a typical songwriter and producer situation. He was going to produce some songs I had written, but that’s not what ended up happening. We only worked a few days together before he had to leave for a European tour, so we didn’t make a lot of headway. While he was away, I was visiting my friend Suzanne Jackson, whom I had known for many years from college and The Washington National Opera. We had created several projects together and we were talking about what we were going to do next."

Reagan continues, "Every time I meditated with these chants, I always felt a sense of joy, well-being and appreciation for them. There was something in my gut that told me I needed to find the album’s producer and work with him. Finding him was easier said than done, but after a long time searching, I found someone who knew someone that had played on an album he produced with Snatam Kaur, and she made the introduction. Thank God! And that’s how I finally found Jamshied Sharifi. And I’m so grateful I did. I knew Jamshied had recently produced a chant album and it seemed to be something he was really good at. It’s an interesting thing to create a chant album with him. Creating this kind of album is not like a normal exercise of song writing and development. In most songs you tell a story on the verse and then you sing a chorus. But on a chant album, you’re just chanting… Meaning, you say the same words over and over again. So, in a way it’s much more challenging to keep it interesting. You have to use the music to create an atmosphere that transports you. There has to be so much movement and the feeling of ‘going somewhere’ within the energy of the music. This is where having a brilliant composer/producer comes in very handy."

Jamshied Sharifi is a New York-based composer, producer, and keyboardist. He has composed the scores for feature films including Harriet The Spy, Down To Earth, Clockstoppers, and Rollerball, as well as contributing music to numerous television shows and independent films. He has produced and/or performed with Paula Cole, Ray Charles, Dream Theater, Laurie Anderson, Hassan Hakmoun, Yungchen Lhamo, Mirabai Ceiba, and many others. He produced Snatam Kaur's album, Beloved, which was nominated for the 2019 Best New Age Album Grammy. Sharifi did some orchestrations for Sting’s Broadway musical, The Last Ship. His orchestrations for The Band's Visit won the 2018 Tony Award.

In a review by Kathy Parsons published January 10, 2021 on the blog Mainly Piano, Parsons confides that "I have to be honest and say that I wasn’t sure I was going to like this album, but I ended up loving it. There is so much heartfelt beauty in both the words and the music, that it’s an album that needs to be savored, not just relegated to background music. Shunia is recommended for group classes or personal practice of yoga, or for simply being inspired and uplifted. Close your eyes and let the music transport you to a more peaceful place."

SHUNIA is available globally on most platforms today. Physical CDs are available at https://shuniasound.com/ and Amazon.

Lisa Reagan, Suzanne Jackson, and Jamshied Sharifi are available for media interviews about the album, and for live guest segments on social media. Physical CDs and a digital Dropbox of the album are available upon request to Beth Hilton at bethhilton@theBCompany.com.

Radio airplay requests may be made to Max Horowitz of Crossover Media at maxcrossover@gmail.com.