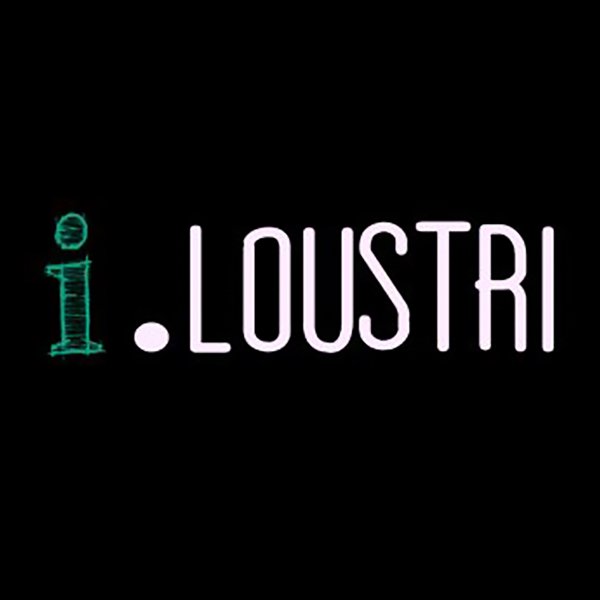 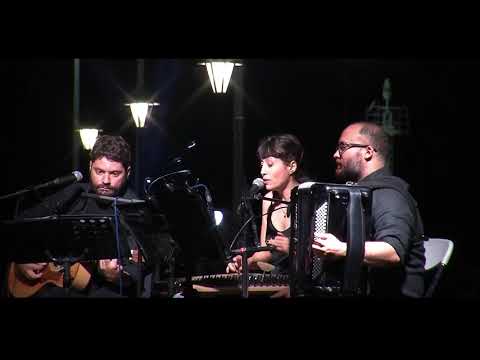 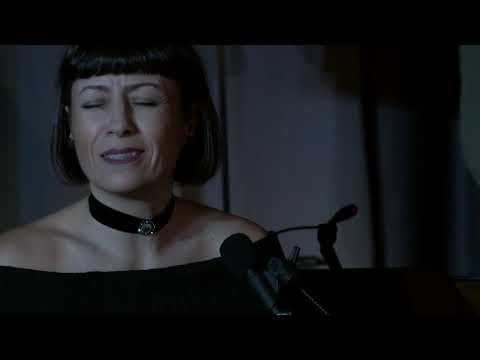 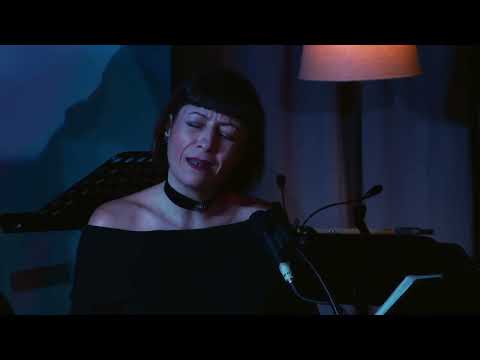 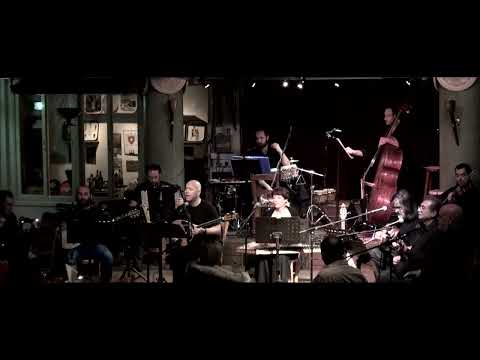 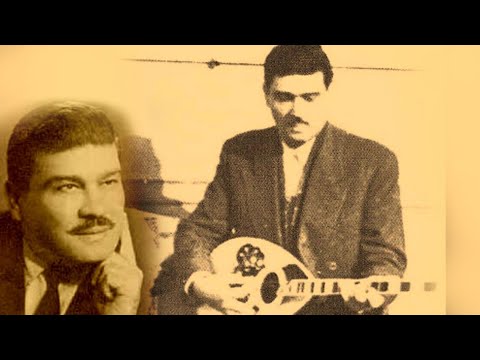 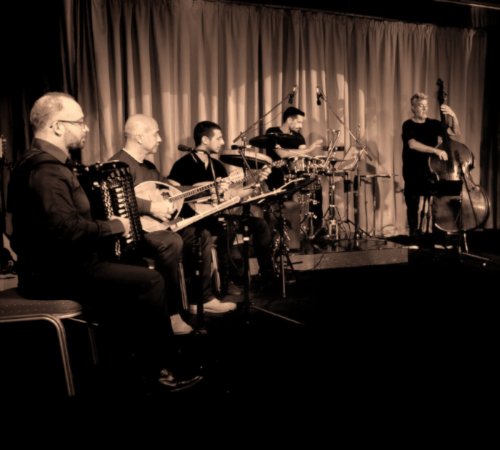 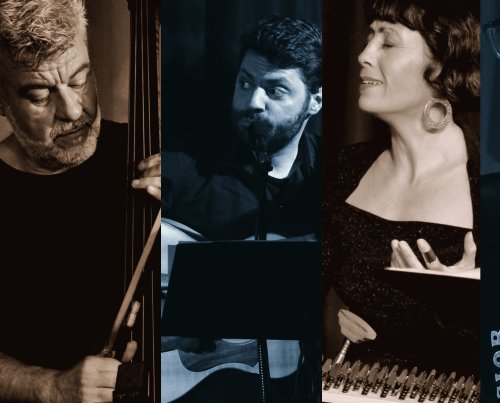 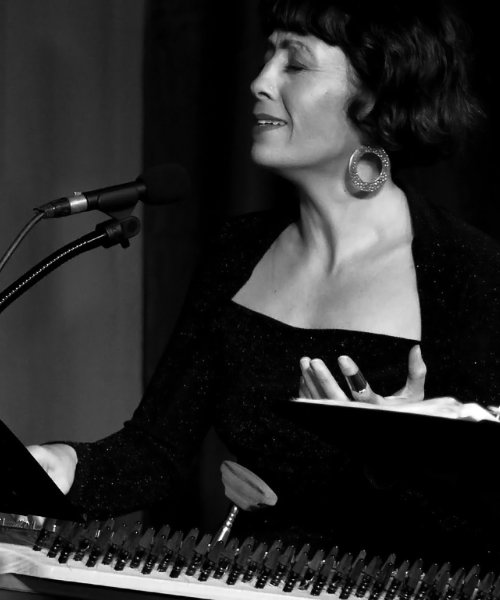 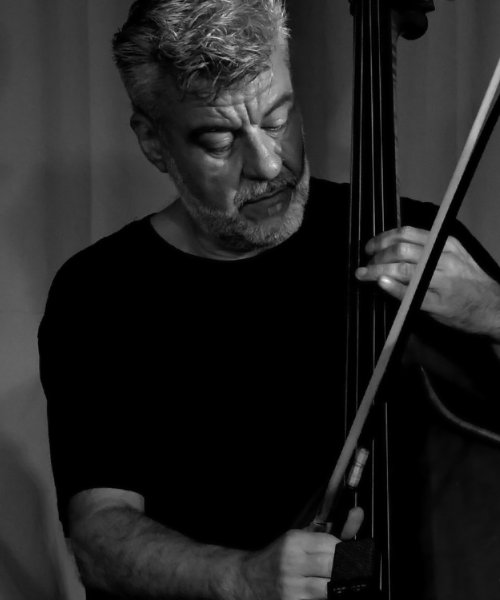 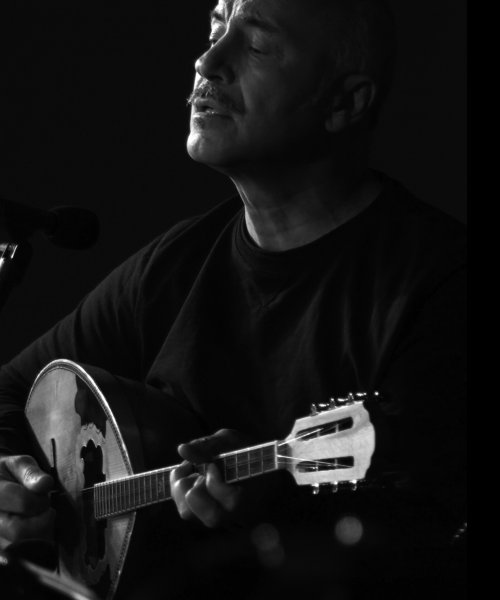 + 28 more
ABOUT
"Loustri" in Greek means "Shoeshine boys" is the result of a fusion of "Saoulis Ensemble" and other artists. The name is inspired from a music piece which was written by the Greek composer Manos Hadjidakis for the soundtrack of the Elia Kazan's movie "America America".
The second reason was that such a name represents simple, hard, honest polishing work. No fancy things here. Just honest music from a colorful and rich (in terms of culture) region. The region around the Aegean Sea and even more, the region around the east Mediterranean sea i.e Greece (as epicenter), Turkey, Cyprus, Libanon etc.

The colours: Bouzoukis, Baglama, Guitars, Kanun, Upright Bass, Percussion, Accordion - Bayan, Kemence -Kemane. 5 members are signing (the most of the time), some times in two languages during the same music piece (Greek, Turkish).
The concept: Let the audience fly with the ensemble "LOUSTRI" in different times and spaces around the Aegean sea and beyond.
From Athens's rebetiko of the 1940's to Smyrna of 1900. From Smyrna to Othoman Istanbul of Aleko Badjanos end of 19th century and the traditional music of Black sea. Back to Thessaloniki of the 1960's but not for too long as we travel to Libanon in order to listen to religious music of the Maronites. Suddenly the intervals of Gnossiennes No1 sound very familiar to all these music of the East and creates the bridge to a Waltz in Bm of Fr. Schubert, Piazzolla and Rota. We need to get back in Athens where during the 1960's, 70's and later on, M. Hadjidakis, M. Theodorakis and S. Xarhakos created their legacy. We need to close with what inspired them the most: A long improvisation followed by a rebetiko song: "To minore tis avgis"
Repertoire: Greek (Rebetiko, Traditional, art music of Theodorakis, Hadjidakis, Xarhakos, Rebetiko and the ensemble's own music), Turkish (Traditional music from Anatolia) Arabic, Azeri, Classical pieces (Satie - Schubert e.a.), Conteporary composers such as Piazzolla, N. Rota e.a.