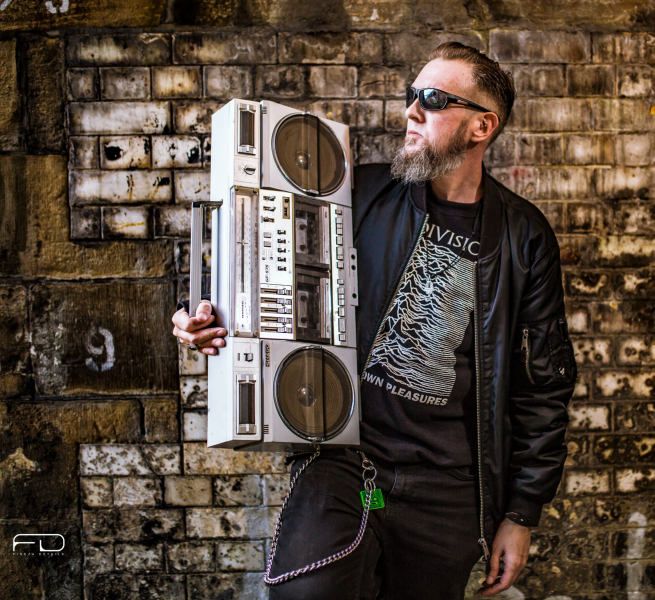 If you’re familiar with our blog then you’ll be more than familiar with our Dub Resident, Celt Islam, who has created a unique hybrid Transnational Bass & Dubstep sound that he calls  Sufi Dub ! Celt Islam is really in a league and owns a sound of his own and he now offers up his new album that has the best title any album has ever had  “Generation Bass” . “Dub Virus”  kicks off the show with an intro that reminded me of a cross between “Overture” on 2112 by my fave prog Rockers Rush and something from Lord of The Rings, except that the dialogue centres around a belief that drives and inspires Celt’s music, Islam. The dialogue goes as follows: “How many a small force has triumphed over a much greater one by Allah’s permission , Allah is with the steadfast” It’s no ordinary dialogue as it’s by   Ian Dallas , Federico Fellini’s favourite actor who also appeared in Fellini’s film  8½   as “Il partner della telepata”. Ian Dallas is now known as  “Shaykh AbdalQadir”  as he became a Muslim in the 60′s  and joined the Darqawiyya Sufi Tariqa to which he ended up becoming its leader and responsible for people like Cat Stevens , Richard Thompson [ Fairport Convention ] and Hamza Yusuf Hanson the American Sufi scholar converting to Islam. Beautiful dialogue and Rush intro over, the journey begins and its straight into some mind-bending Transnational Dub with a Middle Eastern overtone. “Ghetto Blaster”  has Psy Dub leanings to a Sci-Fi soundtrack. “Astro Sufi” , as the title suggests, evokes imagery of a Dervish whirling deep into hyper-space.  A spacey, bass driven, chilled voyage descends into a battle of the wills but with the Astro Sufi and Peace winning the day. In Arabic,  “Baraka”  means  “a blessing from God in the form of spiritual wisdom or divine presence”.  There’s no lightweight or shallow narrative running through this album but a spiritual transcendence and Celt’s music is telling a story, like it always has done. Things get a bit more chilled when we reach the  “New World”,  maybe it is now the time to gather one’s thoughts and contemplate the future like a wizened old philosopher.    Things are definitely a bit more skanking in an electro way. Now you have reached time for the freebie, exclusive to us, that comes in the form of  “Cosmonaut”  which rocks like crazy, picks you up and drops you down and invites you to submit to the Sufi Dub sound. “Transonic Velocity”  is the means by which the soundwaves of Sufi Dub will be permanently implanted into your mind.  It’s a a machine like state of spirituality as the machine tries hard to get into the deepest recesses of your mind! Now the title track and one of the best song, album titles, ever in the history of music  “Generation Bass” . It’s a slow Dub driven beauty that resurrects Celt of Old.  Melody and atmospherics whirling in your head just like, moments before, that Dervish that the machine had implanted in there.  That Dervish is Whirling in your mind and your mind is turning, maybe turning to something new, more meaningful! Even though your mind might be open to new explorations, you’ll never leave the  “Earth Tribe”  behind during your Transcendence and now’s the time to remember them and some of the good things they stood up for.  A gorgeous Arabian melody kicks in a quarter of the way through which leaves thoughts & old memories transfixed in your mind whilst you continue to push forward to enlightenment. The journey continues and now you’ve become more than just a mere journeyman, you’re an  “Interstella Nomad ” traversing the deserts of the new world. Unbeknown to you, many have been following in your footsteps and you have amassed an army of some magnitude who are all now ready for a  “Celestial Invasion” .  A battle of the minds, a battle of good over evil, peace over war, knowledge over ignorance, humility over ego and love over hate! Mission accomplished, you have won, you have transcended, you are enlightened and so now is the time to “Energise”  so that you may complete your journey and pass through with your physical being as your mind is already there and has been spiritually nourished. Coming back to the words that opened the album: “How many a small force has triumphed over a much greater one by Allah’s permission , Allah is with the steadfast” “Generation Bass”  by Celt Islam is an album that is a Sufi Dub driven gem of sounds and ideas and tales that will dwell and grow in the minds of those who are steadfast.  It’s one of the most interesting and unique Dub oriented releases you’ll hear this year or in any year. The album tells a story and it will tell a different story to each person.  The above was my story.  Take a listen so you can tell yours. Grab the free track in WAV: CELT ISLAM – COSMONAUT “Appear as you are,be as you appear” { Rumi } “Music is a mathematical, visceral, and psych-spiritual microcosm of the universe; as is humanity. It is extraordinarily powerful and at the same time subtle. Most are unaware of its nature and possibilities. It’s power is, in its primordial form, morally neutral. Human intention and application make it either beneficial or destructive. ” { Dawoud Kringle The Renegade Sufi } “In the rhythms and melodies of music there is a great secret. If I were to reveal it, it would destroy the whole world.” { Rumi }   http://www.generationbass.com/2014/09/04/celt-islam-generation-bass-album-sufi-dub/ more
PHOTOS 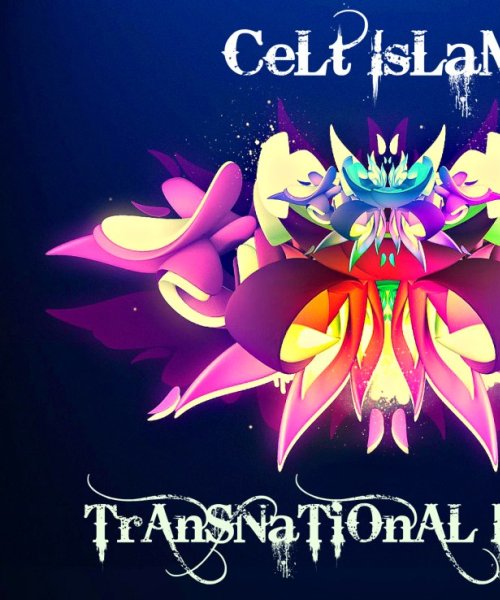 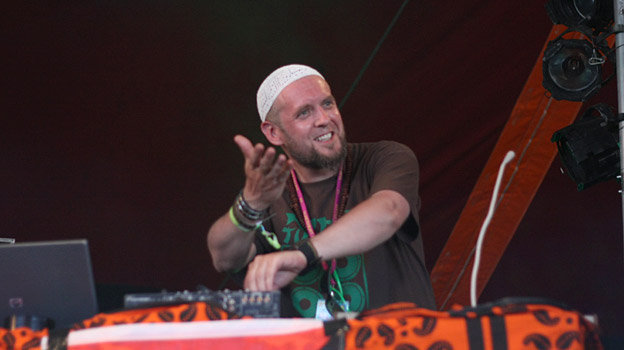 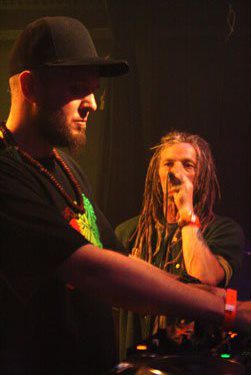 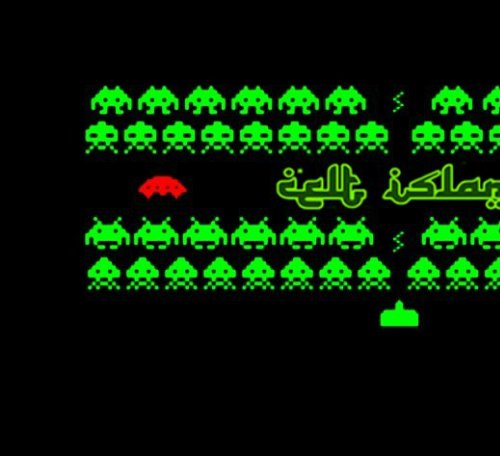 “Celt Islam is an English pioneering artist, producer and peace activist performing high octane Neuro Dub Driven Electro Punk BreakBeat Drum and Bass, transnational Dubstep and Cyberpunk Synthwave electronica with a twist of the Orient. Using a fusion of music which combines Islamic and world grooves to create a dub driven dance crossover.The unique sound of Celt Islam is a fusion of western and middle eastern influences combined with a futurist dub attitude.

Celt Islam creates music in quite a diverse range of styles and genres. His Sufi inspired Global Grooves create a sometimes Meditative Dub transfixing all who comes across it. Celt Islam is probably best known to date for his work in the genre of his creation – Sufi-Dub – which he singlehandedly developed and continues to define. He does so in collaboration with well known names such as Inder Goldfinger, tabla player for Stone Roses legend, Ian Brown’s band and Natacha Atlas and Dawoud Kringle who has recorded and performed with the likes of Lauryn Hill.

Celt Islam’s Sufi-Dub work has appeared on some best selling compilations including two by UK global music tastemakers Shisha Sound System. Offers are currently on the table from other tastemakers and labels for licensing of his works for compilations.He is also beginning to gain greater exposure in the UK as BBC Radio 1xtra and BBC Asian network's DJ’s like Bobby Friction and Nihal make his music a regular feature on their shows. Dub Reflex by Celt Islam is also featured on the groundbreaking compilation album Generation Bass presents TransNational Dubstep
Celt Islam is one of the most gifted producers of his kind. We can trace his melodies and samples back in the most progressive part of Islam: Sufism. He is on a mission to unleash the Sufi spirits in the world of 2021; a philosophy which is essentially inclusive, tolerant to difference and other religious systems as well as borderless by default .
-----------------------------------------------------------------