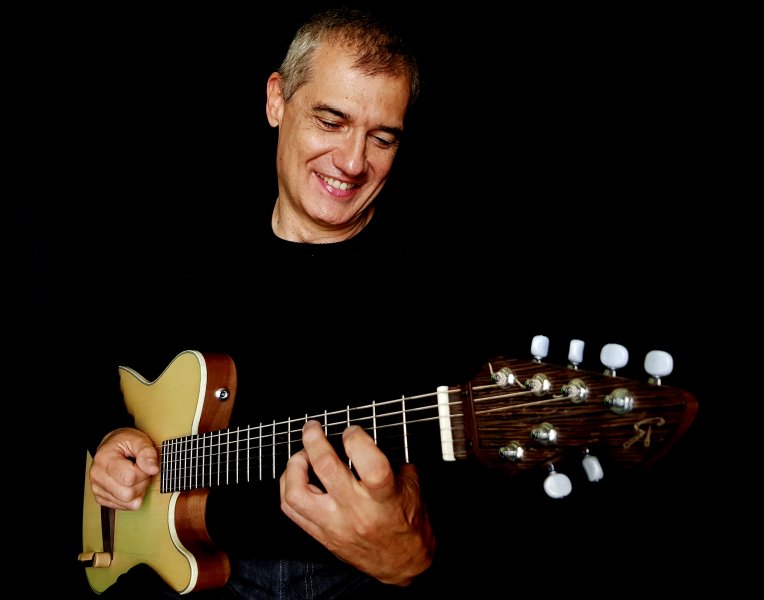 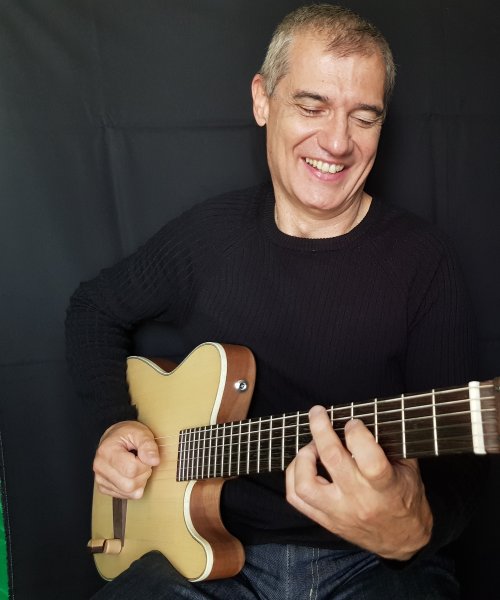 ABOUT
Makis Ablianitis is an inspired composer and one of the most important guitar players in the world-jazz music scene. His relationship with music began at the age of 14 when he got his first guitar. He studied theory, harmony and counterpoint classes with Kostas Klavvas and composition, by attending seminary courses of Theodoros Antoniou and at the same time participated at the Center of Contemporary Music Research. Following this, he studied with Ioannis Avgerinos advanced theory by graduating from the classes of Fugue and Orchestration with excellent. He concluded his studies at the Berklee Music College of Boston with a scholarship. The period of his studies at Berklee was decisive for his later course as a musician, because at the same time of his studies, he had the opportunity to play with renowned musicians of the Boston jazz scene.

In 1993 he formed the ‘Jazz Steps’ quartet and in 1995 the group ‘Jazz Crew’. During the period of 1996 - 1998 he was a member of the ethnic group of Michalis Nikoloudis and Omar Faruk Tekbilek, performing and touring all over the world.

His debut took place in 1997 with the jazz album ‘FLAME KEEPER’ featuring some of the most prominent Greek jazz musicians as Yiorgos Kontrafouris, Stratos Vougas and Nikos Kapilidis among others. In November 1999 he collaborates with the ‘ARTS DANCE & MUSIC PRODUCTIONS’ and during the three month period he contribute with the very successful BROADWAY shows in Athens.

At his second album 'BAHAR' (2001), he met the world famous Indian flute player, Pt. Hariprasad Chaurasia, and one of the best Greek singers, Manolis Lidakis.

'BAHAR' soon became a multi platinum album and many songs from the album appeared in countless collections all over the world.

During the same period he formed the group ‘HOT ORGANIC TRIO’. The trio plays original songs and jazz standards, with the distinctive sound, that only a guitar- hammond organ- drums trio, can create.

In December 2004 released the album ‘BAHAR LIVE-UNDER THE SKY’ with songs from the ‘BAHAR’ cd and new songs that were recorded live. Four years later (2008), he released the golden selling cd ‘KISMET’, featuring among others, the Turkish singer Fuat Saka, Greek singer Manolis Lidakis and the master Indian flute player Hariprasad Chaurasia. In 2012 he collaborated with the renowed clarinet player Manos Achalinotopoulos and oud player Haig Yazdjian performing and touring.

while he is also involved with the tuition of jazz and improvisational music. He has an endorsement with S.P.Custom Guitars and the famous Eastman Guitars!

At this period he performs live his ‘Earth Project’ consisted of songs from the ‘Bahar’, ‘Kismet’ cd’s and his new 2017 project ‘URANOS’.