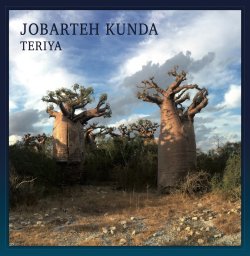 JOBARTEH KUNDA Teriya jobarteh-kunda.de (Aimland Records ARJK 73912) 11 Tracks, 51:59, mit engl. Infos Purists may have problems with it when German musicians like the “white griot” Tormenta Jobarteh who grew up in Munich immerse themselves in a completely different culture acquire craft skills over many years including learning the Kora, language and other strange rituals of an exotic music tradition. Although the often much vaunted “authenticity” is missing, the bandleader succeeded and has managed to produce world music at a high level for over twenty years. He has performed more then a thousand concerts and produced quality recordings, witch can also exist internationally. To mark the 20th anniversary of the band, Jobarteh, together with daughter Yasmina (Vocal,perc) and longtime collaborators Humphrey Cairo (dr,b) Felix Occhionero (g,b) and Gerhard Wagner (sax,fl) present a fourth studio album. “Teriya” brings together on a congenial way music of the Manding, Afrobeat, Reggae, Calypso and Latin flavours. Guests including Roman Bunka (Oud) who brings a middle eastern sound and Sir Lancelot Scott  (stellpan) who brings a Caribbean flair. The song content is diverse, also political as in ” White Bubu ” a reckoning with the Gambian dictator Jammeh Roland Schmitt more
Jazzthing Blue Rhythm September 2018 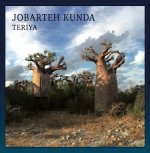 'Teriya’, Jobarteh Kunda’s fourth studio album is here to celebrate the Afro- Carribean band‘s 20th anniversary. The album’s title ‘Teriya’ means ‘friendship’ in the language of the Mande people of West Africa. This is especially fitting as several longtime friends of the band have been adding their individual talent to several tracks to create an exceptional musical experience. Alongside the band’s regular members, you’ll be able to experience top-notch musicians like Roman Bunka (Oud), Johann Bengen (Accordion), Sabine Zeh Silva (Percussion) and Sir Lancelot Scott (Steel pan). Over the past 20 years the band has been touring and recording their albums in ever changing line-ups to keep the sound fresh and exciting. The regular members of the band and the protagonists of the album ‘Teriya’ are bandleader Tormenta Jobarteh (Kora, drums, vocals, producer) and from the earliest beginnings Humphrey Cairo (drums, bass, vocals), Gerhard Wagner (Altsax, Flute), Felix Occhionero (bass, guitar, producer). As well as Tormenta Jobarteh’s daughter, Yasmina (background vocals, dancing), who practically grew up in and with the band. Since their foundation in 1996, Tormenta Jobarteh & Band have given over 1000 concerts all over the globe! Again this year, award-winning storyteller and Kora player Tormenta Jobarteh and his band were very well received by the media. Jobarteh Kunda’s song ‘Djihati Kelo’ for example, came in third at the 2017 international competition of the World Citizen Artist Foundation. The competition’s topic was ‘peace’ and the artistic contributions were judged by a jury consisting of representatives of the Bob Marley Foundation, the Gandhi Foundation and the Playing for Change Foundation. In 2001 an article in ‘Süddeutsche Zeitung’ stated that „Jobarteh Kunda’s mission is making music to connect the world’s people. Jobarteh Kunda offers world music at its best“ Integrating cultures has always been the bands central theme! The new album ‘Teriya’ is a musical journey into African and Caribbean music that moves the heart... and the legs! Storytelling, Afrobeat, Reggae, and Latin accompanied by beautiful vocal harmonies sung in Mandinka, English, Papiamento and Spanish Languages weave together into a striking tapestry of sound that touches the soul. more
See all blogs (12)
PHOTOS 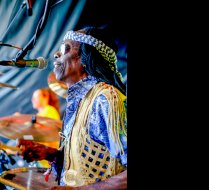 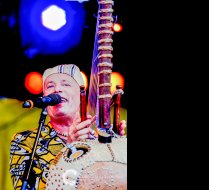 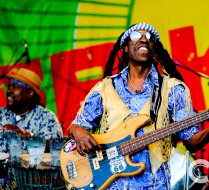