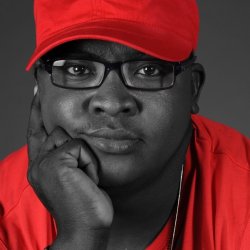 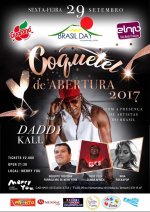 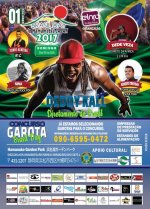 Hélder Alcinio Hangabi Bunga, son of David Mário João and Helena Veza, was born on 26 October 1978 in the province of Uige, municipality of Uige Angola. Migrates to Luanda to three years old, lived in Miramar many years and made the primary studies in funge school in Operario district in Luanda, where the companinha a neighbor called Haile (Nick), after school walked with pianos, and They were to play until the end of the day. From early on his love of music manifested itself. He liked in the house of his uncle Cananito Alexandre big picture of Angona music, when it sang. Very fond of the seventh art, friend of literature and painting, he emigrated with his mother Helena Veza, and his two brothers to (SOUTH AFRICA) where in addition to the digital world, got music knowledge that increased their desire in the art. Still in Infancy he sang to his younger brother Jojo Veza that very well danced to the neighbors on the street grandson Garcia, Miramar neighborhood. and so he went wherever he went up on the outside of Angola. After several years back to Angola, he starts working in the video world as camera assistant with Mr. Eduardo Capelo and Velasco. in television production. In 1996, 1997 filming and also worked in the organization of party rav (shows) with DJ Mauro Madaleno, SEBEM, Ze Maria, Paulucho, Dj Porkchop, Show Karang, Prince Wadada, and the SSP. In 2000, he began working in the production of their first album in the old studio echoes of Peace with Ze fix, Nekila, Beto Max, in Yuri's company Cunha Yeye junior, Matias Damásio, Dj tipilartes, Tito Olivio, DJ Evil, If wrong, Dj Viriato Victor, Chico Viegas, Dj Angelo Gabriel Thiema, Dj Nelo Kass, Keima cylinders, and KING RECORDS in Holland. For stealing one of his songs, also known as wakimono, the record was not edited and the contract was canceled. still he continued to work having produced several successful issues such as the Clio ta crazy pump are bewitch you, false alarm, and rain on boda Yuri share of the wedge, recorded in the old studio Beto max. He also participated in Shows within Angola for several years, in the company of TIC TAC, PEDRUK, Calo Pascoal, TONY AMADO, Vaiola CAT, WELWICTHA, DJ MANIA, SAUSAGE AND CRAZY COW, SQUID PASSION, Bangão, KING AT NICE, KATANA , VIRGILIO FIRE, BOBANI KING, the ACTUAL among other artists ... In 2005 no longer publish music themes, most still producing and composing behind the scenes, in the old intention to grow and produce a healthy acoustically album for those who like their music. In 2006 it created the D VEZA CONTROL, his musical producer. currently has one album released in the Portuguese market and in Angola, with the title `` One More Cebola`` 14 tracks published by Ls Productions. more
PHOTOS 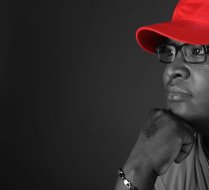 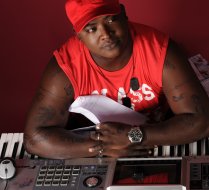 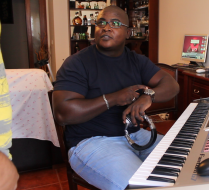 dede veza arrangents
Follow
Send Message
About
Dede Veza musician and Angolan producer, this musician goes down by the sonorous versatility and interpretation of his themes, producer and singer of several African styles, Dede Veza is one of the icons in the production of Kuduro, Kizomba, Semba these musical styles are of Angola.