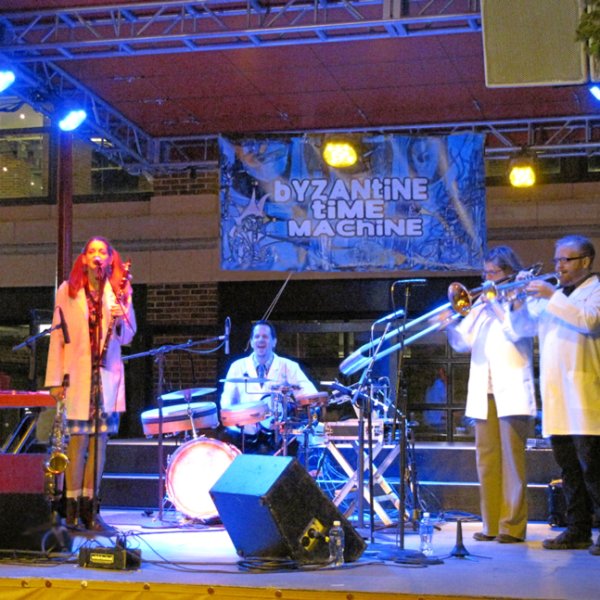 In The Court Of Kush
by Byzantine Time Machine 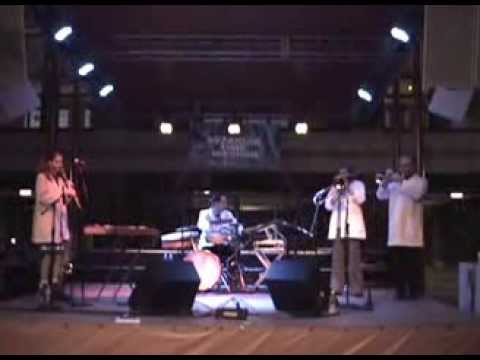 ►
BLOGS
Sala Sala
Sala Sala    For the videos, click the link below  http://byzantinetimemachine.wordpress.com/2014/08/12/sala-sala/   Sala Sala  is an old song from either Greece or Turkey depending on who you ask or which language you prefer.  I prefer the Greek version simply because I’m much more comfortable with the Greek language.   A sala is a salon or really nice living room that’s reserved for visiting. Like most folk songs I’ve encountered,  Sala, Sala  refers quite a bit to love and nature. Σάλα σάλα, μες στη σάλα τα μιλήσαμε Να με πάρεις, να σε πάρω συμφωνήσαμε Sala sala,  in the living room we talked it out You will marry me (lit. “take me”), I will marry you, we agreed to it Πότε μαύρα, πότε άσπρα, πότε κόκκινα Την καρδιά μου να ζητούσες, θα σ’ την έδινα Sometimes black, sometimes white, sometimes red Should you ask for my heart, I would give it to you Musicians love this song because of the  mode  or scale it’s written in.  It’s called  Saba  and it means morning or bright in Arabic and is also a popular baby name.  The scale is a normal minor scale but the 4th note is flatted making it sound very exotic to Western ears. Here’s a short video of Eve playing the Saba scale on her sandouri, followed by a short improv:   Here’s a very nice version from 1926:   more
PHOTOS 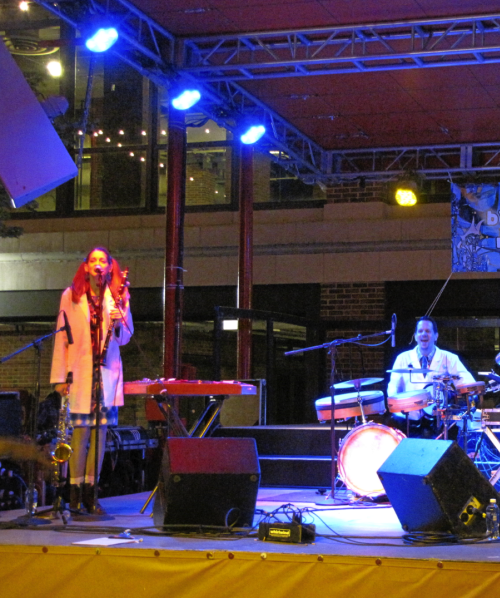 ABOUT
Byzantine Time Machine is an Ethno-Dub music group.The group takes the ancestral sounds of Arabic drums, Greek dulcimer, Turkish clarinet and vocals, and dispatches them through an array of computer generated effects creating the mutated, sci-fi, sub-genre of ethno-dub music.BTM’s specially trained technicians utilize their time machine to simultaneously bring you closer to the past and the future!!! Imagine the sound of a Middle Eastern goblet drum, processed digitally through a frequency shifter? How about a Greek dulcimer with oscillating temporal flux? Transform a Turkish clarinet solo via ring-modulation, add to that a resonant synth sub-bass, and whenever possible, a horn section, and you have Byzantine Time Machine!!!

BTM formed when 2 Chicago based music scientists, (and married couple), George Lawler and Eve Monzingo had a desire to do something a bit different with their music: Combine the folk music of man’s “Byzantine” ancestors with modern electronic music. The result is a percussive, backbeat driven, electronic sci-fi dub sound, with multilingual vocals, atmospheric dulcimer licks, and echoey clarinet leads. To top that off, horn lines are laid down on trumpet and trombone by skilled technicians Sam Johnson and Elanor Leskiw.

Lawler, who spent the last 15 years honing his skills in world percussion, touring with bands such as Lamajamal, Mucca Pazza, Occidental Brothers Dance band, Hawk and a Hacksaw, and Natacha Atlas, has now found a way to combine his percussion skills with his passion for electronic music. His BTM drumset is a self made percussion kit consisting of frame drums, darbuka, bass drum, and cymbals, which are all close mic’d and sent to the computer’s sound card for processing.

Eve Monzingo has always gravitated towards the sounds of the Mediterranean; Epirotan clarinet, Balkan sax, and dulcimer from the Greek islands. She is a first call for Greek clarinet in Chicago, has played dulcimer with the Chicago Klezmer Ensemble for 19 years, sax and clarinet with Lamajamal, and Mucca Pazza, and is musical director for the Orpheus Hellenic Preservation Society. With the help of an electronic pickup on the barrel of her clarinet, and a dual piezoelectric pickup on her sandouri (Greek dulcimer), she is now a fully interfaced cybernetic musician!

Sam Johnson and Elanor Leskiw have provided the power behind horn sections in Chicago and around the world for the last 10 years, from Mucca Pazza, Girl Group Chicago, the Lowdown Brass Band, Hawk and a Hacksaw, the Scotland Yard Gospel Choir, and beyond, they are now “bringing the brass” to Byzantine Time Machine.