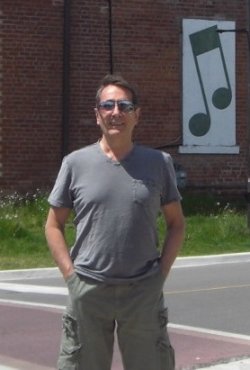 Canada
Videos
Blog
Friends
About
Timeline
VIDEOS
Play all
The Dragostin Folk - Female Choir, Bulgaria "Baba luk posela"
by Aleks
Influence: Balkan
Genre: folk music
share
repost
comments: 20
add to favorites
La Libellule et le Baobab (Hurdy Gurdy)
by Aleks
Influence: Mediterranean , West European
Genre: traditional
share
repost
comments: 16
add to favorites
Clarence "Gatemouth" Brown - Caldonia Live 2000
by Aleks
Influence: North American
Genre: boogie
share
repost
comments: 2
add to favorites
Michael Cleveland & Flamekeeper "Lee Highway Blues"
by Aleks
Influence: North American
Genre: roots, country, folk
share
repost
comments: 1
add to favorites
See all videos (25)
BLOGS
A little Paris in Bulgaria: Dominique Hourani hits it off with Ms. Hilton in Europe
Lebanese singer  Dominique Hourani  globetrotted her way to Europe for a lil’ mix of work and play. She inaugurated her country hopping tour with the 'Formula One' race in Italy. After watching the world’s hottest (in all meanings of the term) racers rush to the finish line, she continued on her journey to Cannes to change things up from cars to boats and yachts at an exhibition. Dominique also got Papal with a visit to the Vatican, and took a living history lesson by touring the Roman ruins. While she might be one of the most intriguing divas from the Middle East, Dominique made sure she met up with her American counterpart. According to Laha Magazine, Dominique's trip also included a visit to Bulgaria where she met up with Paris Hilton. The two celebs made sure to have picture proof of their time together abroad. Throwing a little work in to the pot, Dominique made time to hit up recording studios in Milan and looked over a number of new songs to throw into her next album. The only downside to her VIP European adventure was getting robbed during her stay in Cannes. Her handbag and all her legal documents was stolen at one of the stores. Yikes! Original article: http://www.albawaba.com/entertainment/dominique-hourani-paris-hilton-522080 Dominique's Profile on EthnoCloud:  http://ethnocloud.com/Dominique_Hourani   more
LATEST ACTIVITY
Aleks watched a video
Spil Dansk Musik
by Drumkoon

See More
Follow
Send Message
About
I am from Toronto and I’m your music follower.

The message that I’m sending you comes from my heart. It means “I like your music and your personality very much”. You are welcome to be my friend.

I wish you success!