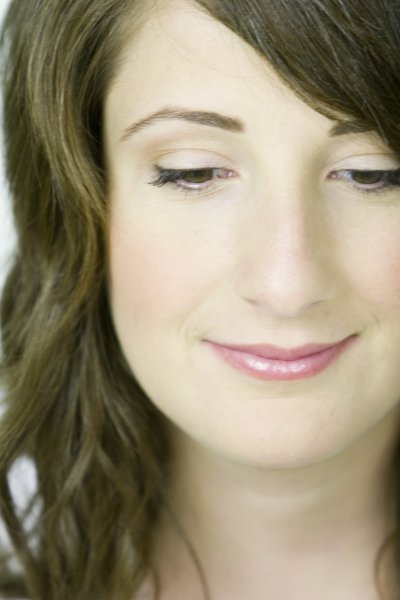 a leading voice among the young Jordanian artists , has a sparkling talent, distinguished voice and an astonishing presence. With her own special style she revived music and songs from the Middle Eastern Heritage and folklore that was long forgotten.

Born in Amman 1977, obtained a Diploma in music from the Music Conservatory of Beirut.

Her music career began after her first live performance at Jerash festival in 1997, Since then Macadi has been active in the music scene where she performed in various cultural festival and events in Jordan, Lebanon, Tunisia, Dubai, Abu Dhabi , Denmark.

In 2001, she recorded and produced her debut album “Kan Ya Ma Kan”, which was released later in 2003 due to the War in Iraq. The project was from the Iraqi Heritage with the participation of the Iraqi National Orchestra Led by the well respected and known conductor, Monahamd Amin Izzat.

Her second Album KhilKhal was released end of 2006.

The project combined musicians from Lebanon and Jordan, introducing Folklore from the Middle East with a contemporary twist mixing Arabic tunes with Cuban and Latin Jazz.

The Album was produced by Macadi and was recorded in Jordan .

The Third Album titled “Jowwa Al Ahlam” which was addressed mainly to Children and Family in 2009. The CD received various positive critiques especially for its moral and constructive messages and values.

Macadi released in july 2012 the album “ila salem” which is a compilation of her best songs. She pays tribute in this album to her late father Salem who has been her first supporter and fan when she first starting the singing career.

Macadi’s latest Album “Nour” is the pinnacle of her musical career. The album was recorded end of 2013 and early 2014 and embarks a new Era in Macadi’s artistic Career where she wrote, composed and arranged most of the songs in the album. The album is claiming high reviews and critics in the artistic scene. The album was Mastered at Abbey Road Studios and was produced by Maqam Productions.

Her Main Events and Concerts include

Nour Album Launch in Beirut and Amman – May and June 2014

The British council Program “One voice” in Cardiff UK

The UNW One woman song Participation

Live in Tripoli with Maqam and Jana association

Live in Siblin Lebanon 2013 with Maqam and Jana

Summer Cultural Festival at the museum of Kuwait 2012

Palestine National Festival in Ramallah in 2011

Images of the middle east Festival in Denmark, 2006

Participated in “Fight the Hunger” Global Musical demonstration which included 100 artists from all over the world in 2006 which was organized by UNIFED.

Represented Jordan in the “Europe day” event which was held in Amman Jordan in 2009.

Performed in the Word Economic Forum in Jordan in 2006

A Fundraising Concert for the benefit of Al-Hussein Society For the HabilitationRehabilitation of the Physically Challenged, organized by the Jordanian- Canadian Business Club, JOCABA – Jordan, (Oct.2006)

Several Joint Concerts with the Lebanese Poet Zahi Wehbi in Jordan Lebanon, UAE and Kuweit.Performed in the “Fete de la Musique” Organized by the French Cultural Center in Jordan and Lebanon in several years.