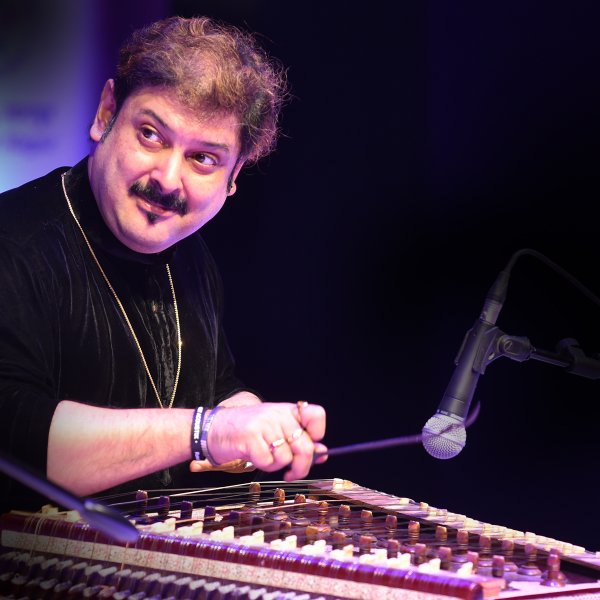 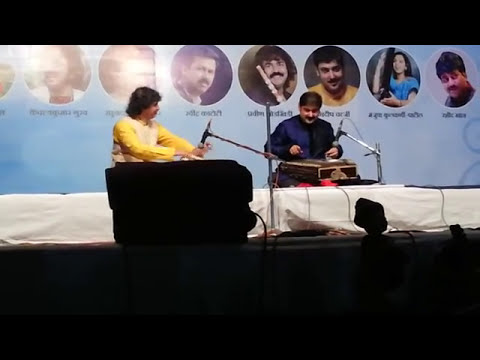 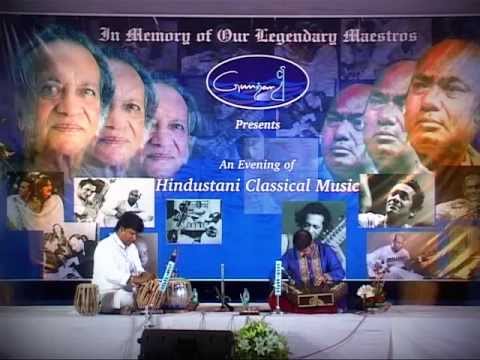 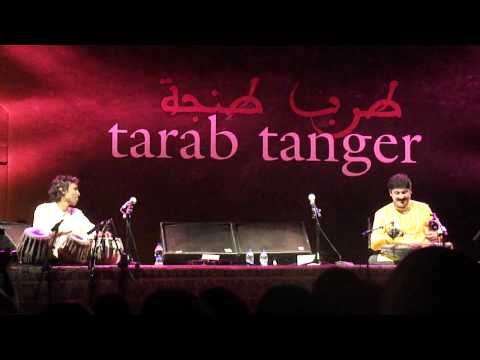 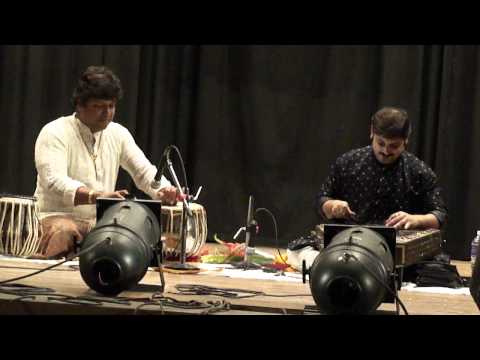 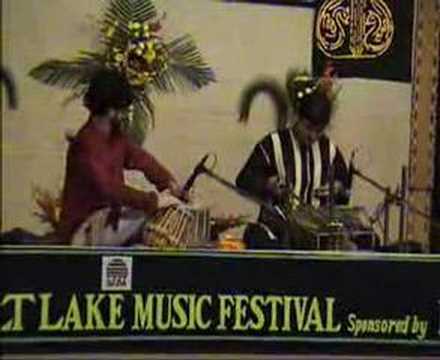 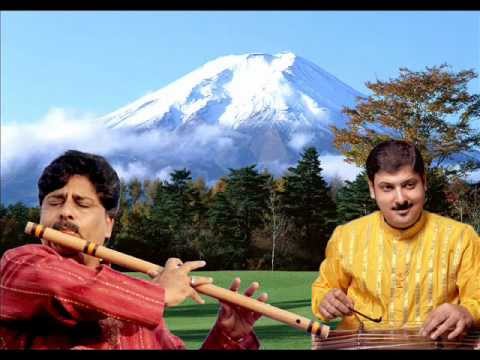 ►
Share
See all videos (8)
BLOGS
Mihar Music Festival
Dear friends, Performing at Mihar Music festival in INDIA in Madhya Pradesh... which is considerd as one of the most prestigious music festivals in India as on 28th April 2013. more
PHOTOS 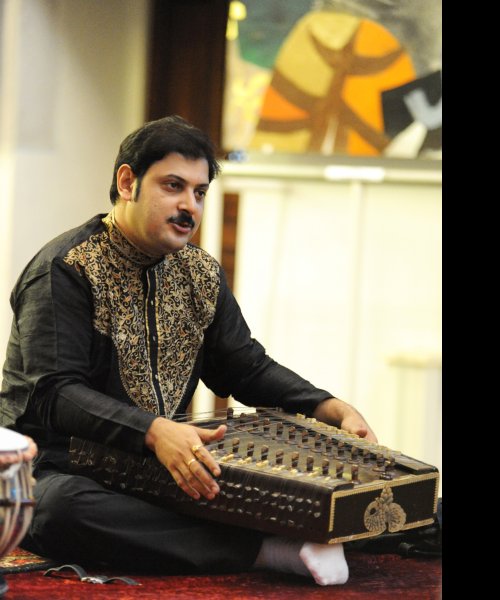 Photo by: Sandip Chatterjee
About: Concert at Grenoble France 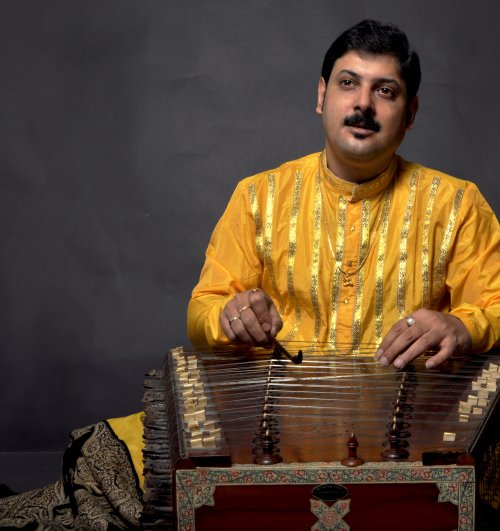 Photo by: Sandip Chatterjee
About: With Instrument 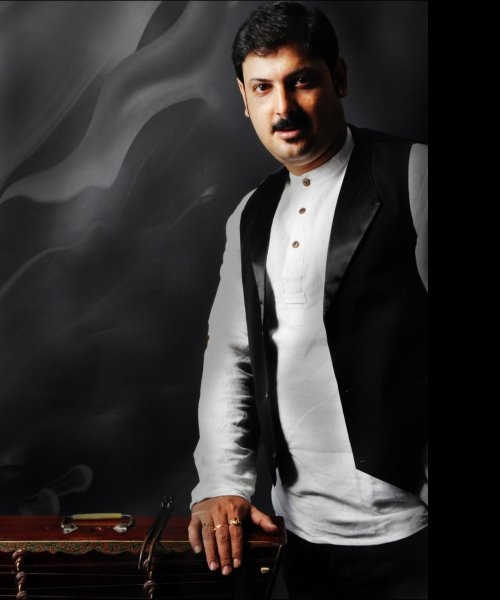 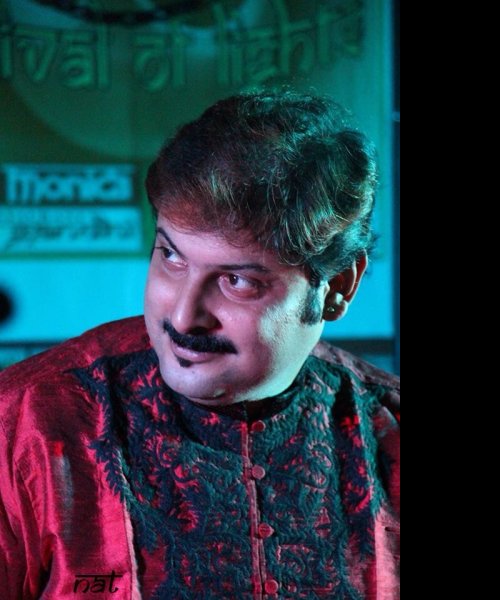 ABOUT
Sandip Chatterjee, a disciple of Pandit Tarun Bhattacharya and vocal maestro Padma Vibhushan Pandit Ajoy Chakraborty, is a rich and accomplished Santoor player of recent times. He has been heralded as the torch bearer of two Gharanas at the same time – MAIHAR and PATIALA.

With his magical strokes over strings, He makes his unique melody speak. A deep-rooted explorer in himself has helped him give a dynamic approach to his playing style with one hand. Where he uses his left hand to lift the strings (Plucking Chikari) to play the Alap, Jod Jhalla, part of bandish( Gat) thereby creating an ineffable resonance.

Embroidering the silk with stitches, Sandip’s music has also thickly embroidered innumerable ears by reaching out to a greater world. Sandip has been extensively performing in many music festivals and concerts all around the globe. And, he has also collaborated with many overseas musicians across genres such as Jazz, Rock, Contemporary and Fusion.

His collaborations in ‘Calcutta Express’ with famous Jazz Guitarist Guy Strazz; ‘Shanti’ with famous Saxophonist Claudio Gigilio and afro-Cuban percussionist Fulvio Farkas; ‘Emotion’ with Swedish Jazz saxophonist Elin Larsson; ‘Feelings’ with guitar player Giuliano Modarelli have been very much acclaimed in Jazz & contemporary world music genre.
His collaboration ‘Calcutta Express’ has been nominated as a finalist in the Indo-Acoustic Project’s “Best CD’s of 2006” award in the World Music category.

The musical talent and virtuosity exhibited by Sandip over the years have been noted through his albums which range up to 21 in number.
His expertise has also been utilised by renowned music directors like A.R.Rehman, Jatin Lalit, Gulshan Kumar, Rabindra Jain, Pt.V.Balsara etc.

Through his dauntless efforts, he is still trying to create a magic spell by letting his music reverberate and keeping the music lovers enthralled.