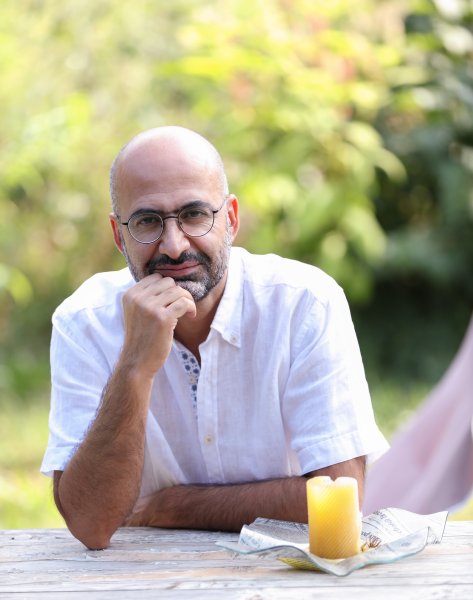 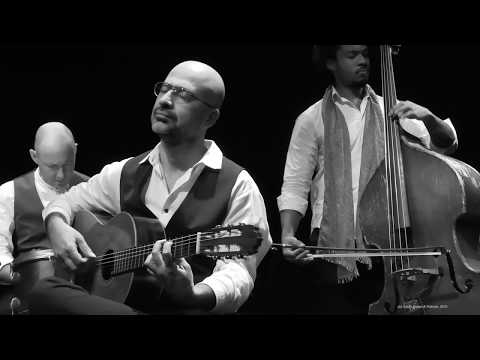 ABOUT
Oriental, Mediterranean and jazzy

Arash Sasan’s music is characterised by his expressive vocals with their distinct oriental touch.
With tremendous intensity, the Iranian, who has made Munich his home, tells of his own experiences and sets classical Persian poetry by Saadi, Rumi, Hafiz and others to music. His compositional style on the guitar is, perhaps surprisingly, strongly influenced by flamenco – a genre that has fascinated him since childhood. As the Spanish guitar came to be frowned upon in the Tehran of the 80s, Sasan taught himself the art of flamenco largely in secret. Over time, he developed his very own mix of Persian-language vocals and Spanish harmony and rhythm.

Currently, the music of Arash Sasan and his band melds oriental influences from the Caucasus to the Persian Gulf with Mediterranean sounds and elements of jazz. The occasional folk song can also be heard, such as the legend of the bride »Sari Gelin«: Forced into marriage, she takes her own life on her wedding night, the tale being recounted from the perspective of her chosen one. Without descending into pathos, Arash Sasan skilfully portrays stories such as this in all their dramatic depth, quickly following them up with songs full of groove and joie de vivre.
Arash Sasan & Band

In Munich, Arash Sasan has found musical partners who have shared the stage with him for several years now: the pianist Josef Reßle, winner of the BMW World Young Artist Jazz Award 2016; the drummer and frame drum player Stefan Noelle; and the young Venezuelan double bass player Wilbert Pepper, who learned his trade in the fascinating tradition of Venezuela’s youth orchestras. From one moment to the next, they turn from sensitive accompanists to furious soloists, only to fully subordinate themselves to Arash Sasan’s poetry again moments later.