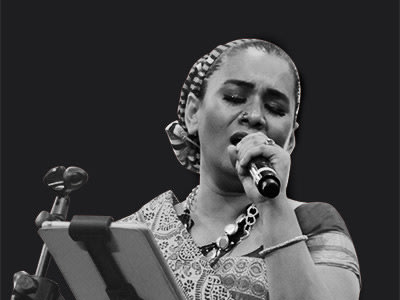 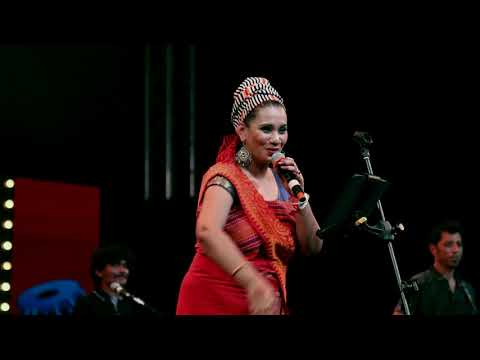 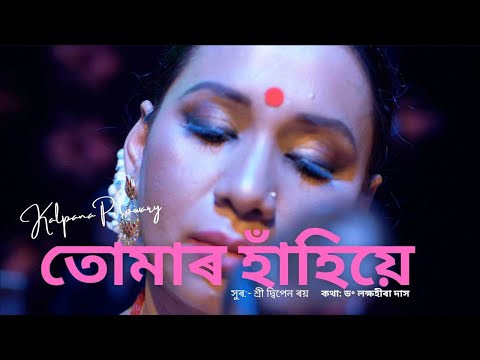 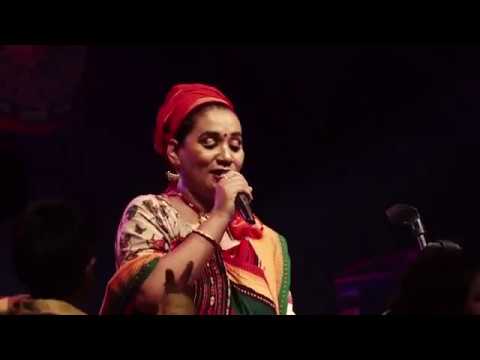 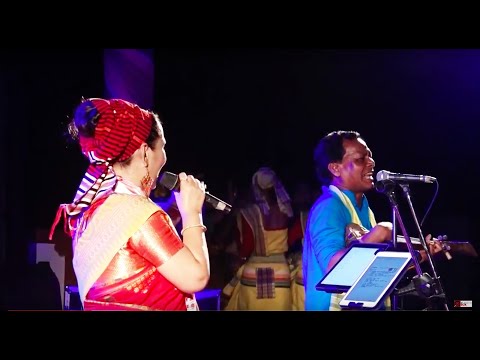 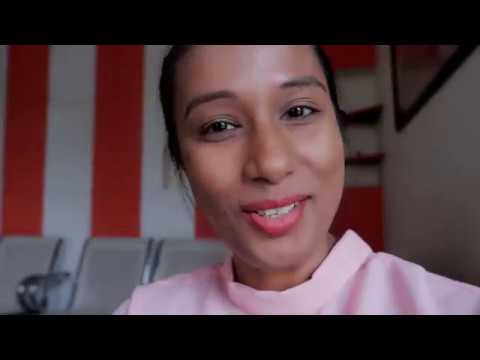 It was a nifty Rajasthani folk fusion track that introduced us to a tall Assamese girl in a multi-coloured dress Kalpana Patowary, stood next to East India Company vocalist, Papon, and belted out Baisara Beera, a track with elements of Rajasthani maand with Assam’s Barpeta Holi that turned into a dance jam with its heady beats and harmonium interludes.   Unshackled by genres, Patowary’s high-pitched, raw and confident voice had the “urban” audiences swaying to the groovy hook and hit Coke Studio @ MTV’s YouTube video over a million times.   She is back, this time even BIGGER with for the first time in the history of music, she features Bhojpuri Khadi Birah, a folk for of the Ahirs, Uttar Pradesh in the much talked about Mtv@Coke Studio Season 4 with Dhruv Ghanekar as the Composer.   Dhruv is the co-founder of the path breaking Blue Frog - a State of the Art Live Performance Venue, Recording Studios, Label, Music Production, a Composer, Producer and highly respected Guitar player based in Mumbai, India.   Kalpana Patowary is currently the “reigning queen of the Bhojpuri music industry” and her decade-old body of work is marked with versatility. She is one of the few stalwarts who have popularized Bhojpuri folk music in a contemporary style that wows audiences everywhere. “Among Bhojpuri speakers, she is a rage. Her collaboration with Mika Singh on the chart-topper Gandi Baat from Prabhudheva’s otherwise dud R…Rajkumar (2013) has already put her on the music map in Bollywood.   She got International acclaim with the release of her Bhojpuri musical documentation on the Shakespeare of Bhojpuri Literature – The Legacy of Bhikhari Thakur from EMIVirgin Records and Massical from BIRDjam Label Germany with world class India’s virtuoso percussionist and bandleader   Trilok Gurtu , one of the most dynamic and prolific musicians and collaborated with international unique musicians like  Carlo Cantini, Jan Garbarek, Phil Drummy, Roland Cabezas, Stefano Dall’Ora.   She has performed and recorded with some of the biggest names in music in India and on the International arena with Trilok Gurtu, Guru Reben Masangva, Louis Banks, Ranjit Barot, Pritam to name a few...      Lately she was on a 15 days tour for concerts in four Latin American countries presented by The Ministry of Cultural Affairs on the auspicious occasion of Indian Arrival Day, commemorating the arrival of Girmitias from the  Indian subcontinent to   Caribbean  and the island nation of  Mauritius presenting songs on migration.   Mtv@CokeStudio Season 4...it’s still on… the HANGOVER……ek MA apne bachhe ko, safalta ki bulandiyo ko chhuta hua dekh jaisa mahsus karti hai.....the emotions rolling deep inside me are the same....BHOJPURI hamari astitwa hai and in CokeStudi@Mtv Season 4, it was as if BHOJPURI was proud to announce its dignity….Says Kalpana.   Taking Bhojpuri music to the helm of one of the biggest music shows in the world for the first time in MTV comes with its share of responsibilities.   I met Dhruv Ghanekar in Blue Frog when I was performing with Trilok Gurtu. After then his solo album “Voyage” was happening and Dhruv asked me to write and sing something in African groove. I wrote for the first time. Baare Baare was the track weaving a rich tapestry of Assamese folk and traditional grooves from the Maghreb region of North Africa. The idea to fuse the two began as conversations in his head, he shares. “If I were to explain it to someone, they’d say, there’s no synergy between the two cultures. But when you hear it, it makes perfect sense,” says Kalpana.   After then, when Dhruv met up for Coke Studio, I was happy as I knew it’s time for some extinct folk to come up where it should come. There is an unseen gap between my own lands. – My people. The gap between India and Bharatvarsh.  In a way Mtv@Coke Studio musically tries to bridge that gap. This time I thought of giving Biraha a folk form of the Ahir clan. Its singing and saying – boli at the same time. Lyrically Khadi Birah also spoke about the expressions of our cultivations, our village folk.   Dhruv beautifully designed the rhythm which complimented the lyrics of Khadi Biraha. It became mere of global now as if Indian and African both speaking about the pain and pleasure of farming. Dhruv and I were thinking to put some African plantation folk music in the track. But as we were short of time we changed our idea and instead think of putting some English words in it.             I shared my knowledge about the indenture laborers of plantation and the pain they went through when they migrated from Indian shores to the Carribeans.   So we decided to write some verses keeping in mind the indenture laborers point and what he’ll speak.   Dhruv wrote some beautiful lines and then Sonia Saigal came into the scene to give the English lyrics a bold vocal throw.   This track KHADI BIRHA is a folk for of the Ahirs fusing with African music. This folk tradition is a fun song, reflects the Migration content and evolved during the colonial period when a huge population of Bhojpuri people left Indian shores to work in sugarcane, cocoa, jute and other plantations in Caribbean countries, owned and run by Europeans.   Khadi Birha is actually a very positive song. It’s one of those great ironies of life because the people who actually worked the hardest are the most positive people…it’s a working man’s song.   Basically, this track would help understand how folk culture helps migrants to recover from the pain and loss on leaving their homelands,"   In Mtv@Coke Studio you can say transnational Biraha : Bhojpuri Folk from North India to the Caribbean, Fiji, and Beyond…   This track Khadi Birha forges the way forward for the culture from which the Caribbean countries diaspora traditions find their origin.  Says Kalpana GRATITUDE!! more
PHOTOS 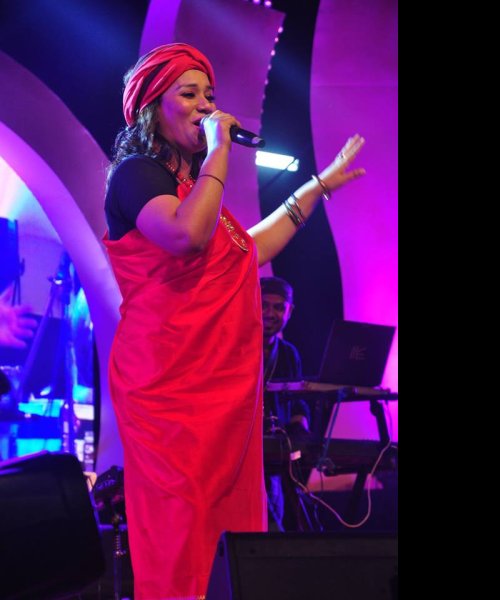 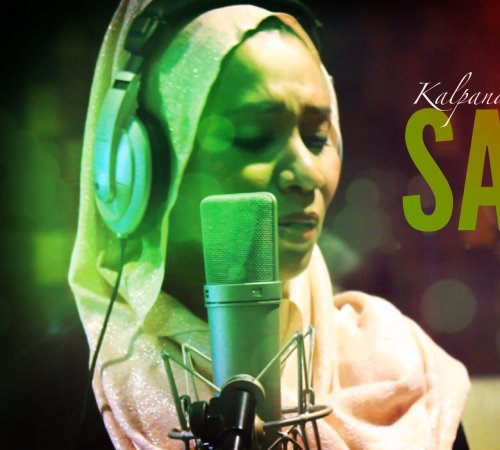 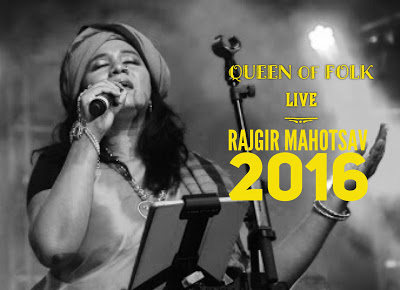 + 9 more
ABOUT
Ms. Kalpana Patowary an Indian folk singer, has immensely contributed in 30 provincial vernaculars of over 8000 songs with her magnificent voice, such as Assamese, Brajawali, Bengali, Bodo, Deuri, Mising, Sanskrit, Hindi, English, Bhojpuri, Maithili, Maghi, Angika, Oriya, Garo, Koch Rajbongshi, Tiwa, Kanadda, Telegu, Dongri, Marathi, Rajasthani, Punjabi, Hariyanvi, Arbi, Avadhi, Gujrati, Nepali, Sonowal Kochari and Bangladeshi. A women born and raised in a rich cultural state of Assam, yet she chose to follow the unconventional path to give 15 years of life towards the promotion and greater outreach of Bhojpuri ,the colloquial language of Indias heartland Uttar Pradesh and Bihar.

She reintroduced Bhojpuri Music by popularizing some extinct traditional folk forms to International front. Her sheer dedication to Bhojpuri music has earned her the sobriquet Bhojpuri Queen.

Initially trained in Kamrupiya and Goalporiya lokgeet by her artiste father, her first public performance was when she was just 4 year old kid. She was further trained by Dipen Roy and Shikha Dutta for Sangeet Bisharad in Hindustani Classical Music under Bhatkahande Sangeet Vishwavidyalaya, Lucknow. A disciple of legendary Ustad Ghulam Mustafa Khan, she is also certified AIR guwahati artiste and attains inspiration by the bard of Brahmaputra Padma Vibhushan Dr Bhupen Hazarika. Graduate in English literature, language and phonetics is her forte.