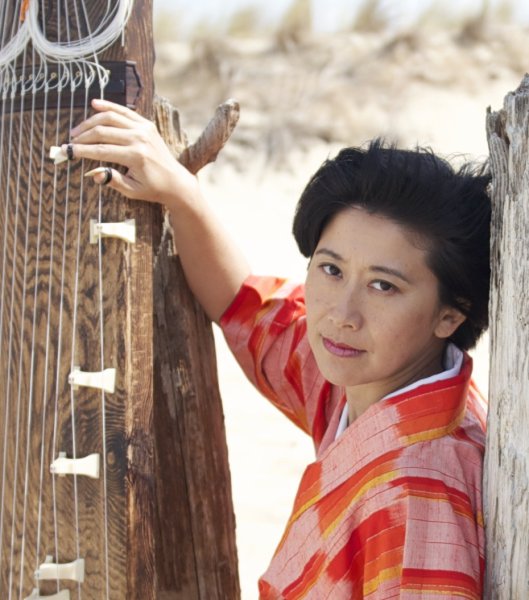 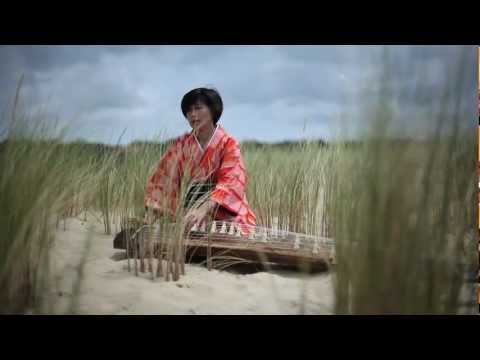 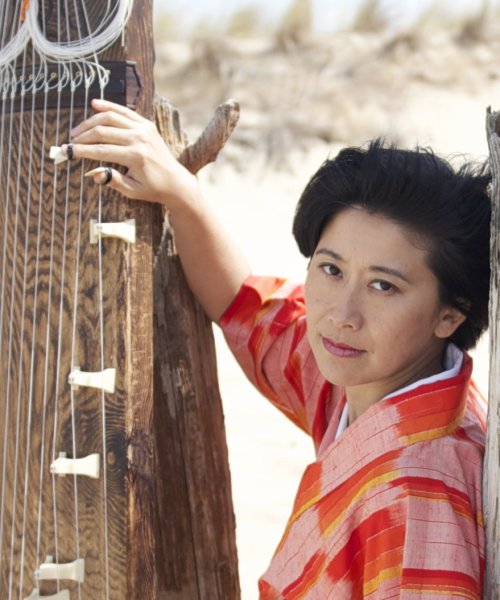 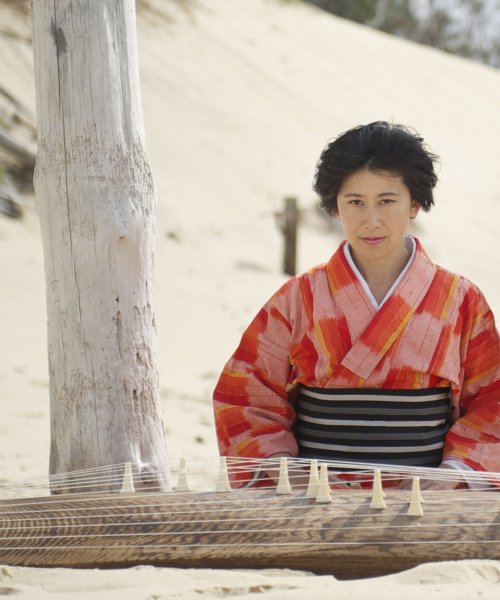 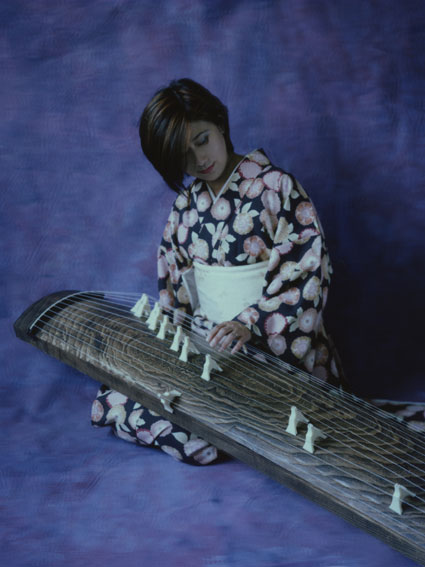 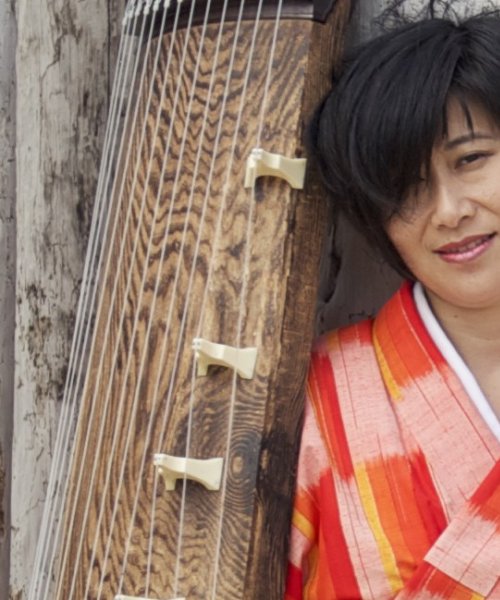 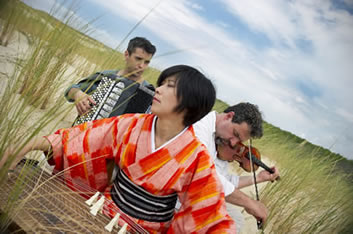 ABOUT
Born in Tokyo, Mieko Miyazaki started studying the Japanese Koto with Tomizo HURUYA sensei and Sachiko Tamura sensei. After being accepted to the “Tokyo National University of Fine Arts and Music,” her training finished with an invitation to perform as a soloist in the presence of the imperial couple in Japan. She graduated in 1992, and the following year she was awarded the highest distinctions by the national radio NHK-FM. Chosen by the “Japanese Foundation” to represent Japan during international cultural events, she performed various concerts in Asia, Europe and throughout the United States.

With already a career at a young age, she revealed an unexpected talent in lyricism and composition and created several original works for the NHK children’s programs as well as creating an association in 1998 with young talents to promote and develop the traditional Japanese Music.

In 2003, her work “The Current,” (CD Columbia Records-Japan for the duo “East Current,”) for Koto and Shakuhachi Flute, was directed by Master Dozan FUJIWARA and is considered one of the thirty most beautiful compositions of all time by the Hogaku Journal specialists, “the Kotoby”.

Her compositions have been praised by MIYAKO Itchu, the famous master of Shamisen, as well as supreme recognition from the legendary Koto performer Mrs. Kazue SAWAI who said, “Mieko Miyazaki’s compositions really open up a new perspectives in Koto music”.

Moving to France in 2005, her European career began quickly despite both herself and the koto being relatively unknown to the European market. Mieko Miyazaki became immediately recognized and established worldwide as one of the leading figures in Japanese Koto and pushing the limits and capacities of her music and instrument in many different music genres.

Mieko Miyazaki composes and performs live music for the Ariadone Ballet Company “At IKKYU”, with choreographer Carlota Ikeda. New projects include combining Koto and Erhu with the Chinese virtuoso Guo Gan (“NEN NEN SUI SUI” CD 2012 Daqui/Harmonia Mundi). All which are a result of many interviews and presentations for France Musiques, France Inter, FR3, Arte, Fuji TV which balance a busy international touring schedule taking her to all corners of the globe from Europe, the USA, China, South America, India, Korea, Canada, Taiwan, Turkey, Egypt, Madagascar and Japan.

The unusual alliance of three instruments: Bruno Maurice on accordion, Manuel Solans on violin, and Mieko Miyazaki on the koto, three profoundly different identities fuse. You will hear the winds of freedom blow, allowing multiple influences to fuse, jazz, tango, musette, contemporary effects. Completely new musical style where you can find something of your his roots and yet discover something new.