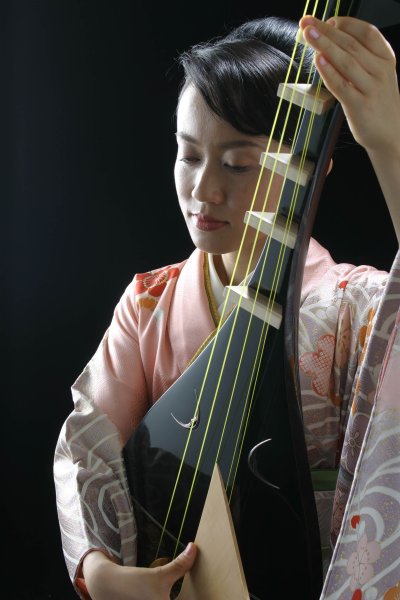 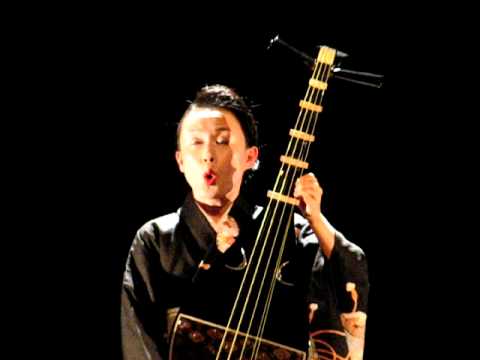 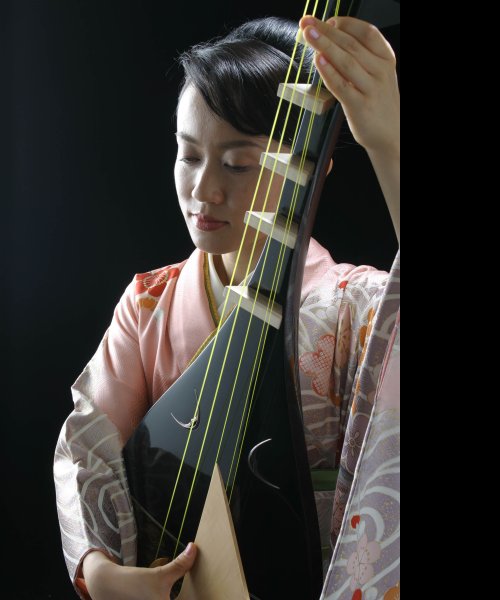 ABOUT
the November Steps (1967), a concerto for shakuhachi and biwa, performed with such incredible intensity by Kifu Mitsuhashi and Kumiko Shuto. Their technical, intellectual and emotional commitment to the work – including an enormous cadenza that sees the two instruments voyage through spectacular timbral terrain – was by some margin the highlight of the day. (by Igor Toronyi-Lalic 4th Feb 2013 for the Arts desk.com)

Born in Tokyo, Kumiko studied biwa under Mr.Yukio Tanaka and classical music at Tokyo College of Music. In 1998 she graduated from the 43th NHK Japan musical technician academy with first prize, in 2001 she joined the Japanese instrument orchestra Pro Musica Nipponia.

In 2002 Placed 1st in the Japan Biwa Music Contest, won Ministry of Education Prize and NHK Prize. Since then she has been performing as one of the most acclaimed Satsuma Biwa players in Japan and abroad. She collaborated with top artists including Kifu Mitsuhashi with whom she performed “November Steps” ,a masterpiece by Toru Takemitsu for biwa, shakuhachi and orchestra.

Her major performances in Japan and abroad:

2004 Performed “From the land of the rising sun “in Cyprus.

Performed with the Japanese Music Ensemble “Subaru” in Singapore.

2011 Toured in Belgians and Holland with Court Music Orchestra from National Gugak Centre in Soul as part of 1st edition of Asia Music Festival.