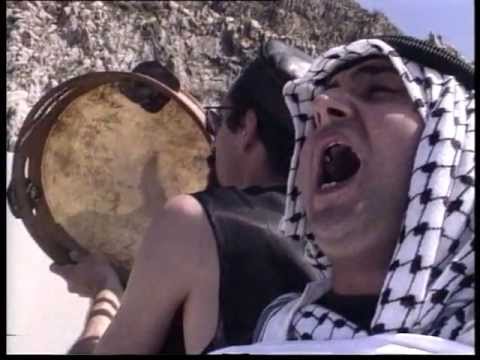 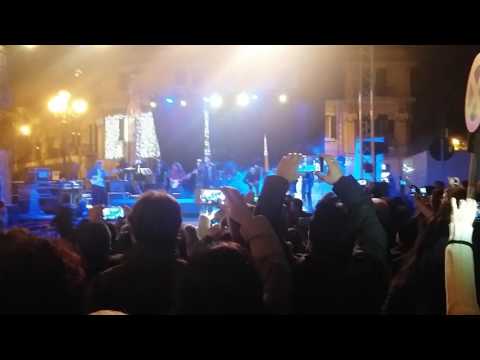 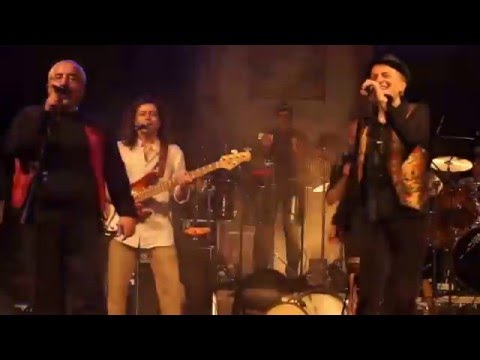 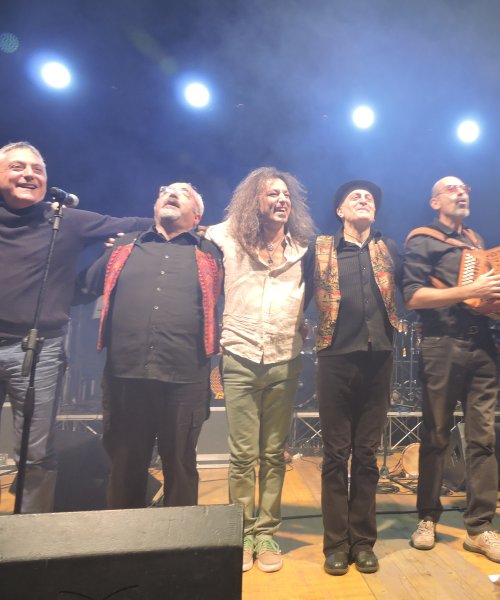 ABOUT
Kunsertu was born in 1979.In 1995, after 4 discs, 2 singles and tournees around the world, the group's activity was interrupted for innumerable historical, human, artistic and contractual reasons, a cycle ended definitively.The various wandering souls took different personal and artistic paths.Born international projects such as Dounia (with Faisal Taher) and Nemas Project (with Maurizio Nello Mastroeni, Giacomo Farina, Roberto De Domenico, Egidio La Gioia) were born, but an invisible wire kept them close to the common Kunsertu home. Indeed the mature experience strengthened their artistic, human, and mutual respect.TODAY the band stands out as a new artistic platform, where the legacy of a politically, socially and culturally rich past is part of, and where the consolidated melting pot expresses a new musical vision that interacts with the tumultuous facts of the world.It is no coincidence that the Arabian historical singer is in the group because with Faisal Taher he continues to talk about the burning wound of Palestine and the phenomenon of immigration. It is no coincidence that the author of almost all of Kunsertu's songs, Maurizio "Nello" Mastroeni, is called with his artistic sensibility to tell about Turkey and Africa, experiences that have enabled him to create songs of his own Painful beauty. It is no coincidence that Giacomo Farina, the founder, artist, manager and artistic director of the group, offers a thirty-year experience to continue witnessing problems related to the mafia, corruption and low politics. And what about the historical and volcanic percussionist Roberto De Domenico, the talented drummer Franco Barresi (a stable member from 1993 to 1995) with dozens of collaborations with artists from the Italian landscape and beyond. These include Egidio La Gioia who in the past collaborated with Kunsertu, covering the roles of drummer, phonics and backvocal, today leader voice and the great experience and passion of the phonemic Gaetano Leonardi, the leading axis since the beginning thanks to which the group could Invent and calibrate your own original sound.Finally, Fabio Sodano's involvement with the ethnic winds, Matteo Brancato on keyboards, Massimo Pino on the bass and Gianluca Sturniolo at the sax closes a rope of phenomenal musical power that can still play and sing in all the languages ​​of the world.