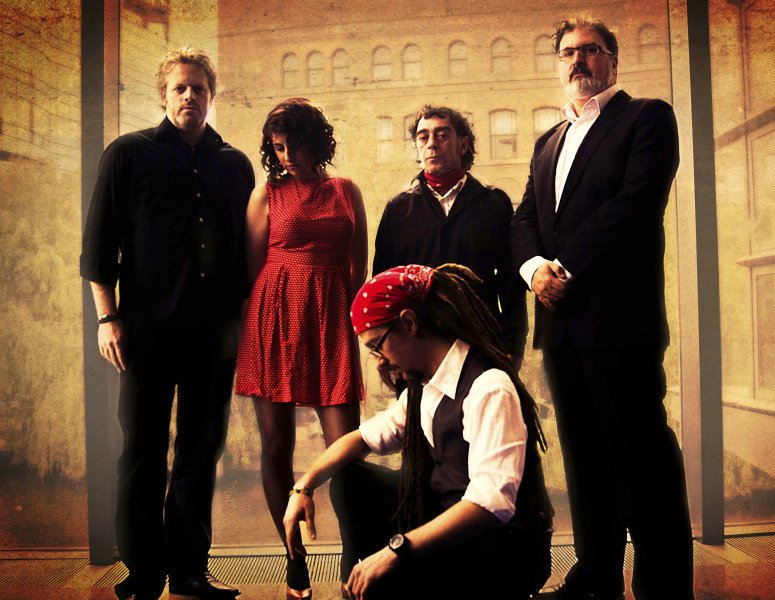 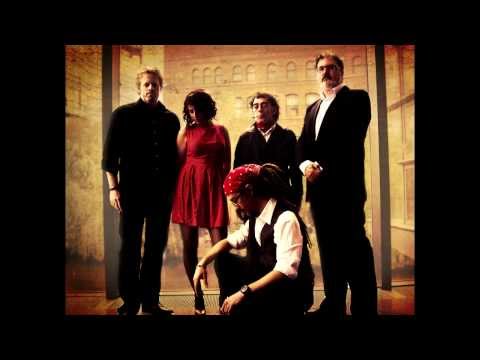 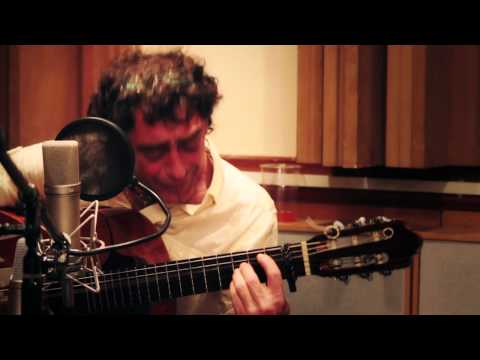 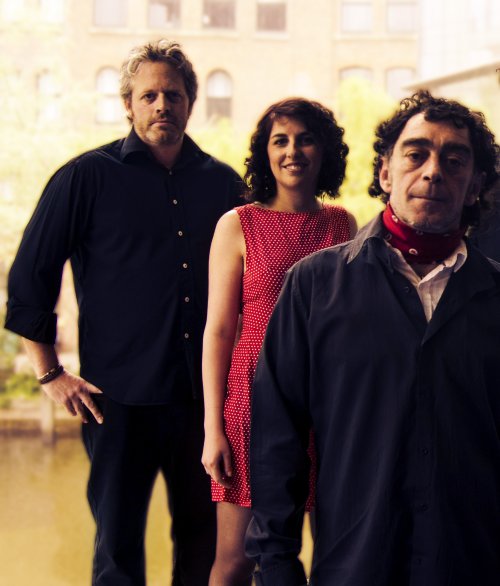 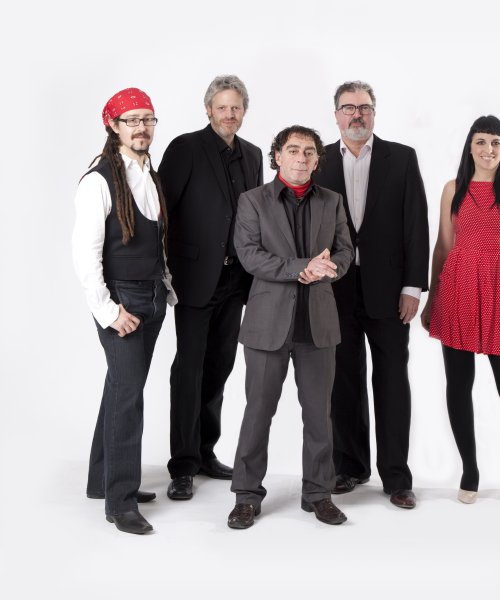 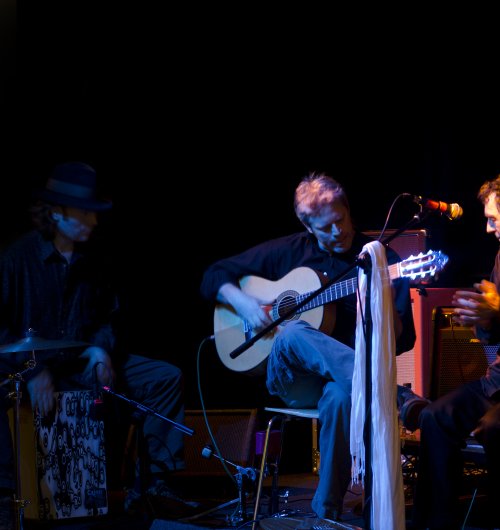 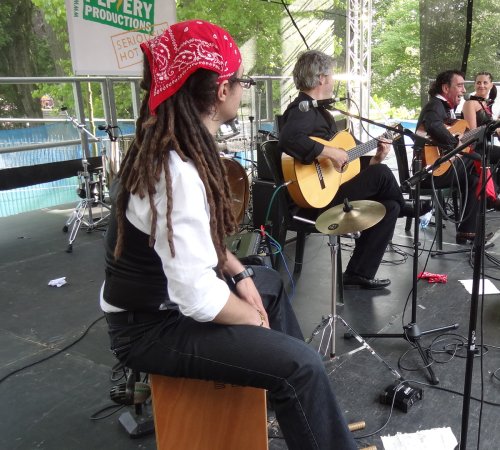 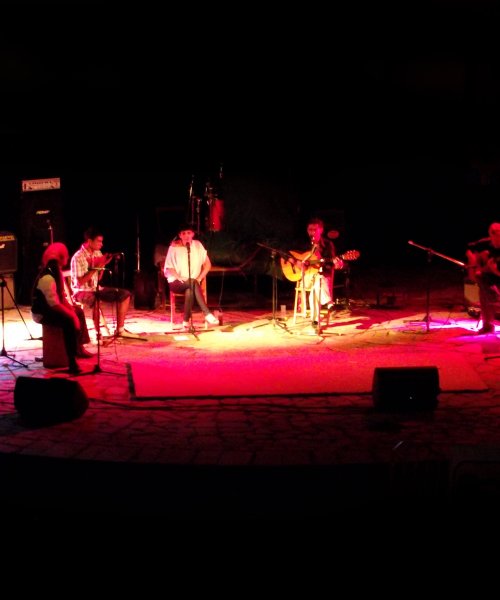 Founding members Chico and Glenn composed most of the tracks heard on this beautiful recording. Chico draws inspiration from his childhoodexperiences in Triana, a neighbourhood on the western side of the Guadalquivir River in Seville, while Glenn Sharp, who crafted his incredible guitarplaying under the tutelage of flamenco maestros Juan Martin and Francisco Morales, expands the sound via his multifarious fluency in flamenco,Turkish and Arabic music. Together they create a new brand of flamenco that is full of energy, spontaneity and experimentation, taking this mostfamous of musical forms in new and exciting directions. This isflamenco at its finest, by a group of artists who have incredibly diverse musical stories.

Chico Pere is from a family of flamenco singers and whose history can be heard in the truth and resonance of his voice. Glenn Sharp has performed internationally with numerous acclaimed world music artists including Nitin Sawhney, Guy Schalom and Nizar Rohana, and has worked on projects in African, Arabic, Indian and Latin American music. These experiences have enabled him to subtly incorporate this musical knowledge and awareness almost subliminally into any musical project that he is involved with. This broader understanding of many musical styles and cultures truly sets his playing apart from other flamenco guitarists. The musical partnership ofGlenn and Chico is beautifully illustrated on the track ‘En El Puente’ where thelyrics refer to ‘Triana’s bridge’ where the protagonist ‘gazed at the waters’. The guitar parts here are stripped back, but delivered with exquisiteelegance and purpose and beautifully compliment Chico’s coarse and passionate vocals. Other flamencopalosnestle alongside sultry seguiriyas, liltingrumbasand fast-movingbulerías.

Calaita’s last two years have been jam-packed with gigs and tours across the UK and Spain. Venues that have welcomed the band’s headstrong flamenco grooves include The Bridgewater Hall and The Royal Exchange Theatre in Manchester as well as El Parque del Salao and La Casita Papel in Spain.Calaita Flamenco Sonis the group’s debut release on Riverboat Records and captures the spirit of their dramatic live performance, expressing perfectly Calaita’s mysteriousduendespirit. The entire album was recorded intensively over three days at Wavelength Studios in the United Kingdom. The tracks were laid down naturally often without copious retakes, cementing the natural and organic musical feel heard throughout.

‘Un Mensajito’ is a up-tempo tango influenced track, driven by Chico and Glenn’s pulsing guitars. Matt’s trilling saxophone riff repeats throughout whilecajonand handclaps add to the tight rhythmic structure. ‘Tu Mirada Flamenca’ (Your Flamenco Look), fuses traditional Spanish style with a ballad feel. Drawing on typical flamenco drama the lyrics are sung by one pining for his lovers ‘black eyelashes’ and ‘honey coloured eyes’. ‘Una Mujer Como Tu’ plays on the Latin flavours of a traditionalcolombianaand spotlights Chico’s bounding and leaping vocal range. ‘Entre El Tardón Y Triana’ is composed in a 12-beat traditional flamenco form calledalegrías, this one in the style of analegria de Cadizwith the familiar opening lyric'tiriti tran'.‘Que Lejos Está Japón’ is a traditionalbulerías, the fastest and most energetic of all flamencopalos(forms). ‘Si Tu Me Cantas La Caña’ is an‘ida y vuelta’guajira’,meaning it is a dance form that was brought back to Spain by sailors from the New World – in this case from Cuba. ‘Quedate Con Tus Anillos’ is aseguiriya, a form considered the hallmark of the most emotional and serious genre of flamenco,cante jondo.‘Rumba del siete’ also draws on Afro-Cuban music that returned to Spain, this time the sexually provocativerumbadance is explored.

This is flamenco as you have never heard it before. Their vibrant sound presents the passion of traditional flamenco alongside the energy of flamencorumbaand jazz. Calaita’s unique sound is set to soar.

'a vibrant, high-quality release of musical ingeniousness'- Inside World Music

flamenco at it's finest- Folkworld

'The musicianship throughout the CD is stunning and Chico has a voice to die for - powerful and sensitive in turns it really does have to be heard!'- Fatea Records