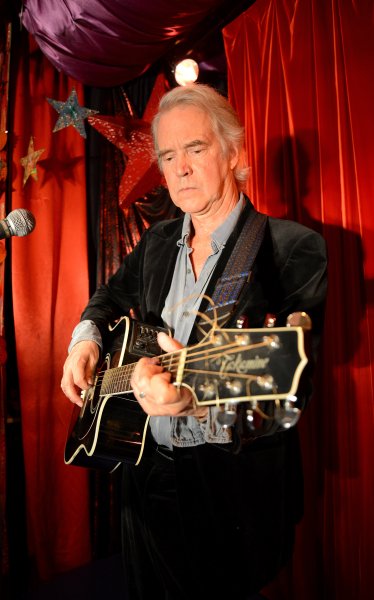 Coming To
by Steven Gray

One Foot In The Grave
by Steven Gray

I Want It
by Steven Gray 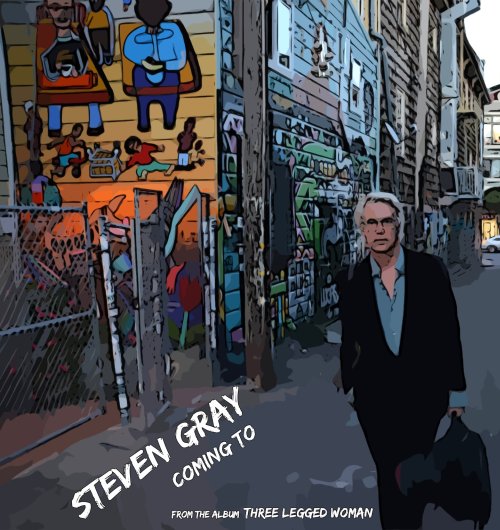 ABOUT
Steven Gray has been living in San Francisco since 1849 and has rent control. Self control is another matter. He reads his work all over town.

In his own words -

As a writer and musician I’ve been under the influence of a lot of people, probably too many to mention. In high school in the late 1960’s I was preoccupied with Bob Dylan and reading the beat writers, along with a French poet from the 1800’s - Rimbaud. I was in Los Angeles at the time, which had its downside, but there were bands passing through like Cream and Jimi Hendrix. I had a Navajo friend who played bass during our wine-soaked music sessions in his liberated garage. We were going to be the next Hot Tuna. He would go to the reservation in New Mexico and bring back peyote. We had some before going to a drive-in movie in an old pickup to watch “2001.” While living in an old Victorian mansion in San Pedro during my second year of college I went to see Captain Beefheart in a small theater.

I moved to San Francisco when I was 20 for two more years of college, studying with the Greek surrealist poet Nanos Valaoritis and the novelist Kay Boyle. I was reading my poems at Minnie’s Can-Do Club in the Fillmore and the Old Spaghetti Factory in North Beach while living in the Haight. During my last year of college I had an enormous studio in a converted factory in the Mission District called Project Artaud. I was on the corridor known as “Alchemical Rhetoric,” living next door to a clown troupe who would come home late at night blowing trombones. The place had thin walls and open minds - there were performers, artists, acid heads, etc.

The move to SF pushed writing into the foreground while the music took a backseat for many years. Most of my life has come with strings attached, however, and I kept playing guitar in private and going to clubs for all kinds of music. I met a French woman during a sojourn in LA and we were together for ten years. We spent a year in Europe, like the grand tour in slow motion. While in Paris I met the poet Gregory Corso.

Back in the states, I saw the Ramones and Iggy at the Santa Monica Civic in 1978. I liked the Sex Pistols and was going to a punk club in North Beach. I was still under the influence of writing, which had a hand in keeping me off the stage.

It wasn’t until the early 90’s when I was 40 that the music came into its own again, as far as playing with others, writing songs, and recording. It helped that I met a few guys who were into that sort of thing. One of them said, “You sing like Donovan, but you play guitar like Johnny Winter.” He was a heavy drinker, so I’m not sure if that’s an accurate assessment, but it does express a long preoccupation with the blues.

Eventually I made it back to the stage, performing at venues all over San Francisco - reading poems (sometimes with stand-up bass, sax, and bongos), or accompanying other poets on guitar, or playing my own songs. All of that was going full steam for a few years when I went to visit my sister at a yoga retreat about half an hour from Santa Cruz: Mt. Madonna. She knew a guy with a small recording studio down the road. That was Daljeet Singh, aka DJ, who was born and raised in India. We started recording, what with him being a good recording engineer (I call him the Laughing Engineer), as well as a musician. This was Casa Ganesh.

While slowly recording the songs for the cd, Three-Legged Woman, I also published two books of poems: Shadow on the Rocks (2011) and Jet Shock and Culture Lag (2012).