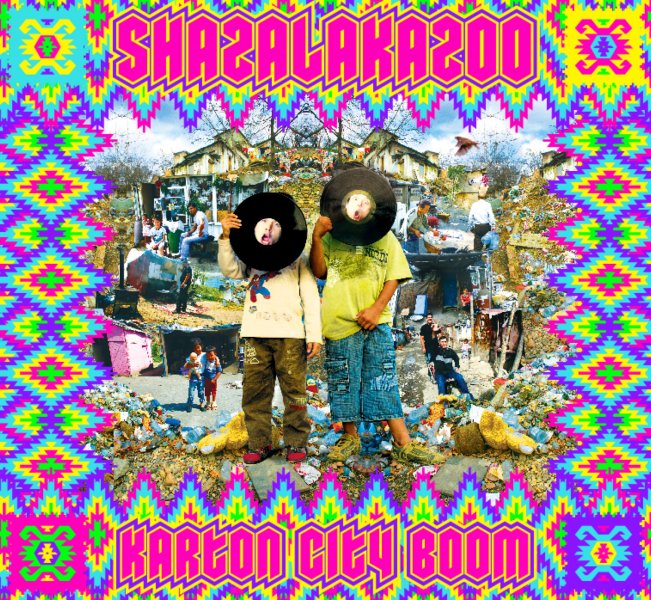 + 6 more
ABOUT
Shazalakazoo is an electronic music band from Belgrade (Serbia) formed by Milan Djurić and Uroš Petković. The band composes and performs danceable electronic bass music heavily spiced with live sounds originating from the duo's own region - the Balkans. Their interpretation of Balkan melodies, harmonies and rhythm patterns are often intertwined with influences from Latin America and/or Sub-Saharan Africa, creating a unique musical blend which they call the Folkstep. * * * The 21st century is still young yet it already left a huge, almost revolutionary legacy behind: a comparatively sudden drop in prices of high-tech goods and its mass-scale production caused by business strategies of East and South East Asian countries. While new ports are built on Chinese shores to export more goods, poor segments of population across the world are increasingly embracing top-notch technology, which seems to have never been the case in history, at least not on this scale. Computers with Internet access have become commonplace in slums of the developing world. Their dwellers now use phones with cameras and many more functions like their wealthier suburban neighbours. Technology has in one way or the other become accessible to all. This accessibility and this popular use of new technologies have inevitably brought changes into all pores of society. Electronic music has long been a privilege of the population of advanced countries or of upper classes in the developing world. With the general cheapening and increasing accessibility of computer equipment and accompanying music accessories, we now have, for the first time, electronic music made by the poor. Almost in a synchronized manner, new electronic music trends are sprouting in shanty houses across the globe. For instance, we have baile funk in Brazilian favelas and kuduro in Angolan ones; there are kwaito and shangaan electro in South African townships and tallava in karton cities of the Balkans.

Newcomer shantytown music producers in all these different regions use almost identical methods to create their music. They first make an electronic music base on the computer to which they add elements of local traditional music and then record vocals on the top of it all. The result is numerous music movements which are, substantially, and on the level of ideas, very similar to each other. This music is actually dance music, music for entertainment, a pastime. The idea of this album is to merge the elements of those fresh electronic music movements of the developing world and its diaspora with the trends of their Balkan equivalents, into an integral sound. The outcome is the booming sound of karton (cardboard) cities, as Belgraders refer to their shantytowns. Enjoy the Karton City Boom!