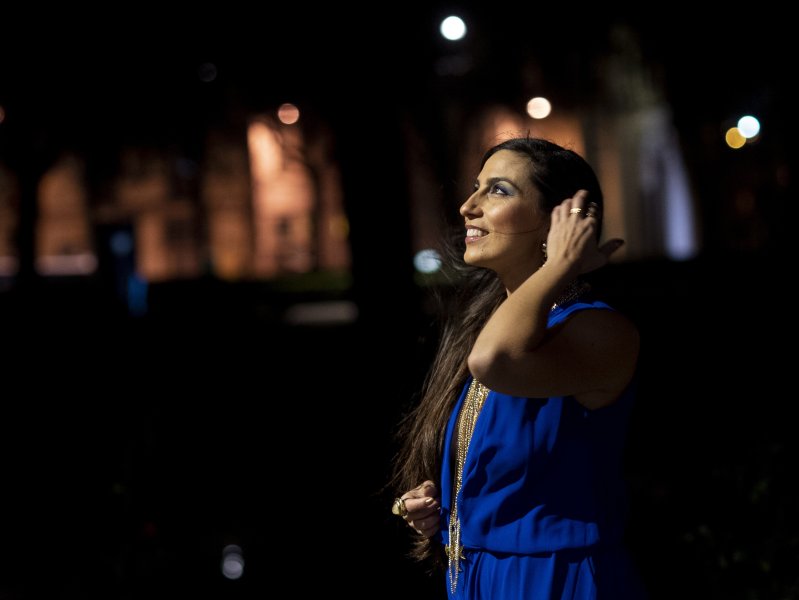 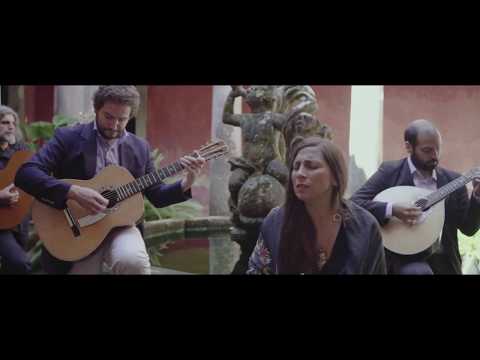 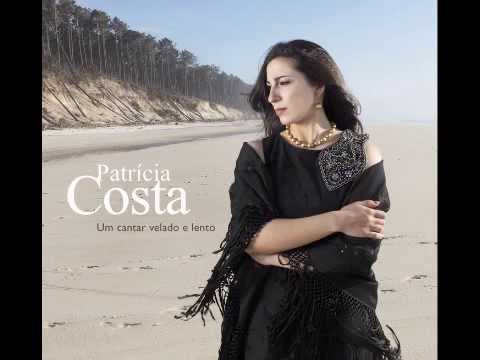 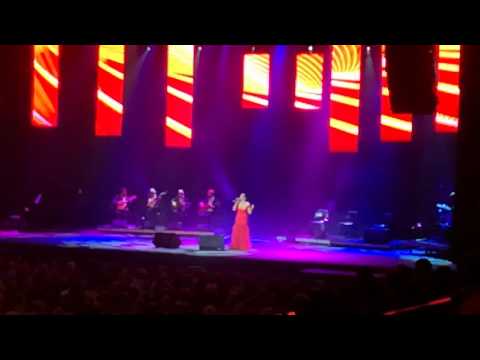 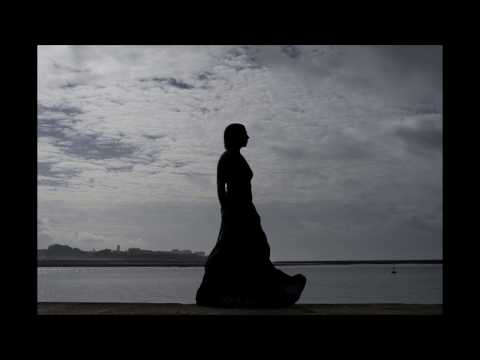 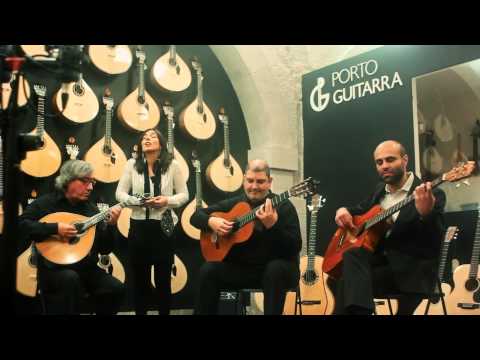 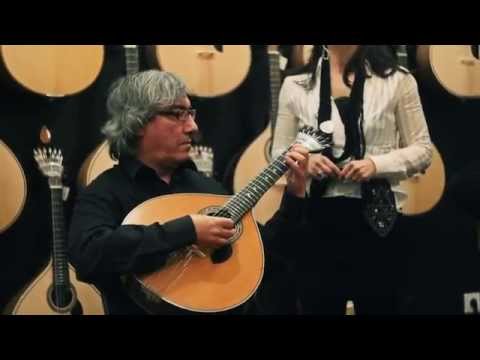 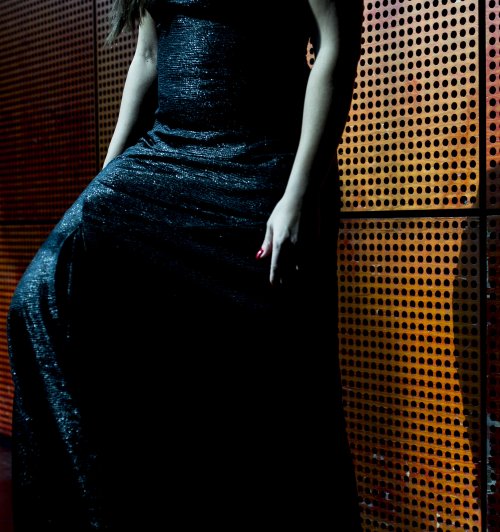 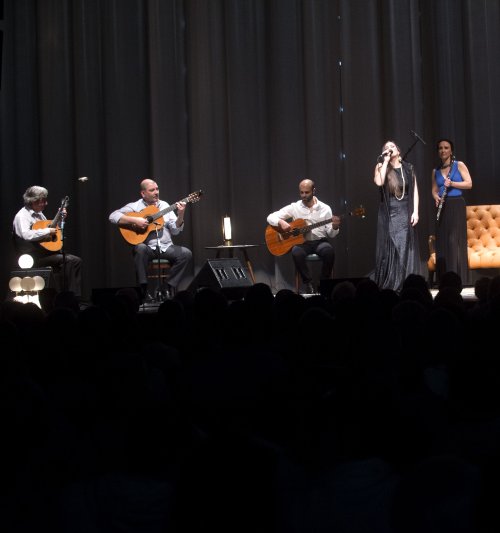 + 1 more
ABOUT
Born in the north of Portugal, Patrícia Costa grew up listening to portuguese tradicional music. Fado took over her aesthetic preferences at early age. Patrícia sang for the first time live public at 8 years old, in 1991, on a sold out Teatro Jordão, Guimarães, and after that she performed in several radio shows and live concerts. Amália Rodrigues remains her most important influence.

Patrícia started music studies at the age of 9, at the Regional Conservatory in Vila Nova de Famalicão/Caldas da Saúde, where she copleted the Complementar Degree of Musical Education, learning both classical guitar and classical singing. Through her music studen path, is of note the participation as a soilist in the "The Sound of Music" concert presentations with the juvenile orchestra of the conservatory; and in "The Merry Widow" recitas with ARTAVE Orchestra directed by Maestro MAnuel Ivo Cruz, a co-production between the Conservatory and the Opera Company of the Royal Theatre of Queluz (2001).

Since 1994, Patrícia has often being performing abroad, in cities like Geneva (Switzerland), Freiburg and Gross-Umstadt (Germany), Madrid, Vigo, Huelva (Spain), Helsinki (Finland), Johannesburg and Pretoria (South Africa). From these presentations, are of note her five concerts in Corsica (2007) at the famous festival "Rencontres Musicales de la Mediterranée", where she was part of the portuguese representation by invitation of Oporto Superior School of Music and Performing Arts, along with their Clarinets Quartet.

Through the years, Patrícia has performed in several of the most important portuguese concert venues, such as Coliseu do Porto, Casa da Música, Teatro Rivoli, Teatro Sá da Bandeira, Alfândega do Porto, Palácio da Bolsa, Palácio do Freixo, Casa das Artes (V. N. Famalicão), Centro Cultural Vila Flor (Guimarães), Centro de Artes de Ovar; as a solo artist or being invited to Galas or other presentations. Patrícia also performs frequently at institucional events, such as recently did at the Mediterranean Summit (February 2017), where the artist presented her repertoire at a mini concert planned by the Portuguese Republic Assembly and Gaia Municipality.

Patrícia Costa is a resident fado singer at "O Fado" (restaurant/fado venue), since 2009.

In 2010, the artist released her debut album "Um cantar velado e lento" ("A slow and concealed chant"), a journey through some of the greatest portuguese poets of all times, especially contemporary, such as Fernando Pessoa and Sophia de Mello Breyner Andresen, in a mix of recovered old melodies and new compositions.

In 2014, Patrícia performed at the fado festival "Cais de Fado" (org. Casa da Música and Gaia Municipality), presenting a cicle of three concerts devised especially for this event, setting sail from the most authentic fado tradicion, paying tribute to the fado legacy of Oporto, and finnaly droping anchor at a the quay of modernity sounds; in the same year, she performed at the 3rd edition of "Fado no Museu" (org. Port Wine Museum, Oporto Municipality) and at the first edition of "Famalicão Fado Festival" (org. Famalicão Municipality) - all these concerts were sold out and got enthusiastic reviews.

In 2015, the artist performed in the 1st edition of "Caixa Ribeira Festival", the most important fado festivals in the country, and in the 2nd "Famalicão Fado Festival" edition. Later that year, she premiered her concert "Um Natal Português", a Christmas concert for fado ensemble, out of old portuguese folk christmas carrols arranged by the artist.

In 2016, Patrícia was invited again to Caixa Ribeira, performing in two shows; one of them was also presented in Caixa Alfama this same year, corresponding to the artist's debut on the Lisbon edition of this important festival. Patrícia's 2nd album, "Fados", was presented in July 2016 at Hard Club, Oporto; concerts of this album happened in Casa da Música (July and September 2016) and other venues of the north region of the country, as well as in tv shows and magazine interviews. Establishing a genuine and sober approach to the most tradicional fado repertoire, in "Fados" Patrícia also presents new original compositions, and even rescues some old folk melodies. In the summer, Patrícia was again invited for "Famalicão Fado Festival", establishing a close connection to this event and its audience. In October, Patrícia performed at Coliseu do Porto for the "Fado Gala - 30th Anniversary of Radio Festival Broadcasting", among some of the greatest fado singers of our time, such as Camané, Ricardo Ribeiro, Raquel Tavares or Ada de Castro. Still in 2016, she iniciated her colaborations with the director Tiago Pereira on his video/research/documentary project "A Música Portuguesa a Gostar Dela Própria" ("Portuguese Music Liking Itself"), performing in several video editions. Late in December, Patrícia presented her "Um Natal Português" concert on the "Cantar o Natal" cicle (an iniciative by V. N. Famalicão Municipality).

In January 2017, Patrícia was claimed on Time Out Porto magazine as one of the 10 Oporto Artists to be following. Still in January, she presented her album "Fados" at Casa das Artes (Famalicão), by invitation of this important music venue's director and programmer, Dr. Álvaro Santos; and also starred as invited guest singer on the concert "Mulheres do Brasil", that happened in Centro de Artes de Ovar. In February, Patrícia performed for the shooting of Oporto episode of CNN's show "Parts Unknown" by Anthony Bourdain, that will be released on July 2nd 2017, on CNN. On the 15th of April, 2017, Patrícia performed a overbooked sold out concert at Sala 2 of Casa da Música, Oporto, for her debut as executive producer of her shows. On the program, there were songs from both her albums, plus five new releases that were requests from the artist to three great composers: two fados written by Ângela da Ponte (contemporary composer and Composition teacher at Oporto Superior School of Music), two by the fado guitar player Pedro Fernandes Martins, and one by the brazilian poet and singer/songwriter Luca Argel. This show was recorded live by Ricardo Gandra, filmed by director Pedro Neves and photographed by photojournalist Paulo Pimenta. In May, Patrícia continued her colaborations with "A Música Portuguesa a Gostar Dela Própria" project, performing two of her new fados; this time, "Vai que vai" written for her by Pedro F. Martins, and "Saudade", composed by Ângela da Ponte and performed by both, singer and composer (playing the portuguese folk string instrument Viola da Terra).

Since 2015, Patrícia teaches at Music Academy Valentim de Carvalho (Oporto) "Fado: interpretation and repertoire", a degree developed and structured by herself, with no similar others in the Oporto region. The artist has been presenting workshops on this subject, out of the Academy. Patrícia was admitted with high grade (19 out of 20) for a Master on Ethnomusicology, in Aveiro University, starting next September.

The artist is also a graduated nurse since 2008, but never practiced.