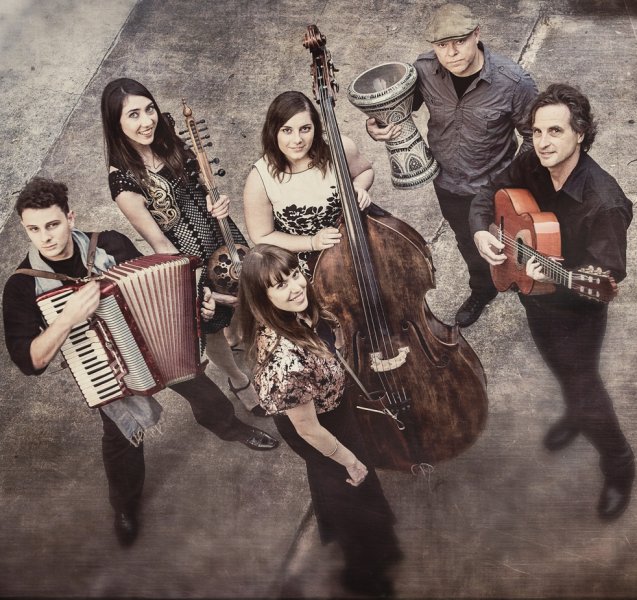 Enfant Du Chemin (Children Of The Road)
by Mzaza

ABOUT
Mzaza presents a show like no other, a show that will make your heart beat and your feet dance. Powerful, sultry multilingual vocals matched with sounds and rhythms from faraway places take audiences on an unforgettable musical journey. Influenced by her Spanish Sephardic roots, French-born front woman Pauline Maudy sings in French, Spanish, Ladino and Turkish. Together with talented instrumentalists she creates a unique blend of influences from the Mediterranean, the Balkans and the Middle East. Mzaza’s songs are inspired by tradition – gypsy passion, flamenco exuberance, the feel of the desert, and the spirit of French wordsmiths.

Mzaza’s sold-out shows across Australia and rave reviews have been demonstrations of confidence in the band. Jaw-dropping technique and unique compositions have earned them performances at major music festivals. Mzaza has supported artists of international standing such as Yasmin Levy (Israel), and Baro Banda (Turkey), and has two releases that receive national and international airplay.

The Brisbane six-piece is known for musical collaborations both live and in their recordings including with guitarist Andrew Veivers on their album Journey Over Skin.