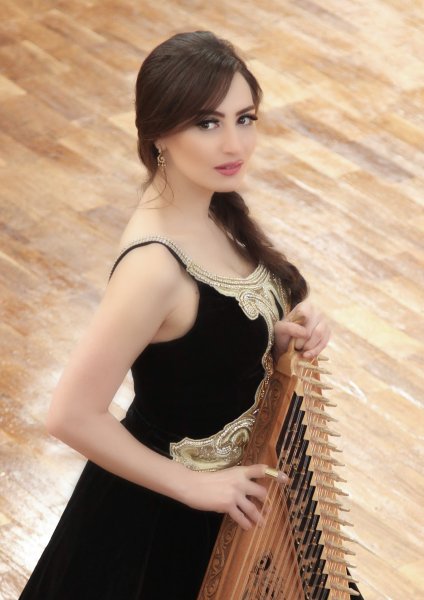 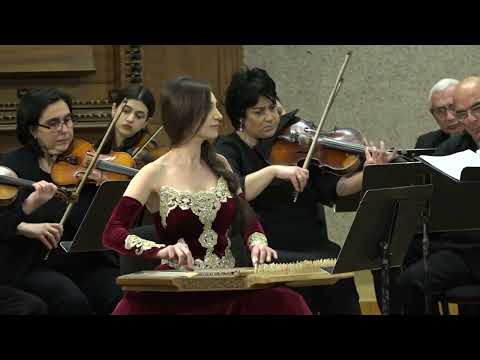 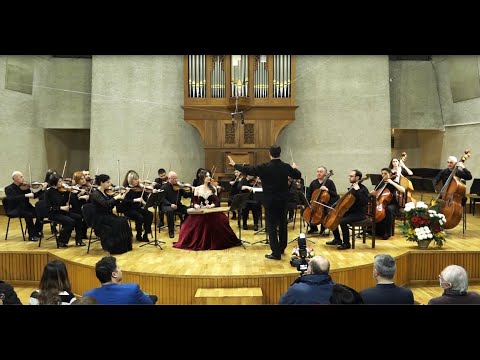 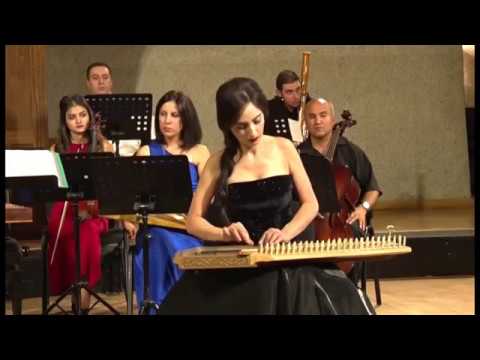 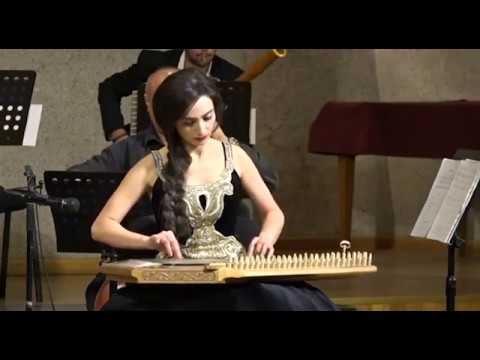 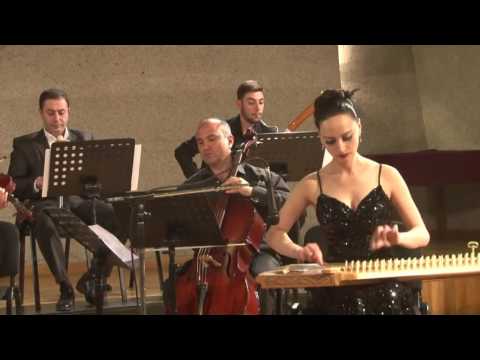 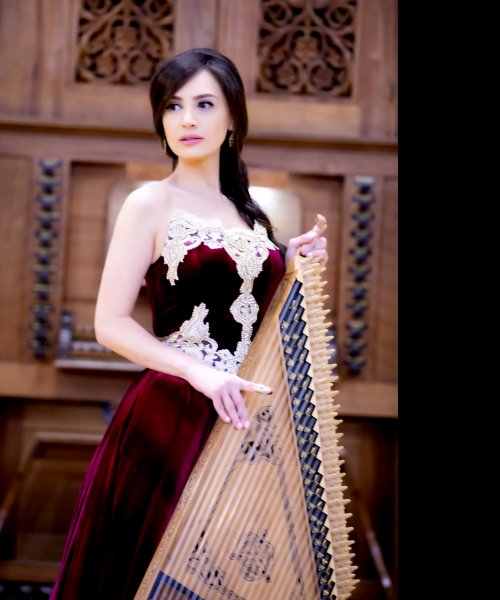 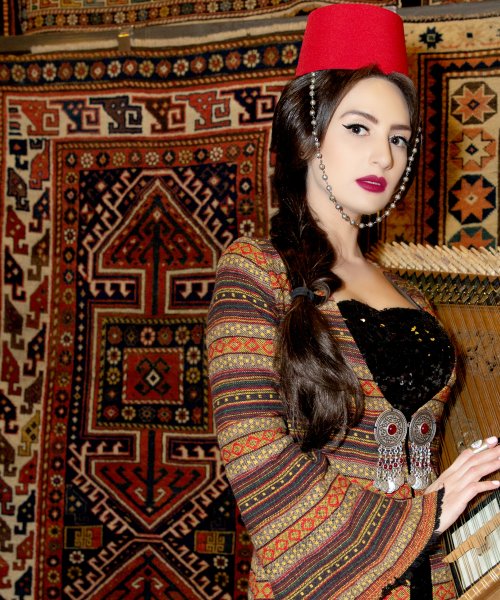 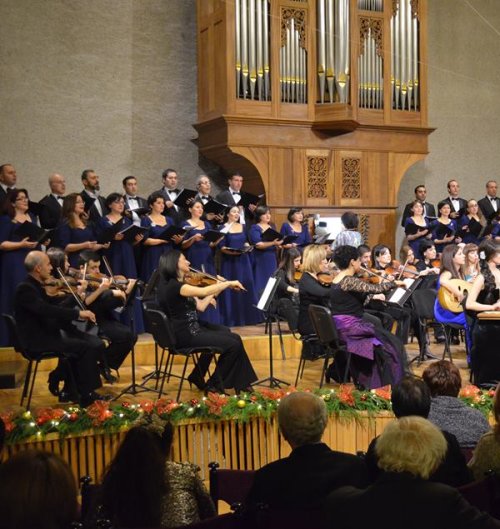 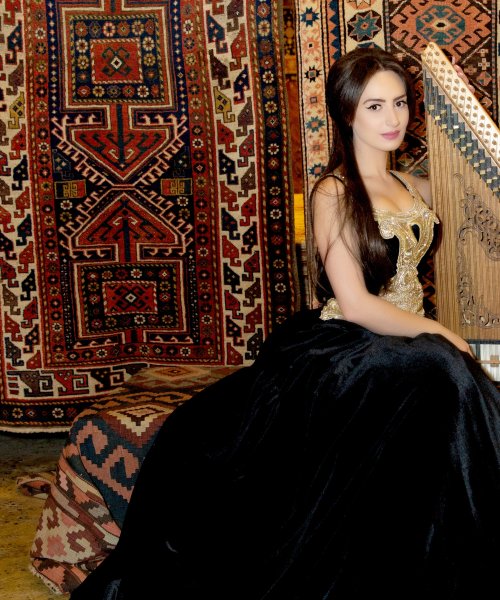 ABOUT
Marianna Gevorgyan
Talented qanun player Marianna Gevorgyan is yet so young but she already enjoys the love and respect of those who sympathize with the executive art of the national musical instruments.
Qanun is a national musical instrument since the 5th century. The qanun player flawlessly plays not only the virtuosic skills of the instrument but also its expressive tricks. She performs unique renderings of national and classical difficult compositions.
Marianna Gevorgyan was born in 1986 in Armenia, Yerevan. Marianna was prominent for her exemplary behavior and excellent progress, for which she was awarded a note of thanks by the Ministry of Education and Science.
She studied at the Musical School after Al. Spendiaryan, then graduated Yerevan Komitas State Conservatoire (bachelor’s, master’s degree, postgraduate course). Since the school years Marianna Gevorgyan worked at the orchestra of Children’s Philharmonic Society. During the student studies she worked at “Armen Akob”, then at “Armelectro” CJSC “Parvana” orchestra of national instruments, “Sarga” dancing group, National Center of Chamber Music Tagharan Ancient Music Ensemble (conductor- Sedrak Yerkanyan).
Marianna Gevorgyan has a splendid concert activity. She performed at all the districts of RA, produced CD-s and videos. She performed with a lot of concerts with student quintet in the districts of RA. She had five solo concerts with Armenian and foreign students. In 2011 she performed at Charity concert in retirement –house № 1 of Yerevan.
She has cooperated with prominent musicians. She performed charity solo concert in Artsakh. Marianna performed solo concert in Abovyan Criminal - Executive institution and kindergartens. She also presented a lot of classical difficult compositions and presented to the attention of the audience the wide possibilities of the qanun.
In 2016 she had a solo concert dedicated to Khachatur Avetisyans 90th anniversary at Komitas Chamber Music House, accompanied with Tagharan ancient music ensemble.
In 2021 she had a great solo concert dedicated to Khachatur Avetisyans 95th anniversary at Komitas Chamber Music Hall, accompanied with the “ Tagharan” the ancient music ensemble.
In 2022 she performed with a concert with National Chamber Orchestra of Armenia dedicated to Ruben Altunyan at Komitas chamber music hall.
Marianna Gevorgyan organized international festival with 30 country artists to play Armenian music together with her. She organized International Festival “Girl from mountain” and artists from different countries participated and played Armenian music with her.
She has been entrusted a number of premiers by famous composers such as Vardan Ajemyan and Yervand Yerkanyan. By the suggestion of Marianna, a work was written for organ and qanun, which is exceptional.
Numerous radio and tv shows of Armenia and outside the borders of Armenia dedicated articles to Marianna Gevorgyan. Armenian Famous writers have written about Marianna Gevorgyan in their books and present for her many poetry series.
World different painters painted portraits of Marianna Gevorgyan with music instrument qanun.
She participated in a number of international competitions-festivals and has been awarded the title of first-class laureate, gold medal, special awards "Stage Charm" and "Ambassador of Music".
The talented canonist participated in the Global Cultural Initiative "World Folk Vision 2020" world competition-festival and won the "Grand Prix" in the "Music of the Nations" category․ The latter was attended by 3950 participants from 115 countries.
Marianna Gorgyan has worked as a solo qanun player 2012 in the National Centre of Chamber Music, Tagharan Ancient Music Ensemble (artistic director: Sedrak Yerkanyan, Honored Cultural Worker of the Republic of Armenia).