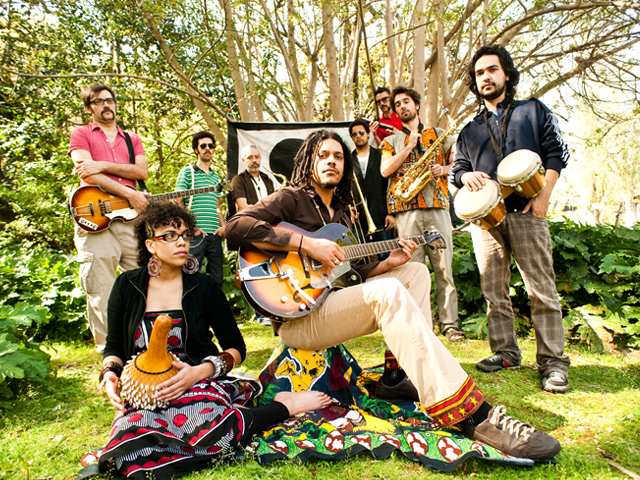 + 5 more
ABOUT
Lisbon has always been a stage for the meeting of several cultures, mostly due to the past of the city as the capital of a colonial empire in Africa and Latin America.

Nowadays it is a huge pot of creativity which attracts artists from all over the World and it is a privileged space where musicians find each other, share ideas and mix rhythms. It is from this mixture that, in 2005, afro beat collective Cacique´97 is born. With musicians with Mozambican and Portuguese origins, this collective incorporates members from groups such as Cool Hipnoise, Philharmonic Weed and The Most Wanted, well known projects in the areas of funk, reggae and the afro sound.

The passion for the music of Fela Kuti and Tony Allen has united these musicians for the pursuance of a common goal: to create a collective that mirrored the Lisbon mixture, by crossing the characteristic urban Nigerian rhythm which is afro beat, with the musical tradition of the African Portuguese speaking countries and of Brazil, whom has always been very present in the Portuguese capital.

Cacique´97 intend to give birth to a global soundtrack of the new times without losing the activist approach and the promotion of social awareness so fond to afro beat.