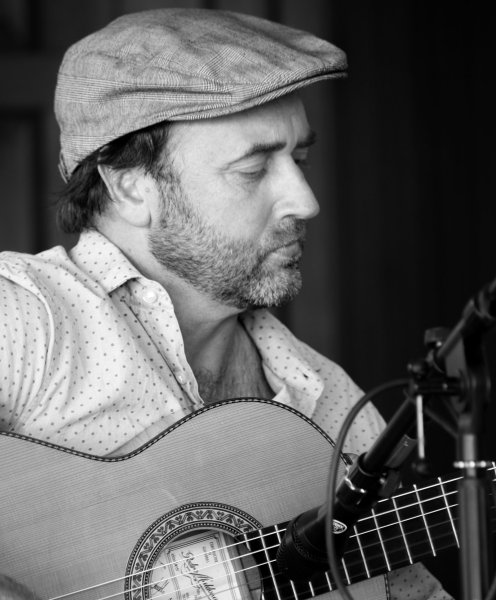 Here Me Are
by Andrew Veivers

The Knife
by Andrew Veivers 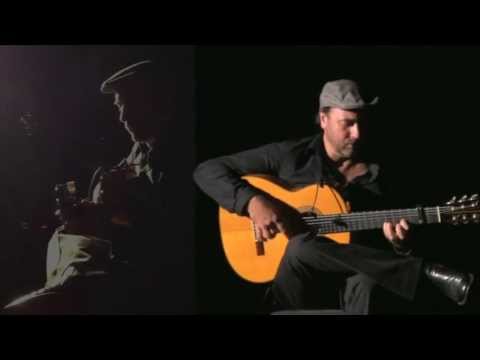 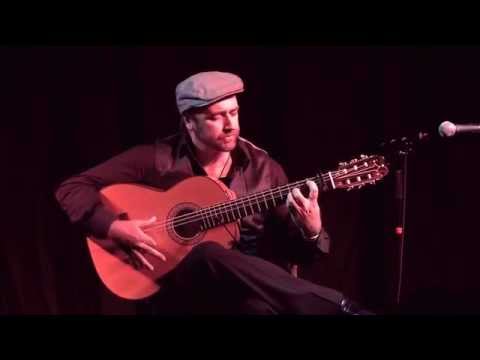 ABOUT
One of Australia’s finest Spanish Guitarists, Andrew Veivers draws on a wide range of musical influences to evoke the sensual and mesmerising sounds of the Spanish guitar in all of its guises.

From the beginning, Andrew combined the traditional study of flamenco with the formal training of the classical guitar. After graduating with a Bachelor of Music in 1993 from the University of Queensland (St. Lucia) Andrew spent 3 years studying, teaching and performing in London, Madrid and Amsterdam.

Over the past twenty years Andrew Veivers has established himself as a musician, teacher, director and composer of the highest calibre - touring, recording, composing, and arranging extensively for solo projects, his groups Flamenco Fire and The Saruzu Quartet as well as for great Australian artistic institutions such as The Sydney Theatre Company and Woodford Folk Festival. With appearances in venues ranging from Blenheim Palace (UK) to The Dillington Classical Guitar Festival (UK) to chamber music series' in The Netherlands to concerts in Japan and performances at many of Australia's leading concert venues and festivals, Andrew's many projects have consistently received great critical acclaim.

For the past decade Andrew has been developing a very personal and clearly identifiable compositional style. His passion for both the classical and flamenco worlds of music, song, and dance have resulted in compositions that stylistically draw inspiration from greats as diverse as Manolo Sanlucar, Steve Reich, and Manuel de Falla while retaining a clearly individual lilt. Deeply rhythmical, harmonically adventurous, and unashamedly lyrical, the architecture of Andrew's compositions reflect his ability to seamlessly join the rigorous research of a topic with the emotive goal and direction of a lyric or melody.

"...Veivers draws on classical and other influences to evoke the full sensuality and subtlety of the Spanish guitar while retaining Flamenco as the core component..." (Tony Hillier - Rhythms Music Magazine)

"..Each moment in this performance was a spectacle, each song a triumph and all of the dances were superb and electrifying. It made me sad to know that this was such a short lived run in Brisbane, but what a run, what a show. It is not in my habit to completely praise every aspect and element of something that I view and it surprises me with the degree to which this show was outside my comfort zone to be giving it a well deserved and highly enthusiastic five stars and faultless review.." (Brent Downes, Theatre People)

"..Andrew Veivers is an Australian with a flamenco soul.." (Olivia Stewart, Courier Mail)

"..The energy in this show is breathtaking. Both the musicians and the dancers give so much to their performances....For two hours last Thursday evening I felt like I’d left Brisbane and had, by some inexplicable musical effect, been transported to Seville. Ole!.. (Glenn T, FMV TV Inside Entertainment : Theatre Review)

"..Saruzu's evocative filmic style conjures a world beyond the music; both of intimacy and grandeur.." (Michael Peterson – Woodford Folk Festival)