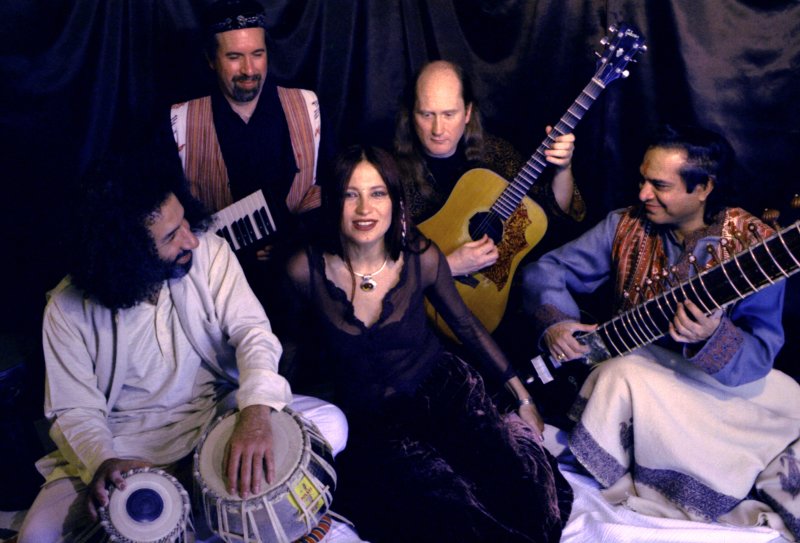 Yearning For The Wind
by Ancient Future 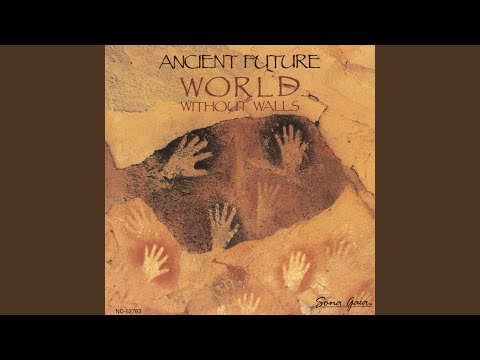 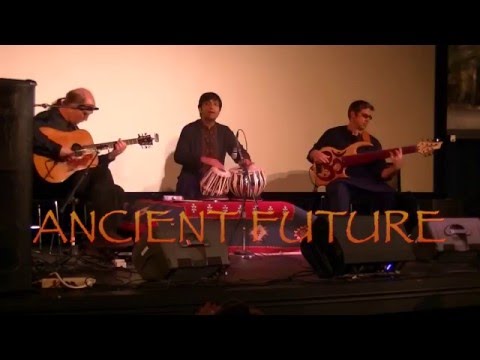 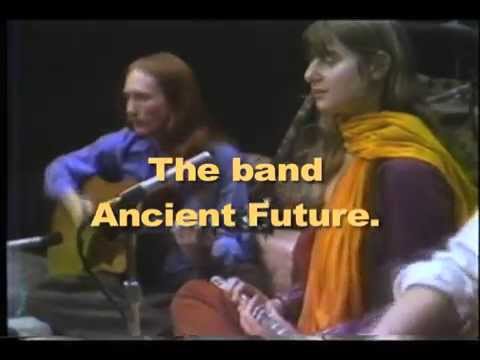 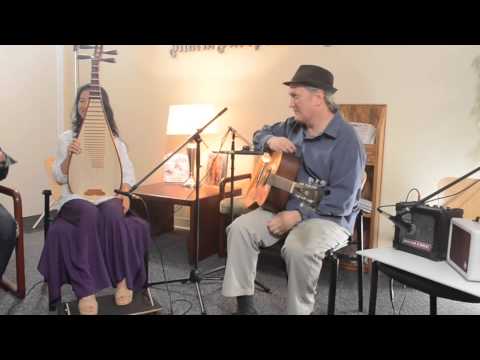 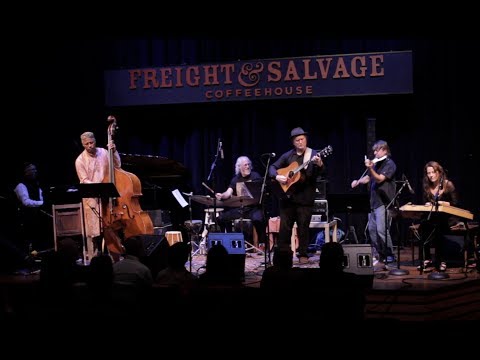 Subscribers to the Ancient Future Times wrote to suggest that Ancient Future offer virtual concerts during the pandemic and beyond. A new series of Alternate Reality Concerts from the Ancient Future was created in response, and Matthew Montfort was the inaugural performer on his birthday, February 12, 2021.To sign up for upcoming shows, simply send your email address to info@ancient-future.com. Put "Alternate Reality Concert" in the subject. You will receive a link to participate before each performance. There's currently no charge, but donations are very much needed to support the music, especially in this time of uncertainty as to when concerts will again be safe and potentially economically viable.

Exactly four months later, Ancient Future will perform a live streaming concert on June 12 at 3:30 PM PST. It's the first Ancient Future performance since the end of their 40th anniversary season in late 2019, when the band performed at the Kentucky Mine Amphitheater in Sierra City, California. Tabla master Aditya Kalyanpur was on that date and handed his iPhone to audience members to take videos of the performance. He shared the results with Jhankar, an Indian arts organization in Cincinnati, and they came forth to sponsor this streaming concert. The concert features a trio program consisting of Matthew Montfort on scalloped fretboard guitar, Aditya Kalyanpur on tabla, and Frank Martin on keyboards. The set list features compositions by Matthew Montfort and Frank Martin.

Aditya Kalyanpur began his training on the tabla at the age of five under the guidance of two of India's top tabla masters: the late Alla Rakha Khan and his son Zakir Hussain. Aditya was first seen performing with Ustad Zakir Hussain for the famous "Wah Taj!" television commercial at the age of 11. His style consists of bold and clear execution of syllables, pinpoint precision in rhythm coupled with a colossal repertoire of compositions and improvisational technique. He has performed with top Indian artists including Shivkumar Sharma, Shujaat Khan, and A.R. Rahman. He can be heard on Katy Perry's "Legendary Lovers" from her album "Prism," and also recorded with Keith Richards of The Rolling Stones.
Frank Martin (keys)

Ancient Future leader Matthew Montfort is a pioneer of the scalloped fretboard guitar (an instrument combining qualities of the South Indian vina and the steel string guitar). He is on DigitalDreamDoor.com's 100 Greatest Acoustic Guitarists list. Inclusion on the list is based on originality, innovation, technique, and influence on other acoustic guitarists over the years. He has performed worldwide, including the Festival Internacional de la Guitarra on the golden coast of Spain near Barcelona, the Mumbai Festival at the Gateway of India in Bombay, and the Music for People and Thingamajigs Festival in San Francisco, from which a segment of his performance was broadcast on the Rachel Maddow Show on MSNBC along with an interview about his guitar work. Montfort wrote the book Ancient Traditions - Future Possibilities: Rhythmic Training Through the Traditions of Africa, Bali, and India, which has been used by many musicians to improve their rhythm skills. more

Watch and Share the First Video from the Alternate Reality
•Sympathetic Serenade for Scalloped Fretboard Guitar by Matthew Montfort
https://www.ancient-future.com/newsmarch2021.html#video

Subscribers to the Ancient Future Times wrote to suggest that Ancient Future offer virtual concerts during the pandemic and beyond. A new series of Alternate Reality Concerts from the Ancient Future was created in response. Matthew Montfort was the inaugural performer with a 30 minute live concert on his birthday, February 12, 2021. His improvisational scalloped fretboard guitar performance was streamed and recorded on Zoom.

To sign up for upcoming shows, simply send your email address to info@ancient-future.com. Put "Alternate Reality Concert" in the subject. You will receive a link to participate before each performance.

When Matthew Montfort was working on his debut solo recording for scalloped fretboard guitar (a special guitar modified to enable ornaments characteristic of the sitar), he recorded a number of spontaneously improvised serenades. Were it not for some serendipitous sequencing coupled with the allure of alliteration, it's likely that Sympathetic Serenade would have been released as the eighth improvisation on what became Seven Serenades for Scalloped Fretboard Guitar.Instead, this evocative serenade was released as a mini EP to rave reviews, prompting his addition to DigitalDreamDoor.com's 100 Greatest Acoustic Guitarists list. Inclusion on the list is based on originality, innovation, technique, and influence on other acoustic guitarists. In this live recording from the inaugural performance of the Alternate Reality Concert Series from the Ancient Future, he revisits the piece with a new interpretation on his custom Martin scalloped fretboard guitar in which he expands on the original's use of the melodic elements of Rag Bhairavi and mixes in chordal structures from Spanish guitar music.
more
Ancient Future Times: Alternate Reality Concerts from the Ancient Future

November 3 to December 8, 2020, Tuesdays from 8:30 to 9:30 PM, Have Fun Learning to Read Music through Classical Guitar Technique, Blue Bear School of Music Online. Guitarists are often good at reading TAB, but poor at reading sheet music. This six week class by Matthew Montfort will get you started learning to read standard music notation, while at the same time introducing foundational classical guitar technique that you can also apply to other styles of playing. You'll learn simple etudes and classical pieces, great for boosting your fingerstyle skills while actually having fun learning to read music!
Tuition: $160.
Tix: https://bluebearmusic.org/classes/online-rhythm-training/
Facebook Event: https://www.facebook.com/events/375544510493414/

November 4 to December 9, 2020, Wednesdays from 7:30 PM to 8:45 PM, World Beat Workshop, Blue Bear School of Music Online. Matthew Montfort’s Got Rhythm? six week workshop is presented in an easy to follow, entertaining, yet educational format for all music lovers. African polyrhythms, Balinese kotèkan and Indian classical music are presented because these traditions cover the major types of rhythmic organization used in most of the world's music. This training from Montfort's book Ancient Traditions -- Future Possibilities: Rhythmic Training Through the Traditions of Africa, Bali and India can help anyone with a desire to improve their rhythmic skills.
Tuition: $200.
Tix: https://bluebearmusic.org/classes/online-rhythm-training/
Facebook Event: https://www.facebook.com/events/1293998794277679/

This classic "world beat bible" by Matthew Montfort takes the student on a musical voyage through the ancient rhythmic traditions of Africa, Bali, and India with a series of exercises that require no instruments to perform. Interesting, imaginative and fun, these rhythm exercises will be of immense help to all music lovers, not just percussionists. The new downloadable companion set of MP3 audio guide and MIDI groove tracks of the exercises in the book is set up for playback on Mac and PC computers, tablets, and smartphones.

November 5 to December 17, 2020, Thursdays from 6:15 to 7:30 PM, Indian Raga for Western Musicians, Blue Bear School of Music Online. This six week masterclass by world fusion pioneer Matthew Montfort will help you improve your soloing in any music genre from rock to jazz to free improv through melodic training. Learn the emotional power of each interval and how to construct meaningful melodies through the tradition of Indian raga. Open to all instruments and voice.
Tuition: $200.
Tix: https://bluebearmusic.org/classes/online-rhythm-training/
Facebook Event: https://www.facebook.com/events/1166034547144381/ more
See all blogs (53)
PHOTOS 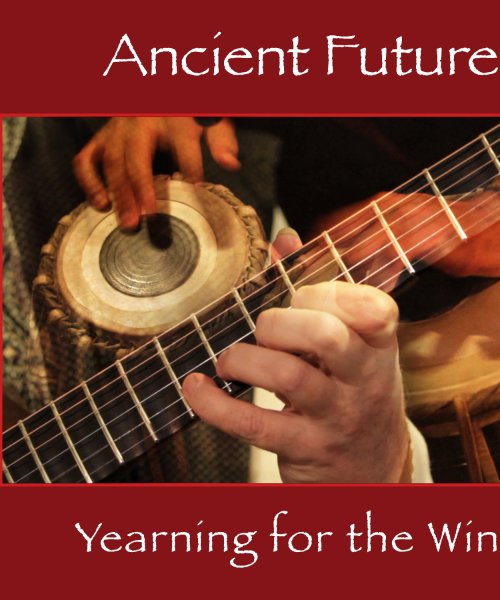 BILLBOARD calls the group"trendsetters"for contributing to the emerging movement known asworld fusion music, a term Ancient Future leader Matthew Montfort coined at the band’s inception for music that blends musical ideas from many different cultures.1Formed in 1978, Ancient Future is the world's first and longest running ensemble dedicated exclusively to the mission of the creation of world fusion music.

Their original music is an exhilarating fusion of exciting rhythms and sounds from around the globe that combines contemporary jazz and rock with the irresistible rhythms of African, Balinese, Indian, Middle Eastern and South American percussion, the rich harmonies of Europe, and the beautiful melodies of Asia.

The original American members of Ancient Future looked beyond their roots for inspiration by studying with the master musicians of many world music traditions, from Balinese gamelan director MadéGerindem to North Indian sarod master Ali Akbar Khan. They use their knowledge of world music to create something new and uniquely their own that is respected by pundits from the cultures whose traditions are a part of the mix. According toINDIA CURRENTS, Ancient Future"plays with technical brilliance and gypsy-like fire,"and their music"demonstrates the continuing beneficial influence of Indian music upon world culture."

Over the years, Ancient Future has expanded its musical vision through collaborations with noted masters of various world music traditions who are now an integral part of what is today more than just a band. Ancient Future has grown to become a large chamber ensemble of more than thirty performers from around the world with over a dozen smaller ensembles within it, enabling Ancient Future to realize its core mission of creating world fusion music.

Through cross cultural exchange and collaboration, Ancient Future has created a rich musical world of tradition and innovation. In addition to their original music based on world traditions, the many ensemble variations also perform traditional music from the cultures of the individual master musicians who perform with the band. This provides an educational experience for the audience that excites people about world traditions and then shows how those traditions can make contemporary culture richer.

Ancient Future has released seven full length studio CDs selling over 150,000 units:Visions of a PeacefulPlanet,Natural Rhythms,Quiet Fire,Dreamchaser,World Without Walls,Asian Fusion, andPlanet Passion. Over one million legal mp3 files from three of these releases onAncient-Future.Com Recordshave been distributed commercially. This of course does not count files distributed illegally (Ancient Future's leader, Matthew Montfort, was selected as the proposed Class Representative for Independent Musicians Against Napster due to the large number of Ancient Future files being traded illegally). Ancient Future is featured on samplers selling millions of units on labels such asPutumayoandNarada. Ancient Future is currently working on its eight recording, the crowd fundedArchive of Future Ancient Recordings.

This group of virtuoso instrumentalists is known for stunningly rhythmic live shows that simultaneously feature the subtle, intricate, and elegant melodic aspects of world music that Ancient Future has received such acclaim for on its recordings. Because of their many influences and ensemble variations, there is a configuration of Ancient Future perfect for any bill, be it rock, jazz, folk, classical or world music. Ancient Future has repertoire for every activity, from dancing to serious listening. The group has shared bills with other leading artists including Tower of Power, Woodstock's Country Joe McDonald, Jefferson Starship's Craig Chaquico, Zakir Hussain, Sukay, San Jose Taiko, Kitka, Acoustic Alchemy, Tania Maria, Shadowfax, Alex De Grassi, Ottmar Liebert, and John Fahey, and even nonmusical attractions such as the Incredible Acrobats of China.