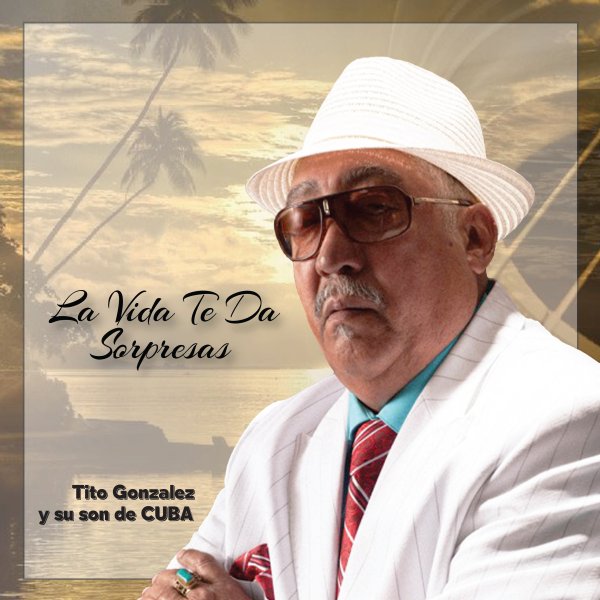 “La Vida Te Da Sorpresas” showcases contemporary tropical music, including styles such as: Bolero, Son Montuno, Salsa, and Rumba among others rhythms that transport us to the island of Cuba. Tito Gonzalez’s influences range from the acclaimed Buena Vista Social Club, to the Venezuelan Idol, Oscar D’Leon, with whom Mr Gonzalez had the pleasure of sharing the stage once. In “La Vida Te Da Sorpresas” all songs are written in Spanish and adorned with an authentic popular Cuban jargon.

All the songs in “La Vida Te Da Sorpresas” are originals and written by Tito Gonzalez, except for “Cascarauña Faña” written by Francisco D. Oropeza. This album was recorded between Havana, Cuba, and El Cerrito, CA, and mixed and mastered by Latin GRAMMY Award Winner Engineer, Oscar Autie. The arrangers are: Aisar Hernandes, David, Pinto, Jose Dume Montero, and Dagoberto Sacerio Oliva. When El Cerrito Records Label Representative asked Tito Gonzalez what the highlight of this album was, he said: “I am very thankful to all the musicians and professionals who participated in this album. Some reside in Cuba and some in the United States, but they are all great, and I send them my love and have a profound admiration for their work.”

DJ Greg from Salsa Matiné in Budapest, Hungary stated: “salsa now is a global movement and we, dancers, djs, music lovers have long awaited something we didn't even know about. Songs that can bring back this feeling and make goosebumps again. This is the new album of Tito Gonzalez.”

Digital and Physical copies of La Vida Te Da Sorpresas will be available on June 17 in iTunes, Amazon, CD Baby, and all the main online stores.