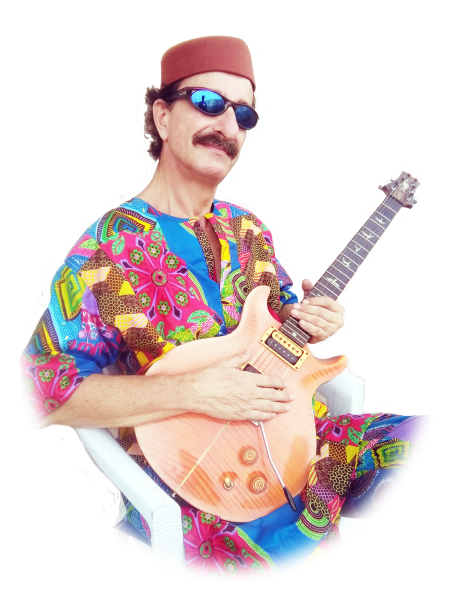 The Advice Of Sango
by SALVADOR SANGO 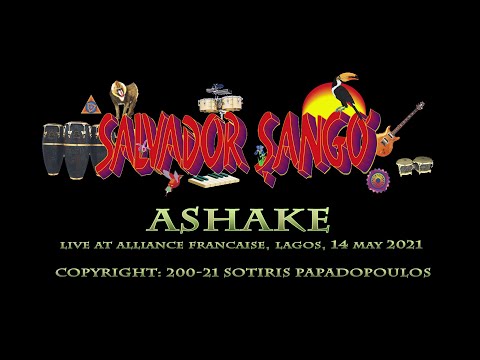 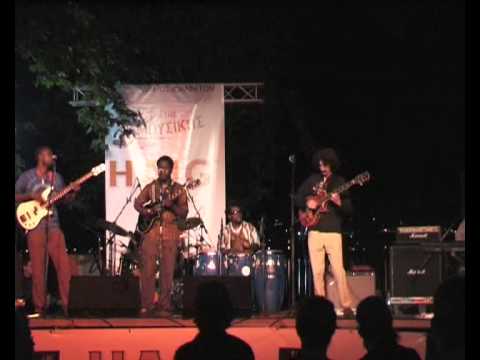 ►
TO COLOMBIA
by SALVADOR SANGO 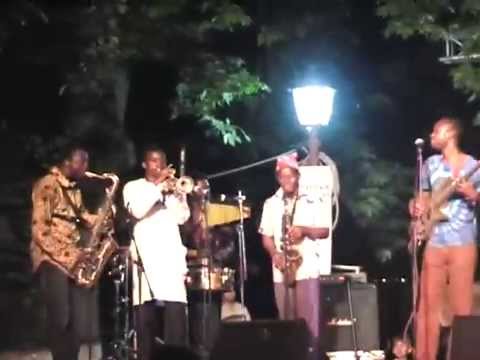 ►
THE ADVICE OF SANGO'
by SALVADOR SANGO 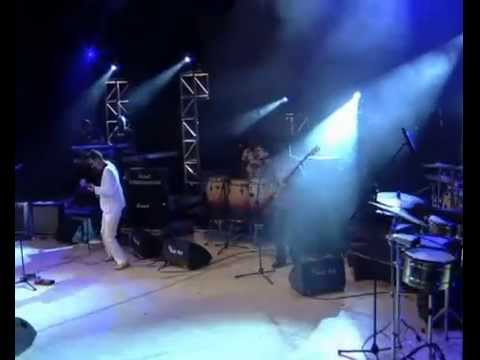 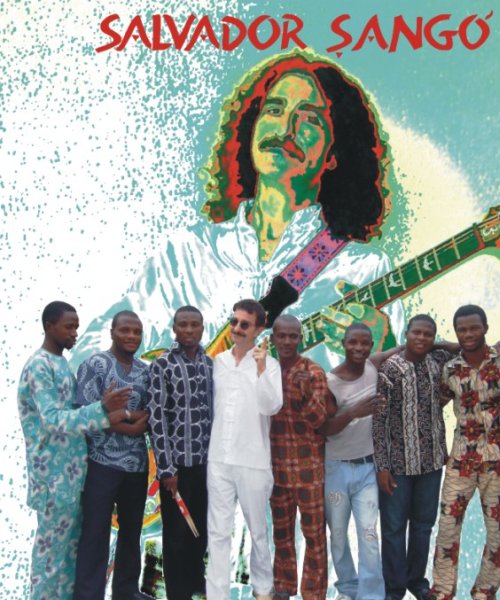 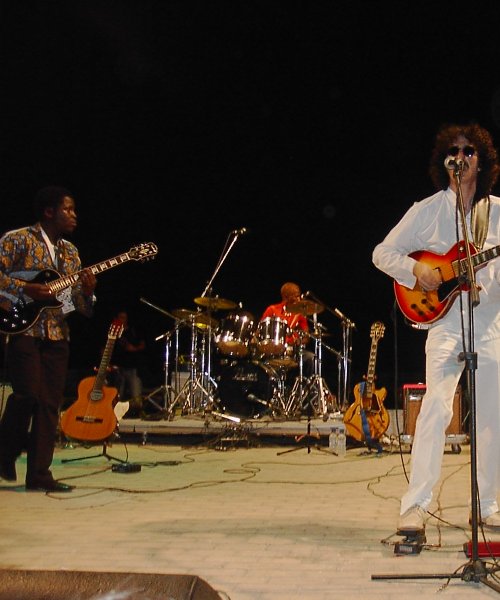 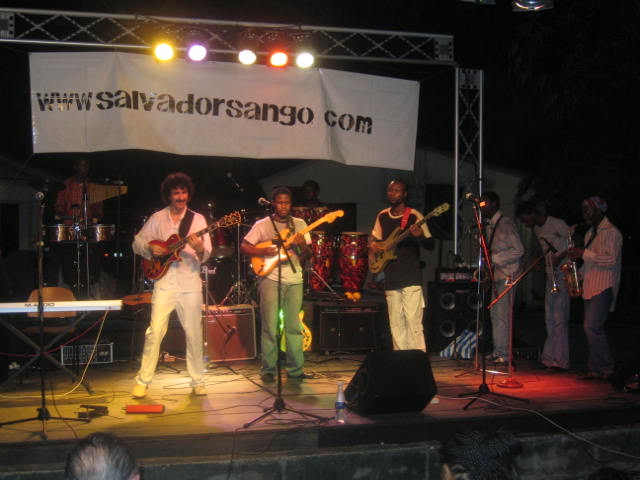 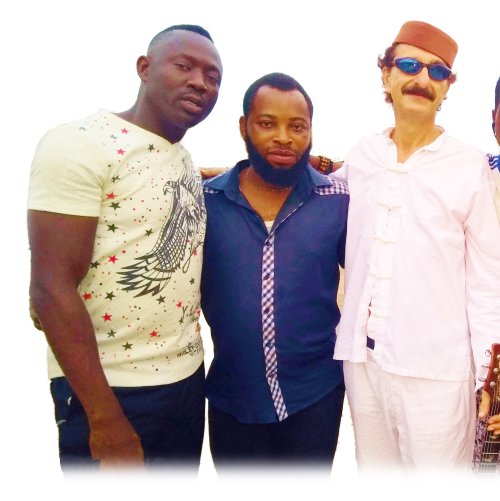 Photo by: SALVADOR SANGO
About: OUR BAND
Followers

ABOUT
The Afrofusion orchestra SALVADOR SANGÓ is the brainchild of Sotiris Papadopoulos, a Greek who has been living and working outside Greece for the most part of his life. The band’s name which, as it happens, is also Sotiris’s artistic pseudonym, is not accidental: Salvador is the translation of “Sotiris” –saviour- in Spanish, whereas Sango' is the god of lightning, the protector of justice and the weak in the Yoruba pantheon, one of the most populous tribes in West Africa with a particular presence in music, dance and the arts in general. .

Circumstances brought the Greek to the land of the Yoruba when he came to Nigeria for the first time in 1980 to play with Fela Anikulapo Kuti, the indisputable Afrobeat king. The same destiny brought him back -through UNESCO- eight years later to head the Physics department of a Nigerian university having come from the research elite of Oxford. Being a physicist during the day and a musician during the night was a tall order for Sotiris and after a series of personal and professional pursuits he opted for music putting his other talents aside. During this phase Sotiris formed his well known jazz quartet, SPICE, and has performed with Dizzy Gillespie and with numerous Nigerian artists including Femi Kuti, Orlando Julius, Victor Waifo and many more.

The musical result of these experiences is the SALVADOR SANGÓ orchestra which was created in 2006 with the broader aim of presenting to the international audience a bridging through music of the cultural and racial gap which still reigns supreme in the world of “globalization” of today. To a large extent their music employs West African polyrhythms and folklore as its foundation but the final result surpasses by far the West African borders: it passes through Latin America for its salsa/afrocuban ingredients, North America for its jazz/blues influences, Western Europe for its classical/rock nuances and the Mediterranean for its flamenco/arabesque colours, subtly returning to the founder’s Ithaca: Greece. The orchestra’s works comprise vocal tunes sung in Yoruba, Spanish and English, as well as instrumentals. One could say without reservation that SALVADOR SANGÓ are hierophants of world music for, along with the musical message passed to their audiences, another one, more ethereal and spiritual is being passed which cannot be described by words but is felt through the wide spectrum of emotions and sentiments their music causes: joy and sadness, nostalgia, exaltation, tranquility and introspection…Yet, two of these are always absent: fear and anger. The other, particularly African, element in their music is the constant provocation to dance. The orchestra, in its various forms, have performed extensively in three continents and have, released two albums: THE ADVICE OF SANGO' (2008 SANGO' RECORDS) and CUANDO SE CAEN LAS MASCARAS-WHEN THE MASKS FALL (2012 SANGO' RECORDS) both distributed by CDBaby (physical) and all main internet musical portals such as iTunes, Amazon etc . While the first album is stylistically very diverse and more of an attempt to satisfy a wide range of listeners with diverse musical tastes, the second one is more earth- and rhythm-bound with less compositional influences that are centered mainly around the Afrocuban element. They are currently in the studio recording their 3rd album entitled ‘PRIMITIVE FIRE’ and have some 60 published videos on Youtube together with a collaboration video with other Nigerian artists entitled “Gbadun Ara E”.