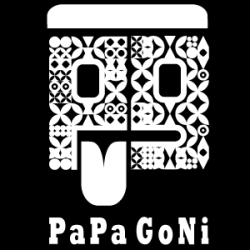 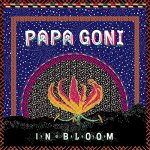 PaPa GoNi - album release note Title: IN BLOOM Release date: 1 March 2018 Available: Download / streaming @ all major sites. CD’s @ ​ www.papagoni.nl After the release of their self-titled and Harvest EPs, ​ PaPa GoNi ​ is ready for the release of their first full length album: ​ In Bloom ​ . With In Bloom, ​ PaPa GoNi ​ presents the evolution of the sound that made them one of the most exciting new bands in the Dutch pop and world music scene. PaPa GoNi ​ is heavily influenced by nature, West African culture and spirituality. Using the Kamale N’Goni, the band crafts music they call African Soul, a blend of traditional West-African rhythms ​ ​ enhanced with soulful vocals. In Bloom ​ opens with Harvest, very much inspired by the traditional Kassa rhythm, it’s meant ​ ​ to support people working towards their goals and to prepare them for success that follows. Harvest is followed by Erzulie, an homage to the Erzulie family of spirits in Haitian Vodou. The title track of the album, In Bloom, is a commentary on the way corporations treat the natural world. It acknowledges the strength, wisdom and resilience of indigenous peoples across the globe. On Kassikoun, ​ PaPa GoNi ​ is joined by Marta Gonzales on cello for a haunting prelude to the track that chronicles the life of a young woman who overcame hardship in her life. J’ai Oublié is the story of children of Oya, the Yoruba Goddess of storms and change. The Sea tells a tale in which the deep sea deity Olokun decides to bury humanity in the ocean, it also speaks of the balance between sea deities Olokun and Yemaya in the Caribbean. Marta Gonzales joins a N’Goni duo for the instrumental track Saba, which translates to three. The last tracks on In Bloom reveal the percussive roots of ​ PaPa GoNi ​ , with adaptations of traditional West-African rhythms like Yankadi, Djansa and Mendiani.  more
PaPa GoNi has released its EP!!
PaPa GoNi proudly announces that its EP has been released. If you're interested please send us a message.  more
PHOTOS 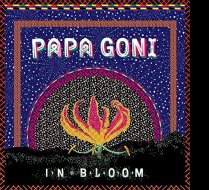 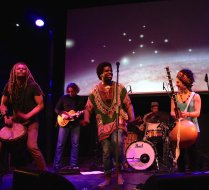 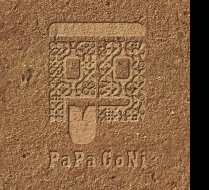