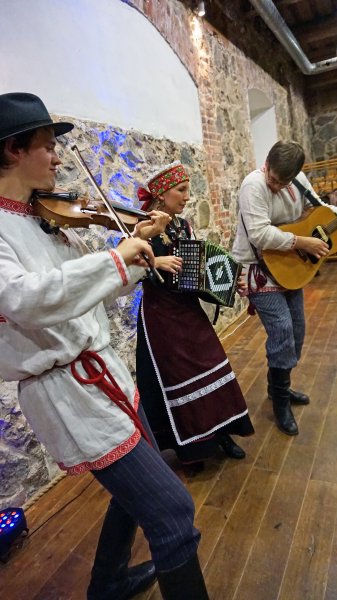 ABOUT
Setomaa is situated in the farthest south-eastern corner of Estonia, creating an interesting islet of original culture and language. Frontier traditions and way of life have been passed on from people to people for centuries in that isolated and intact region. Setomaa features beautiful nature and unconventional culture.Although Seto people consider Setomaa as single area, the eastern half of Setomaa with the town of Petseri is illegaly administrated by Russian Federation.

Kiiora boldly mixes authentic and engaging folk with folk-sounding original compositions. This multicultural mix of fresh melodies proves that folk music is fascinating no matter where it’s from. The name ‘Kiiora’ derives from Seto epic ‘Peko’, in which this oak axe was given to the protagonist Peko by his father to use it in war against his enemies and to make the fields of rye grow well.