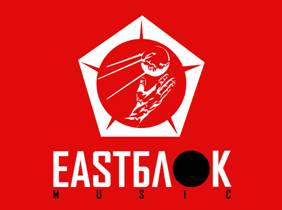 Alexander Kasparov originates from Moscow and has also worked for many years in Warsaw, London and Berlin. On choosing Berlin as the label’s base, Kasparov says: ‘For Eastern Europeans Berlin is the place of choice when they come to Western Europe. And now we have here a vivid scene of various Eastern European cultures. Berlin is about to become the central capital of Europe. A true melting pot of East and West.”

As their first output EASTBLOK MUSIC released in 2005 the Russian male choir PERESVET - the official choir of Alexij II., patriarch of the Russian-Orthodox church. Next release was a compilation of the best Ukrainian rock and pop bands : UKRAINA - SONGS OF THE ORANGE REVOLUTION.

Next on, was the smash hit BALKANBEATS, a compilation of highly addictive underground Balkan hits. Traditional and urban sounds - diverse, explosive, and just over the top. BBC’s Charlie Gillet voted BALKANBEATS as one of his top 5 compilations of that year.

Eastblok Music followed this with the eclectic mix of ‘CAFÉ SPUTNIK – electronic exotica from russia’. Exotic, playful and full of fantasy and imagination - electronica, lounge and easy listening from Russia. Nostalgic and futuristic, surreal and ironic. Mysterious East and modern Europe meet.

The first Eastblok release of 2006 was the high energy album ‘Ukraine Calling’ by Ukrainian band Haydamaky. This record immediately climbed to No. 7 in the European World Music Charts and is rocking alternative and Eastern European dancefloors since.

In the meantime Eastblok Music has signed some of the best bands from Eastern Europe: Leningrad and La Minor from Russia, Little Cow from Hungary or Italy's finest balkan band Figli di madre ignota. New groundbreaking compilations Polska Rootz and Balkan Grooves have turned out to be genre defining releases. Lately, Eastblok has released LUNAPARK, the first compilation of alternative rock and pop songs from Russia to be released in the West.

Watch out for Eastblok Music – your first address for exciting music from Eastern Europe!