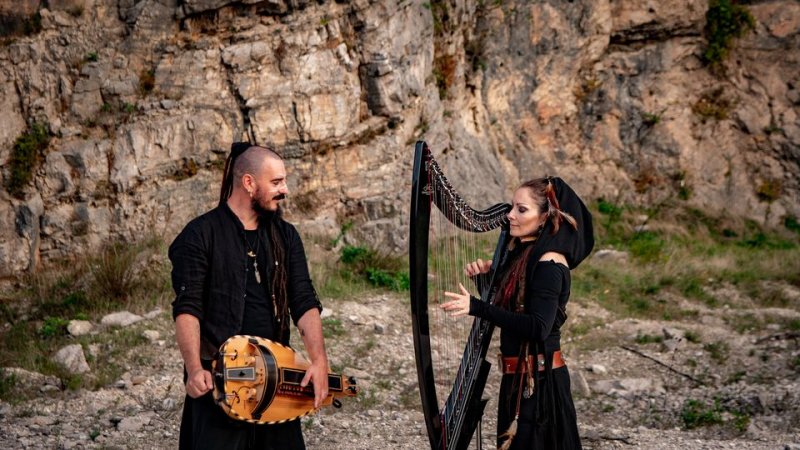 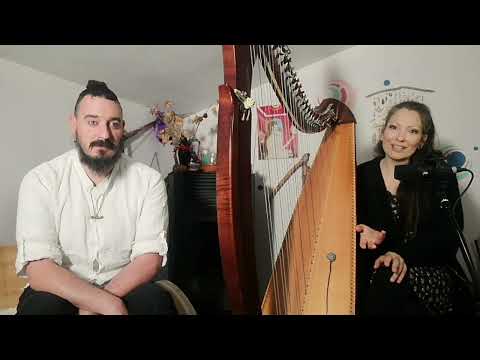 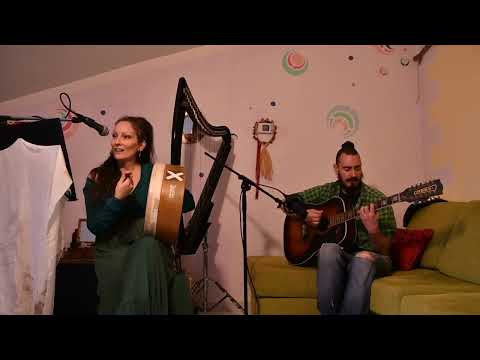 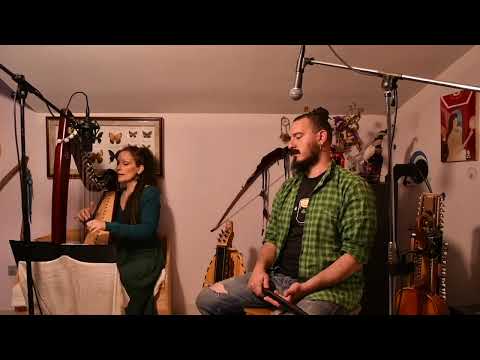 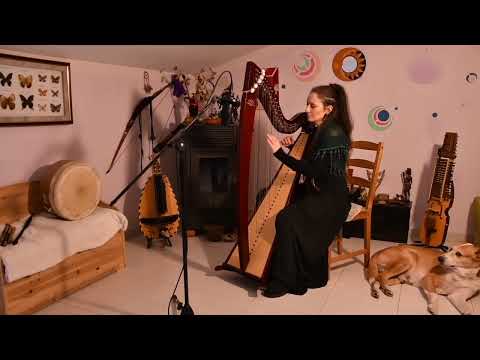 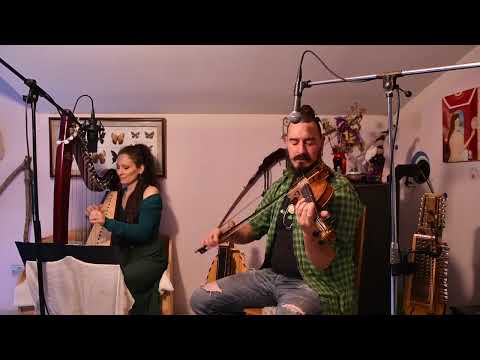 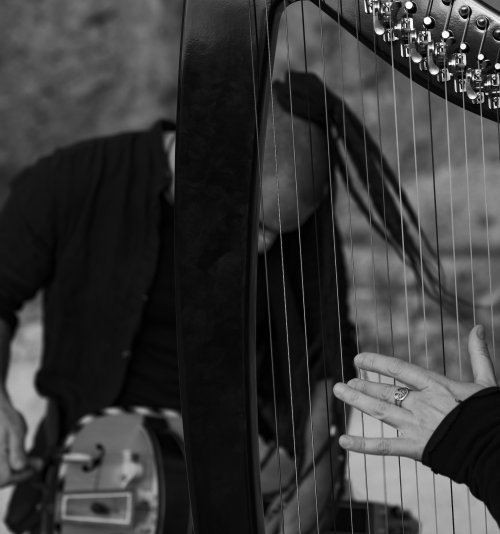 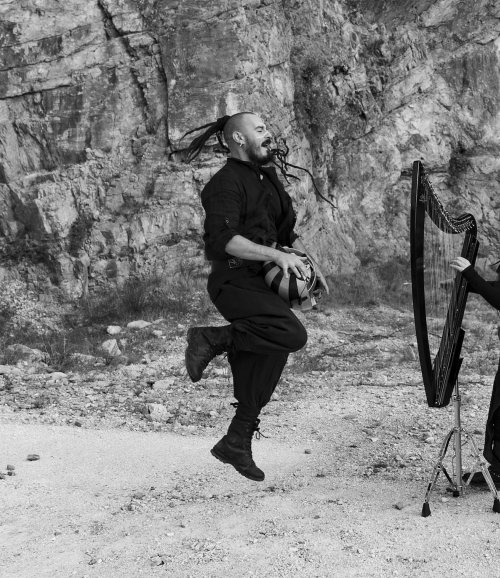 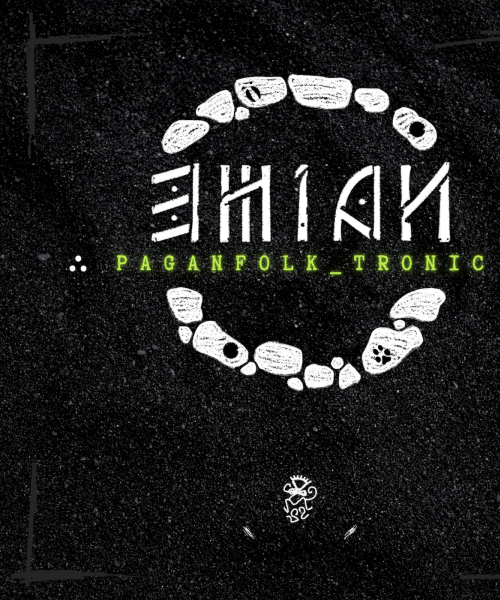 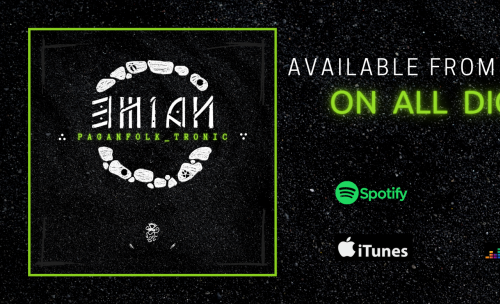 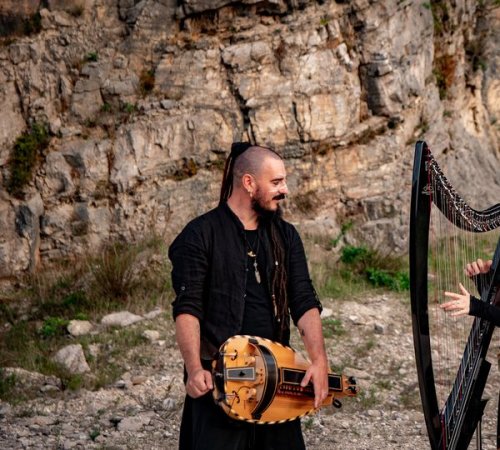 ABOUT
United by the interest and passion for the musical sounds of northern european and pagan cultures, on 21st December 2011 Emilio and Anna founded EMIAN.

In 2013 they decided to realize their first independent album AcquaTerra, entirely dedicated to the music of the Celtic areas, publishing also 2 official videoclips: Mother’s Breath and The Last King’s March. During the album’s recording, the musician Danilo Lupi becomes part of the project. In 2014, they expand it with the entry of Martino D’Amico.
With the new arrangement, in 2016 they realize their second album Khymeia, co-produced and recorded by the independent label I Make Records by Francesco Tedesco and distributed by Family Affair.
In 2019 they publish the third album Egeria, co-produced and recorded by the independent LABEL XXXV at Studio XXXV by Nicola Pellegrino and Giovanni Paglioli, and the third official videoclip La casa dell’Orco.
In November of the same year, Danilo and Martino leave the project.

During these long years of intense musical activity, both National and International, Emian have collected a large amount of concerts also obtaining two important awards: in 2013 as “Best Accredited Artist" in the XXVI edition of the Ferrara Buskers Festival, in 2015 they won the first edition of the European Celtic Contest at the Montelago Celtic Festival.
They took part in some important festivals: Festival Mediaval (Selb, Germany), Castlefest and Castlefest Winter Edition (Lisse, Netherlands), Celtic Night Geluwe (Geluwe, Belgium), Labadoux (Ingelmunster, Belgium), Celt’n’Folk (Almere, Netherlands) and Midwinter Fair Yule Fest (Alphen aan den Rijn, Netherlands).
In Madrid they shared the stage with the bands Cuélebre and An Dannza, in France with the band Scurra and in Italy they played in opening to the concerts of Omnia, Irfan and Ataraxia, important bands of the international folk/new wave/PaganFolk scene. The italian audience has known Emian in some important celtic and fantasy festivals: Montelago Celtic Festival, Festa dell'Unicorno, Triskell, Druidia, Yggdrasil, Strigarium, Mutina Boica, Fjallstein...
Emian took part also in 3 editions of the Ferrara Buskers Festival, at 2 of these as “invited Artists”.
In 2015, the founders Emilio ed Anna, composed the soundtrack for the first episode of the web series Francesco esempio di vita by the RAI Director Giuseppe Falagario.
In september 2016 EMIAN made their theater debut, as authors and live performers of the soundtrack, in the Sofocle’s Tragedy “Antigone” adapted by the actor and director Andrea Adinolfi.
In this project EMIAN gather their musical and Life experiences: the deep connection with the journey that always characterized the people of the mediterranean and European Areas; the freedom to experiment and to know new cultural and musical languages; the beauty enclosed in meeting people coming from other places; the loss of themselves in the World and in Nature for which Music often and willingly becomes a vehicle of transmission.