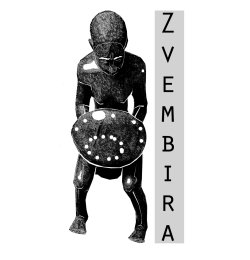 Pasichigare: Mystic Mbira Music of Zimbabwe  is a new double CD offering from world renowned musician Chartwell Dutiro in a collaboration with renowned mbira maker and player Sebastian Pott and Elmar Pohl as the  Chipindura Mbira Trio . The album  is particularly special to Chartwell as it was recorded using the tuning that Chartwell grew up playing at ritual ceremonies in Zimbabwe. Talking about the experience of recording in this tuning for the first time Chartwell said; “During the recording I found myself totally uplifted! I had a feeling that the spirits of ancestors were in the recording room”. The Shona lyrics are translated into German and English. The album will be available for purchase on Amazon on the 31st of January. Expect a review from Zvembira on the 30th. For more information visit:  http://www.chartwelldutiro.com Email: Chartwell@mbira-academy.org.uk http://www.mbira-academy.org.uk more
Five Funny Things People Say About Mbira

Well folks, we are back from a great weekend at the Zimbabwe in Devon Mbira Camp. We  had a great laugh about the things that people who are not familiar to mbira say about the music and instrument. These ranged from the funny to the downright annoying!  We’ve complied a top five list from some of the things that people shared with us. Here we go… 1. Is It Made Out of Spoons? Probably the most common question that a lot of mbira players have been asked! It seems this one has ruffled many feathers.   Verdict:  Annoying but sweet! 2. Did you make it yourself?  People have also been asked many times if they made the instruments themselves. Have you had similar experiences? We were just wondering whether this question is asked because the instrument usually looks definitely handmade hence the assumption that everyone can knock one up for themselves.  Verdict:  Flattering but annoying 3. Can you play “normal” songs on it?  This we found extremely funny (and a bit annoying)!  People want to know if you can play a pop song on the mbira. It is a very interesting question in that someone is essentially asking about the versatility of the instrument. What we found annoying about this question is the use of the word “normal”.   Anyway maybe this is what they were asking about… http://www.youtube.com/watch?v=KaDA4qHGvKc Verdict:  Annoying but understandable 4.   I can hear a strange buzzing. I think one of your strings is a bit loose.  Believe it or not, someone had the courage to say this! Buzzing seems to be something that always troubles people when they listen to mbira.  People at the camp spoke a lot about how people always say “It would sound really lovely without those rattling bottle tops” or “it will sound really lovely when you fix the loose bits”. It seems some people are inclined to a ‘clean’ sound. Is it that there is too much buzzing or what? We’ll never know!  We’ve written about buzzing  here  before. Verdict:  People are entitled to their preferences 5. I’ve got one of those but it’s smaller. My mum brought it back from Africa.  Well, don’t they all just look the same? We had a laugh about it because we imagined someone from “Africa”   with a violin saying to someone in Europe who has a cello, “oh, I’ve got one of those but it’s smaller. My mum brought it back from Europe”. Check out the blog on ‘Mbira Identity’  here  . Verdict:  Very innocent silly thing to say! Have you heard any funny things out there? We would like to hear from you! http://zvembira.com/2013/07/01/five-things/ more
Some Great Mbira Players in the UK
The UK is rich with mbira players. Just as an introduction we have compiled a short list of videos to introduce you to some of these great names. Chartwell Dutiro Chartwell teaches Mbira, dance, percussion and singing in community and school settings nationally and internationally. He is the founder of the long running mbira gatherings, which occur throughout the year such as Zimbabwe in Devon, Clan Mbira Scotland and Mbira Mubako in Seuilly, France. http://www.youtube.com/watch?feature=player_embedded&v=AZlfsm5yrJk   http://chartwelldutiro.com/about/   Anna Mudeka Based in Norfolk for more than 10 years, Anna has been playing music rooted in African traditions for a long time. http://www.youtube.com/watch?feature=player_embedded&v=AsvNG5SJnb0   http://www.annamudeka.com/ Linos Wengara Magaya Linos is based in Brighton and he leads the band Zimbaramabwe. Zimbaramabwe performs, practices and teaches Zimbabwean arts particularly Mbira based music, both traditional and modern. http://www.youtube.com/watch?feature=player_embedded&v=sVTcA31JGpE   http://www.zimbaremabwe.org/ more
See all blogs (5)
LATEST ACTIVITY
See More
Follow
Send Message
About
Zvembira is an active blog about Zimbabwean mbira that provides a platform for mbira players, makers and enthusiasts to share information on mbira, lessons and any other issue of interest.