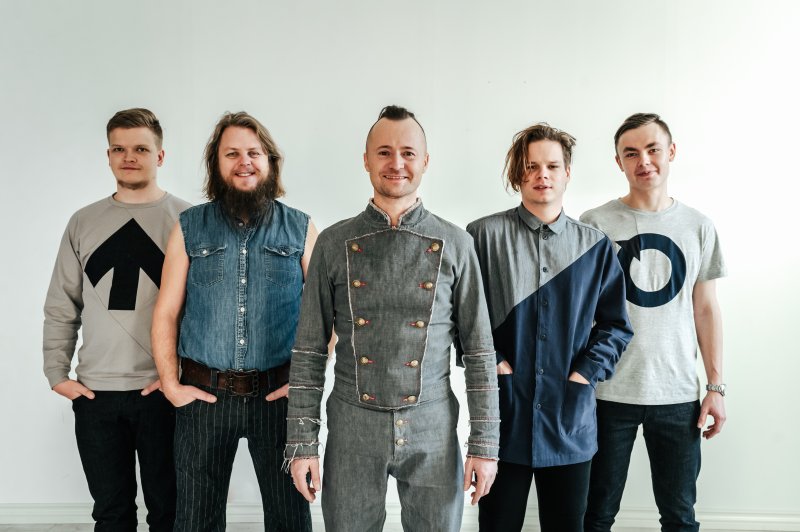 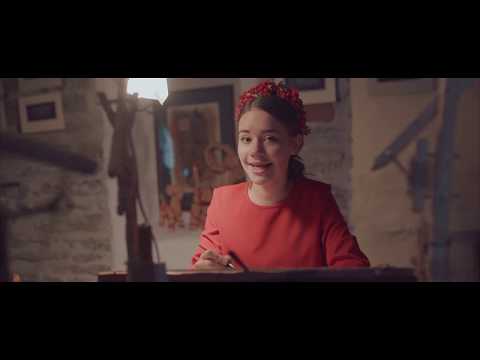 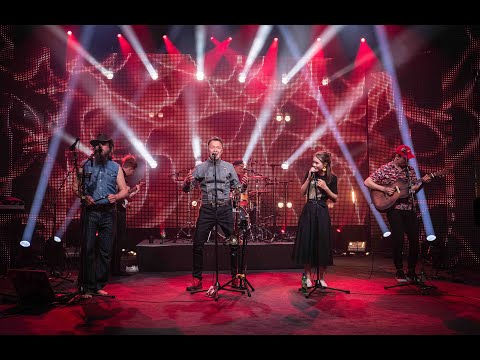 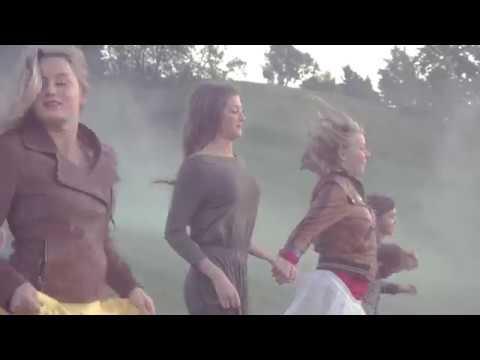 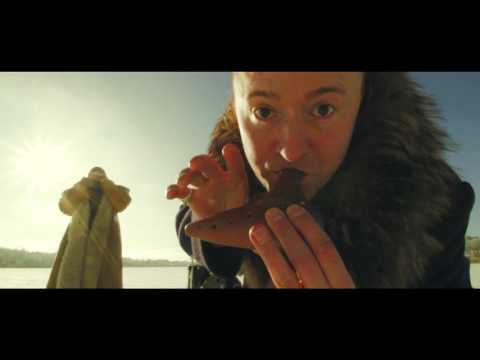 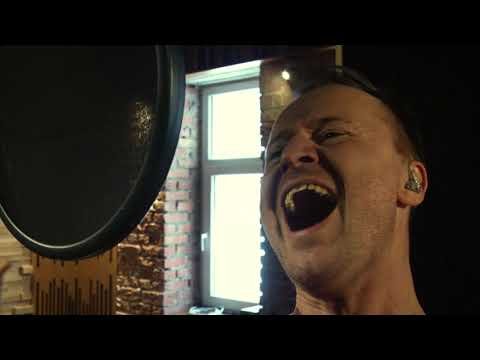 Svjata Vatra’s „Unelaul“ („Lullaby“) from new CD „Maailm, sa muutud!“ („World, you are changing!“.
The very first songs we hear are lullabies that parents sing to a newborn child with endless love. There is a magical power in these songs, connecting the child with parents and family - bonding different generations.
Ruslan’s (Svjata Vatra’s lead singer) grandmother sang this song to his mother, who sang it to Ruslan and now Ruslan has been singing it to his own children – the song has been known in the family for at least 5 generations.
It is very important to hear the lullaby in ones mother tongue. This particular song has originally been in Ukrainian, but Ruslan’s children have two mother tongues - so he translated it to Estonian too and the children have always heard it in two languages.
In this record we can hear Ruslan’s eldest daughter Rute, who was also the original reason for the translation. His children have been born at home and this lullaby has been the very first music for all of them.
Not only are lullabies bonding the families – they can also bring back childhood memories and for adults, reminding them the warm feeling of being loved and cared about. Let’s all share this beautiful feeling by remembering our own old lullabies and singing them to our children and grandchildren.
Ukrainian traditional song „Lullaby“
Music: R.Trochynskyi
Lyrics: Ukrainian trad., Estonian translation by Ruslan Trochynskyi
Arrangement: Svjata Vatra
Performed by Svjata Vatra (Ruslan Trochynskyi, Juhan Suits, Karl-Heinrich Arro, Robin Mäetalu, Ats Tani) with guest Rute Trochynskyi
Support Svjata Vatra: more 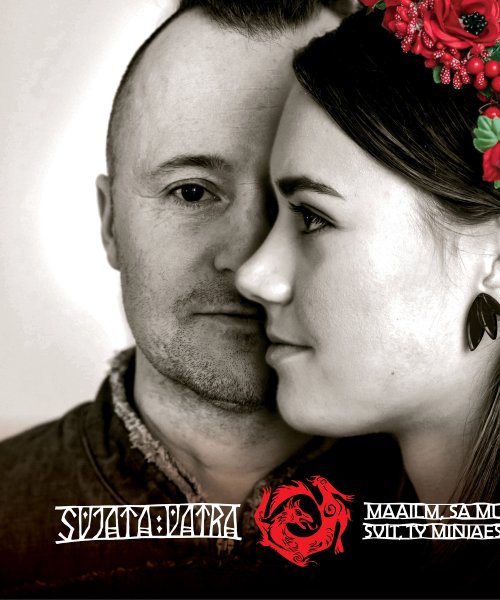 Photo by: Svjata Vatra
About: CD World, You Are Changing - cover 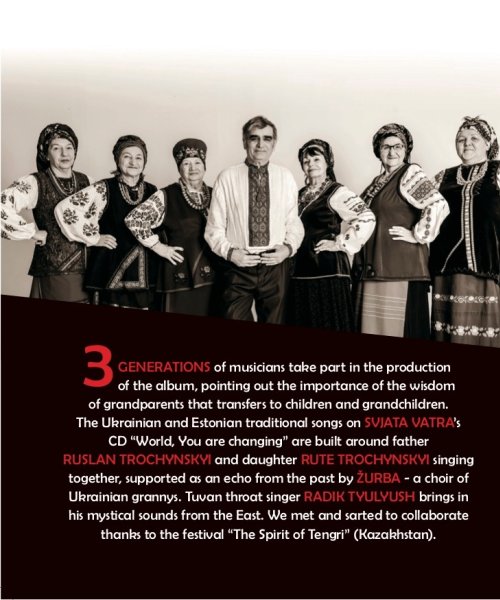 Photo by: Svjata Vatra
About: CD World, You Are Changing - band Žurba 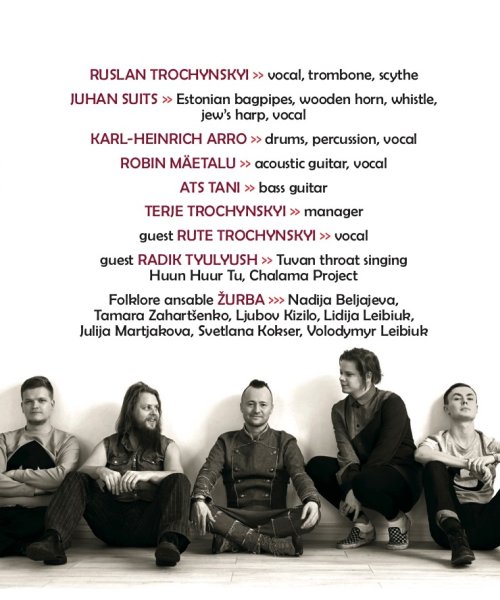 Photo by: Svjata Vatra
About: World, You Are Changing CD inside 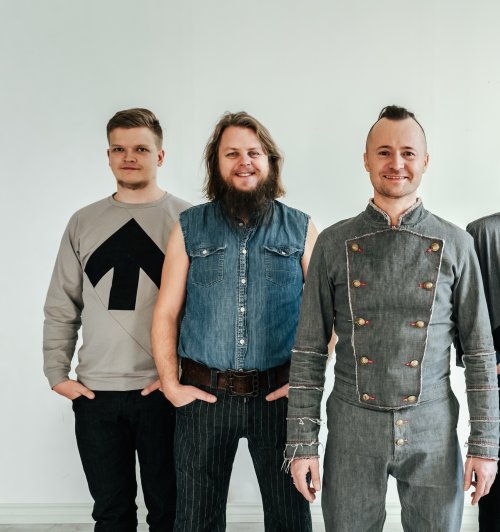 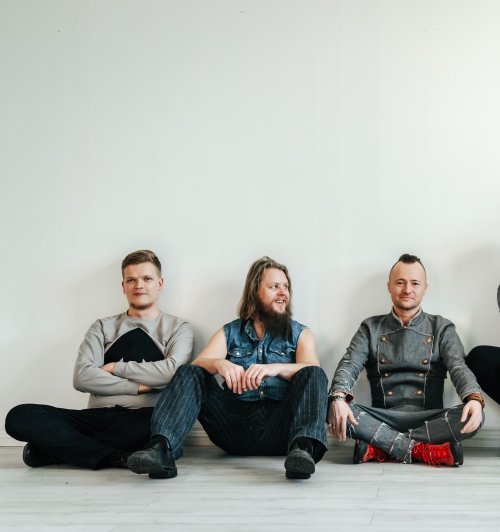 Prepare for a blast of Cossack Viking folk rock from Svjata Vatra, led by
trombonist Ruslan Trochynskyi.
A Ukrainian-Estonian ensemble, Svjata Vatra which translates to “Holy Fire,” in English,
play folk music based on traditional songs, nostalgic children’s games and Baltic melodies,
with a fresh punk attitude. On stage the band evokes an ancient and irresistible pagan rite
using bagpipes, jew’s harp, scythe, and husky lead vocals—all blown into the 21st century by
shimmering trombone.
Since 2006 they’ve been making people dance and breaking down walls by demonstrating
shared musical roots in 22 European countries, and in Canada, USA, Kazakhstan.
From performing on Viking ships to shows at Colours of Ostrava, FelSziget, Positivus, Urkult, London International Festival of Exploratory Music, Kaustinen, Haapavesi, Nomad Way, The Spirit of Tengri, Volxsfest, and Viljandi Folk Festivals – Svjata Vatra are gaining momentum.
Now, they’re and ready to bring their fiery folk further out into the world.
They’ve picked up critical acclaim along the way.
“Kalyna” was awarded ‘Best folk song in Estonia in 2009.
“Pane mind põlema / Light my fire” was used us soundtrack in USA TV series “Seal Team” in 2017.
The band are also alumni of several showcase festivals, including Budapest Ritmo 2016 (the
showcase festival from WOMEX partners Hangveto), Tallinn Music Week (6 times),
Eurosonic, and the 2018 Folk Alliance International in Kansas City, USA.

They’ve proven time and again that they can get any audience in a festive mood.
In 2020, the band released a new album: “World, You Are Changing,” in English.
Login
Forgot Username or Password?
Login with Google
Sign Up with Email Address
Music Lover Artist or Band Agent Manager Label Event Organizer Media School