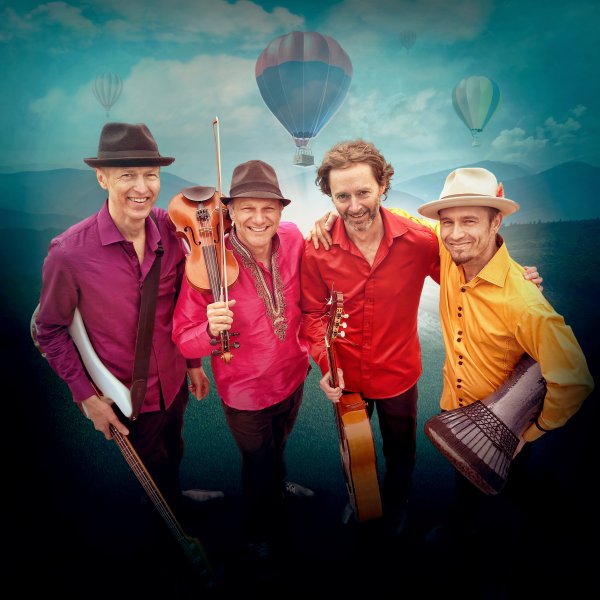 Enter The Gate
by Sultans Of String

Rakes Of Mallow / Rouge River Valley
by Sultans Of String

Blowin' In The Wind
by Sultans Of String

Encuentros
by Sultans Of String 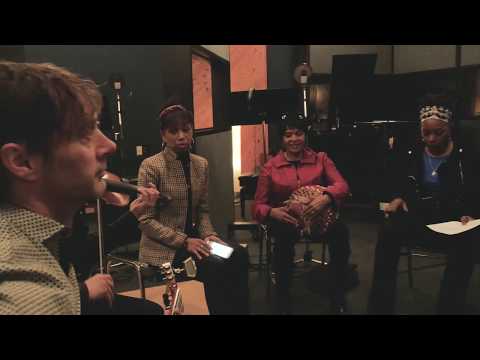 ►
A Django Christmas - Sultans of String
by Sultans Of String 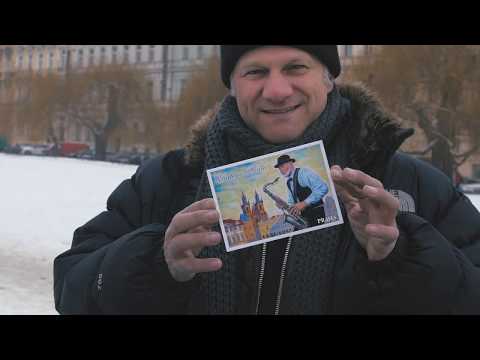 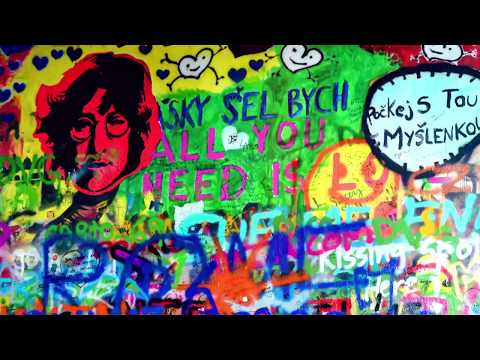 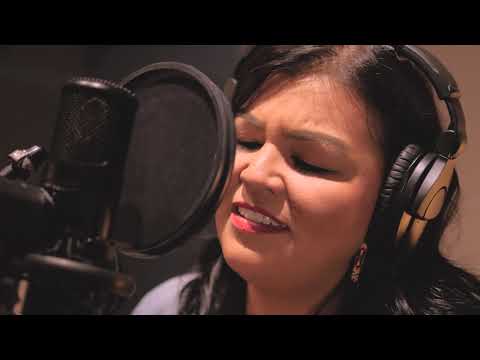 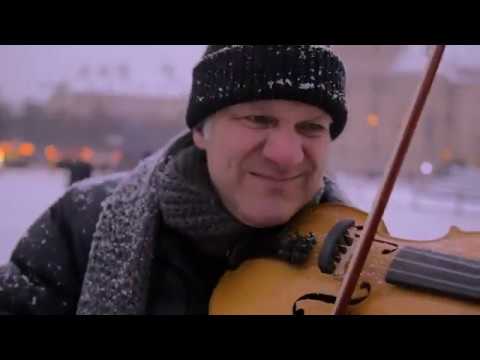 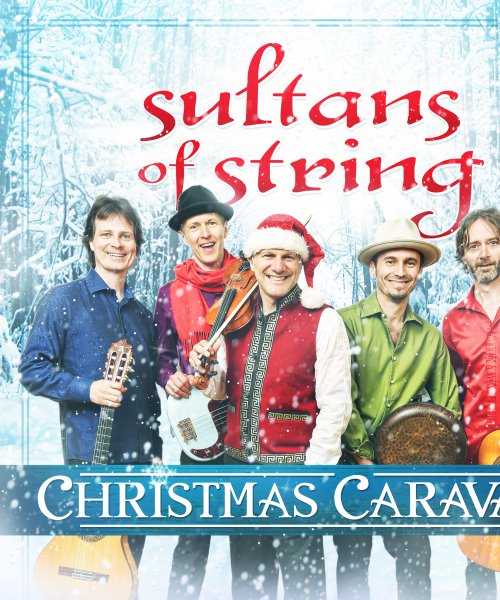 Photo by: Sultans Of String
About: Christmas Caravan 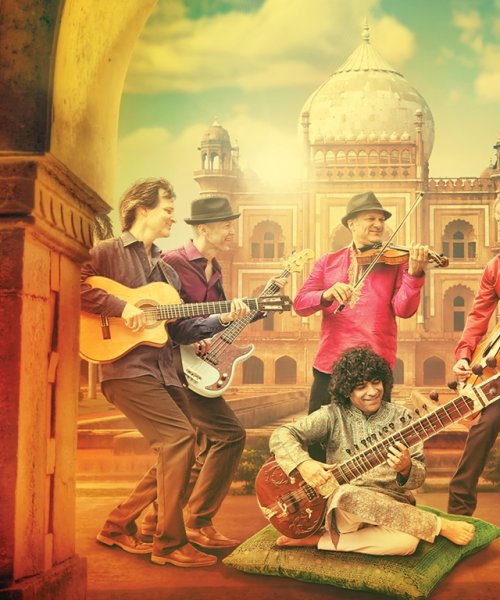 Photo by: Sultans Of String
About: Sultans of String featuring Anwar Khurshid 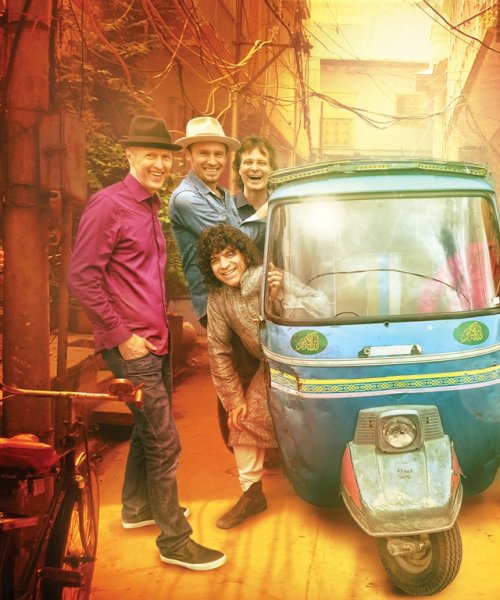 Photo by: Sultans Of String
About: Sultans of String with Anwar Khurshid Autorickshaw 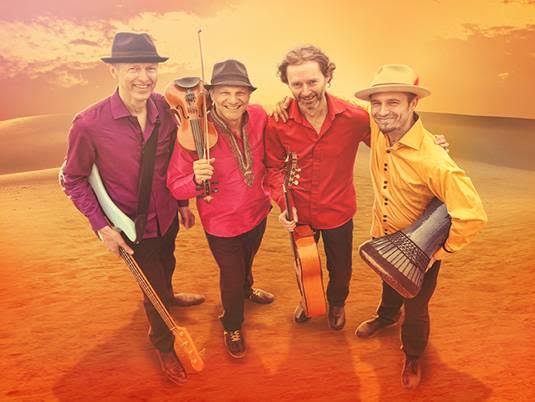 Photo by: Sultans Of String
About: Sultans of String Quartet 2015 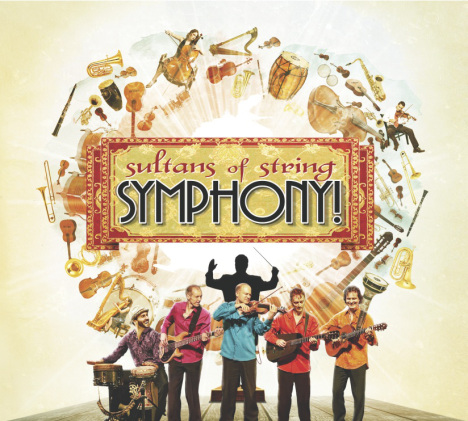 + 13 more
ABOUT
Sultans of String are sharing the wealth. In more ways than one.

Over the past dozen years and six albums, McKhool and his bandmates — co-founding guitarist Kevin Laliberté, bassist Drew Birston, Cuban percussionist Rosendo ‘Chendy’ Leon and second guitarist Eddie Paton — have excelled at both. Thrilling listeners around North America with their genre-hopping fusion of Celtic reels, flamenco, Gypsy jazz, Arabic, Cuban, and South Asian rhythms, Sultans of String celebrate diversity and creativity with warmth and virtuosity. And they often do it with artists such as Paddy Moloney and The Chieftains, Richard Bona, Benoit Bourque (Bottine Souriante), Nikki Yanofsky, Alex Cuba, Ruben Blades, Crystal Shawanda and Ken Whiteley.

With their historic and visionary seventh album Refuge (coming in 2020), McKhool and co. bring their unique brand of musical synergy and collaboration into the studio like never before. Their most ambitious, diverse, inclusive and passionately political album, Refuge puts the Toronto-based Sultans face-to-face with a VIP roster of artists from around the globe — including American banjo master Bela Fleck, Israeli vocalist Yasmin Levy and others, like Iraqi violinist Imah Al Taha and Iranian santur master Amir Amiri, who have fled the peril and persecution of their homelands for the safer shores of North America.

"This is a project that is centred around the positive contributions of refugees and new immigrants to U.S.A. and Canada," says McKhool, whose Lebanese grandfather stowed away on a ship bound for North America a century ago. "We are bringing in special guests that are newcomers to this land, as well as global talents that have been ambassadors for peace. We wish to celebrate the successes of those who make the journey here, and bring their extraordinary talents with them. We hope that the kinds of conversations we can have as musicians can provide a model for peace that our politicians and citizens find inspiration from."

That inspiration could not be summed up more clearly than on Refuge's gorgeously evocative and powerful first single I Am a Refugee, co-starring Somali poet and multi-media artist Ifrah Mansour, who now makes her home in the Twin Cities. "I wrote the poem for me, for my community, and for those that are yearning for change, those yearning to deepen their empathy," explains Mansour. "Writing the poem was a way to unleash some pain that I could name finally – I wrote it because I was so frustrated with so many people sending me emails and asking me what I thought about the travel ban, the first time our American government here shared the first travel ban. And that an artist’s job is to draw that hope, especially in a time of deep hopelessness."

Like most of the collaborations on Refuge, I Am a Refugee came to life in the studio, with Sultans of String and their guests composing and creating together. But no matter how they began, they all ended the same: with all the artists recording together at Jukasa, a world-class recording facility on the Six Nations reserve between Toronto and Buffalo.

"We knew we had to do it this way," McKhool stresses. "We couldn't make an album honouring refugees and do it long-distance. But having everyone in the room at the same time made it extremely challenging, both from a logistical and technical standpoint. But the results certainly made it worthwhile."

Of course, Sultans of String have never taken the easy road. Since releasing their debut album Luna in 2007, they have continually strived to make each chart-topping album more original and meaningful than the last. That includes working with an orchestra (2013's Symphony), teaming with Pakistani sitarist Anwar Khurshid (2015's Subcontinental Drift) and even crafting a world-music holiday album (2017's Christmas Caravan), which landed them on the Billboard charts and the New York Times. Their ambition and work ethic have garnered them multiple awards and accolades, including three Juno nominations, first place in the International Songwriting Competition (out of 15,000 entries), three Canadian Folk Music Awards, and countless other honours.

Their live resumé is similarly stellar. Equally at home in a concert hall, jazz club or festival setting, the Sultans have gigged at the legendary club Birdland in New York, the renowned Celtic Connections Festival in the U.K. and the San Jose Jazz Festival. They have performed with symphonies across Canada and the U.S., and played live on BBC TV, Irish National Radio, World Cafe and SiriusXM in Washington. No matter the venue, the goal is the same, McKhool says.

"I've always wanted our concerts to be a place where everyone feels welcome. I want to reach out to diverse communities to say, 'Come out and enjoy music with us — you're going to have a really good time.' And it's great to see people from, say, the South Asian community mixed in with the hipster crowd. Or to play some very small towns where they might not have heard a sitar played live before. It benefits society as a whole, to have people from around the world blending their ideas, mixing their cultures."

And sharing the wealth.

2013 Festivals & Events- Performer of The Year

2012 OCFF Songs of the Heart Winner

2012 Festivals & Events- Entertainer of The Year

“Energetic and exciting music from a band with talent to burn… the very epitome of world music: no boundaries, no rules… the sort of band and music that would rip up any festival in the country!”-Maverick Music Magazine, UK

“They are players without borders… world music that transcends place and time with a heavy dose of playfulness added in.” -The Vancouver Province

“Chris McKhool and the boys were fantastic! They can play my Bar Mitzvah.”-Bob Ezrin, producer (Pink Floyd, Kiss)

“GREAT Album! The uplifting energy that comes from these songs has earned it a permanent place in my cd player.”-Andy Dooley-Miller, KVMR, 89.5 FM, California

“Thrill of improvising makes Sultans a thrill to experience… gripping suspense for both the audience and the musicians… Superb!”-Roger Levesque, Edmonton Journal

“The playing is top notch and every track is a musical discovery!”-Errol Nazareth, Toronto Sun