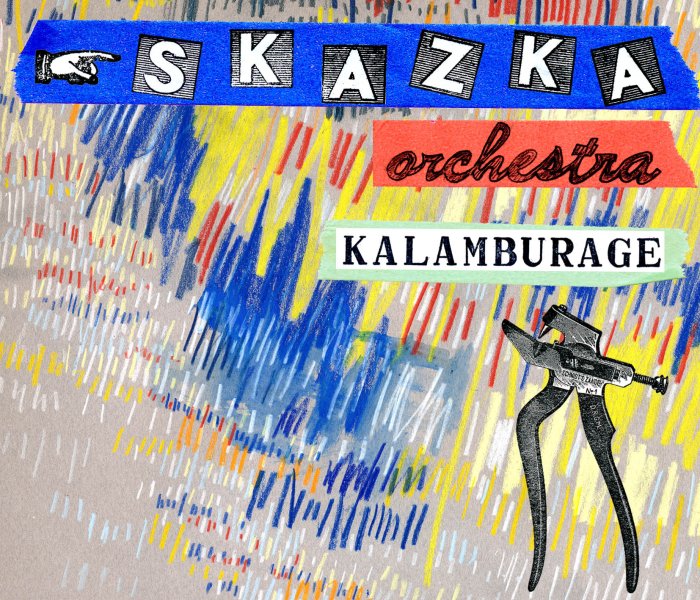 ABOUT
SkaZka appeared out of nowhere and have been a jewel of the Berlin scene ever since. SkaZka is the band everyone likes. If you want to have a good night out, full of vitality and dancing, SkaZka is the band to watch. They are no intellectual classic-lovers or world music aficionados, but just charming young people who like to have fun themselves. That’s why the audience loves them. They tell their crazy fairytales on a wave of sweat, honesty and good vibrations. But as SkaZka’s founder members Artur Gorlatschov and Valentin Butt, who came to Berlin from the former Soviet Union in their childhood, have studied accordion and drinking beer at the prestigious music school ‘Hans Eisler’, SkaZka instantly had a high musical level while being accessible and easy to dance to at the same time. After they had set up SkaZka together with their cool drummer girl Elena Shams in 2007, they quickly found a broad fan base between wedding and rave, folk fans and party people, theatre and playground. The orchestra, which had grown to eight members by then, is driven by ol’ captain Flo Metzger on double bass. Andrej Ugoljew on trombone and Johannes Böhmer on trumpet come from jazz, are handsome and blow their whistles to the limit. Playfully SkaZka combines Russian folk, klezmer, ska, Balkan music, Latin American rhythms and even jazz to create a multi-cultural sound which is typical for Berlin: not too academic, but party-oriented. Germans? Russians? Berliners! But they sing mostly in Russian, which suits their music best. In 2010 the band won the 1st price at the world music festival BilleVue in Hamburg. In the same year they sold out the famous Festsaal Kreuzberg in Berlin for the release party of their debut album. That record was fun, but didn’t manage yet to capture all facets of Skazka. This time they have produced in the famous P4 Nalepa studio and thus ‘Kalamburage’ not only has a tight sound, but just bursts of ideas and musical styles. ‘Calambour’ is French and Russian and means play of words or twisting the meaning. Thus SkaZka’s lyrics are like strange plays in a surreal wonderland. It obviously helped the record that, besides SkaZka, the band members have continued to work as professional musicians for the famous Berliner Philarmoniker, in jazz orchestras, big bands and for theatre productions. But their real baby is SkaZkka where they strip off their classical corset and let loose their wild creativity. SkaZka means fairytale in Russian. And that is exactly how their story has been developing so far. They want to play and have done so on more than 300 concerts all over Europe. For the release party of ‘Kalamburage’ they have booked the legendary SO36 in Berlin. We bet 2013 will be the year no one who is interested in Eastern European music will get passed SkaZka.