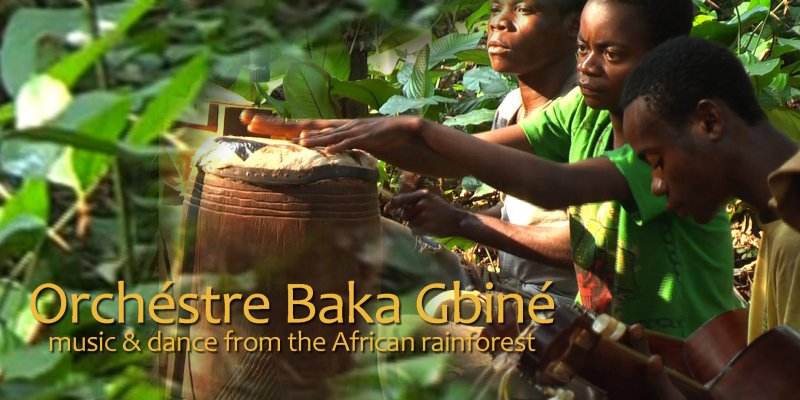 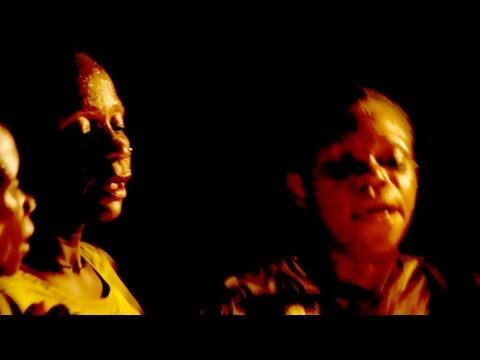 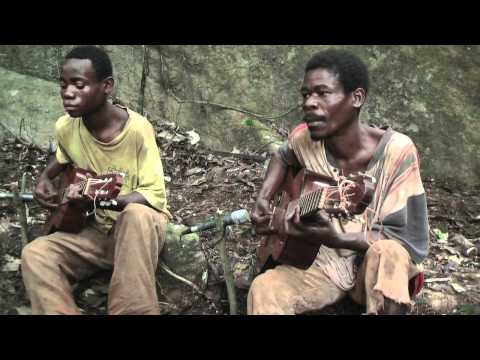 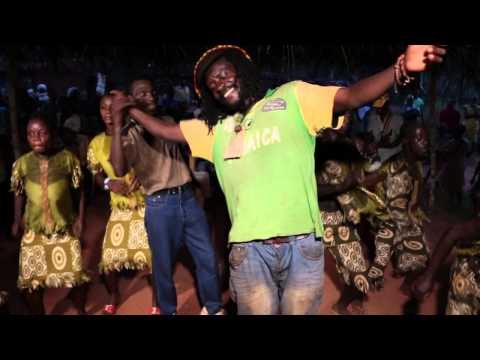 ABOUT
When Martin Cradick and Su Hart of baka Beyond first stayed with the Baka in 1992, two guitarists, Pelembir and Mbeh, were already proficient players. Indeed it was the jams they had together on this first visit that inspired the creation of Baka Beyond. Since then the guitars they have brought with them have enabled many more to learn. In 2004 Martin started multi-tracking music deep in the forest and in 2006 "Gati Bongo" entered the iTunes world music charts and has stayed there ever since. Orchéstre Baka Gbiné was born.The Baka musicians from Gbiné have come a long way since the release of Gati Bongo. Whereas none of them had ever performed outside their forest home before, since it's release they have played in UK, Belgium and Holland as well as in Cameroon and Congo.With access to the guitars brought to them over the years by Martin Cradick and Su Hart of Baka Beyond, their skills have increased. Those without guitars have been inspired to make their own traditional instruments, keeping their culture intact and vibrant.A tight rhythm section has emerged, complete with home-made drum kit, that mixes with the polyphonic vocal harmonies with intricate, hypnotic guitar lines to create beautiful, uplifting songs.Although there is now keen competition at Gbiné to play in the band, the rhythm section has become a fixed line-up of Sangowé Elvis on drum kit, Ndia Arbitre on percussion, Barma Jean-Marie on bass and Ndeké Norbert on rhythm guitar.Pelembir Dieudonné is still the most prolific of the song-writers and dynamic of the performers, but others are treading on his heels including his son Freddie (who can be seen singing on the video of "Ewoundo"). Mbeh Prosper provides most of the lead guitar.Orchéstre Baka Gbiné have recorded 2 albums, "Gati Bongo" and "Kopolo". Both were digitally recorded using a multi-track, solar-powered portable studio far from any mains electricity.