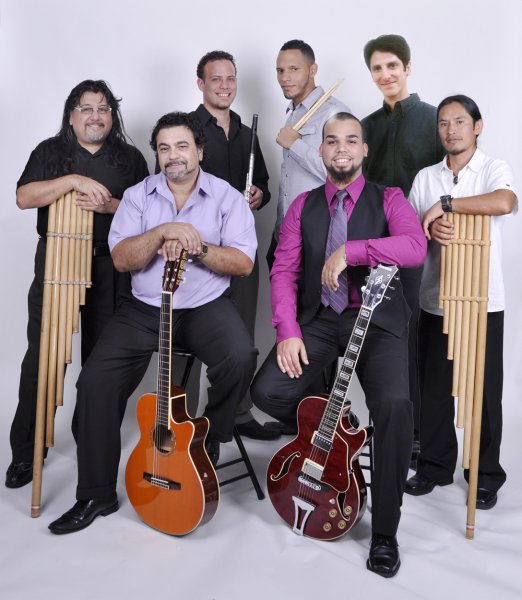 City Of The Lake
by Marka

ABOUT
MarKaperforms traditional, folkloric and pop music of South and Latin American origin, fused with Latin jazz and western textures and instruments. The group has played its unique repertoire at international-music festivals, educational events in schools, museums, and cultural institutions; and in folk, jazz and world beat clubs all across the Eastern United States.

MarKais composed of two salsa, Latin Jazz and Urban-Hip-Hop musicians from Puerto Rico, an Uruguayan rock and funk multi-instrumentalist, a Peruvian pop and traditional multi-instrumentalist scholar and a north American multi-instrumentalist klezmer, world and jazz musician. Together, they play chiefly original Folk/Pop/Latin/funk amalgams based on Andean, Caribbean, Latin and Afro-South American themes on an eclectic array of nearly fifty ancient and modern instruments. During its performances, MarKamusic accents the contributions of the four major cultural influences that have shaped modern Latin American music—the indigenous South American, the West African, the Euro-Iberian, and the contemporary North American. Traditional rhythms and melodic forms from these diverse cultures intermingled over the centuries, creating much of what is Latin American popular music today.

MarKa’s musical purpose is to drive home to its audiences that America is larger than just the United States: that America, in fact, extends from Alaska to the southernmost tip of Chile. The members of MarKamusic also feel that the diverse cultures of the Americas— tied by history and geography, but separated by politics and language—can effectively be reconciled by the sharing (indeed, by the merging) of their many musical expressions. MarKamusic’s musicians: one Peruvian, three Puerto Ricans, one Ecuadorian and one Guatemalan represent the potential of this harmonious exchange.