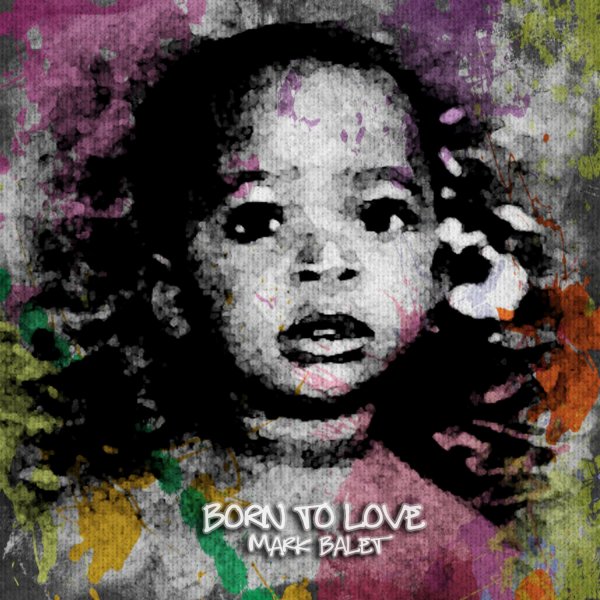 Love Of A Father
by Mark Balet
Followers

ABOUT
Mark Balet is an Ivorian reggae fusion recording artist, producer and video director based out of Brooklyn, New York. His new album, Born to Love, is lively and threaded with an innovative musical fusion of Reggae and Rock that appeals to diverse groups of listeners; a unique, intelligible and harmonious amalgamation that uplifts, intrigues and inspires the listener. The exquisite vocals of Mark Balet are a warm, rich and creamy blend of strength and sensitivity, ingrained with deep meaning, infused with sincerity, and sprinkled with a gentle rasp. His writing style is purposefully profound with explicit intent to deliver a meaningful and worthwhile principle message.

Mark Balet was born in April 1983, in the Ivory Coast to military and diplomat parents. He grew up as a third-culture kid between Abidjan, Cairo, Maryland, Paris, London and Madrid. Mark took a first step in music at the age of 13 in Maryland, and formed in 1996 a Hip-hop Reggae duo called “Mauvaise Race” with his high school best friendTash. “I improved my musical skills mostly through sound systems and open mics. We were very young at the time, and it was really impressive to freestyle among grown folks in such a wild and competitive atmosphere.”Mark was influenced by artists such as Bob Marley, Lucky Dube, The Police, Steel Pulse, The Fugees and Alpha Blondy, who also originates from the Ivory Coast.

Formerly known as Marky, in 2007 Mark Balet launched Eternel Productions, an independent record label, and released his first French EP in 2009, calledEternel(Eternel Prod – Sony ATV/ EMI Music Publishing). He found his way to the mainstream audience with his first single “Outsider”. Sponsored by Mtv Base, Trace Tv and France televisions, hewent on a European tour in 2010 and has performed in venues such as New Morning, La Scène Bastille, Le Réservoir, Salle Heineken ...Mark Balet Has established his musical identity and has created a refreshing Reggae-rock fusion sound with guitar drum and bass.Born to Loveis an LP of 15 songs recorded in a year with his team composed ofguitarist Richie Palacin, andmusic producer White Gorilla, with the exception of the song “Running” (Produced by Thornato). “Richie is undeniably the best guitarist I’ve ever met. We’ve been making music together for the past 9 years, and it was the right time to record a full album together.”

His debut album “Born to Love” sweeps the listeners through a life-journey.In 2001, Mark joined a resistance movement against the military regime in the Ivory Coast, and during the war he lost two of his close friends and as well as hundreds of comrades. “The 21st and 22nd of October 2001 were bloody days. Many youths lost their lives. I’m convinced that there is still hope for Africa, but there will be no change without unity.” Mark Balet wrote the song “United States of Africa” as a call to unity for the sake of future African generations.

The ongoing love theme throughout the album spans chronological aspects of human experiences with love, beginning from birth with the powerful love between mother and child, as depicted in the song “Mother Angel”, and ending with the fear and sadness of the loss of love as a result of death, as portrayed in the song “Fallen soldier. The songs in-between encompass different phases of love, such as the distorted feelings of jealousy and betrayal, as in the song “Officer”; discovering the power within oneself to overcome adversity, as an inspirational love simulated in the song “Rising Son”; “Love of a Father” which entails spiritual love; and, of course, the song acclaimed as the album title, “Born to Love”, in which he addresses the broader question of why we are here… Mark Balet makes it clear that the answer is: we are “Born to Love”.His debut album is available Now.