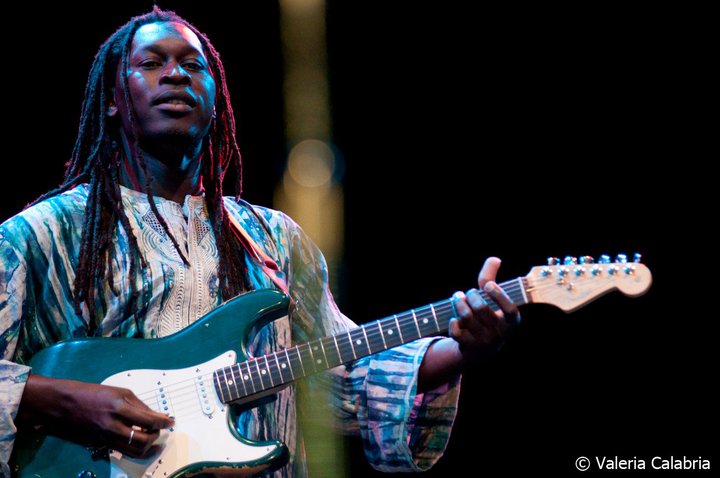 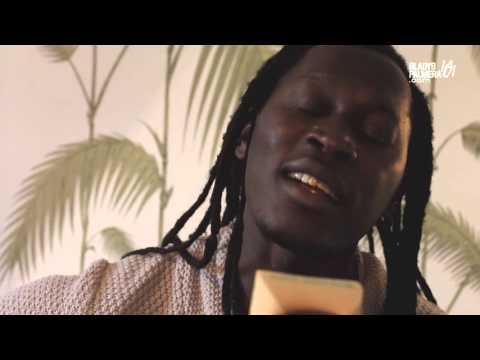 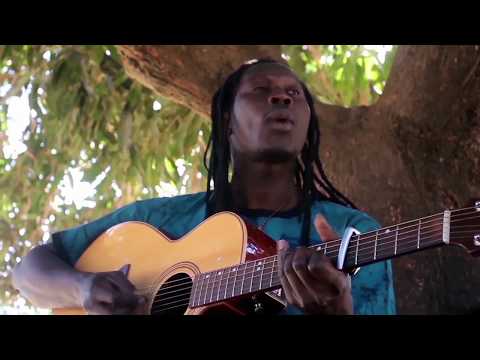 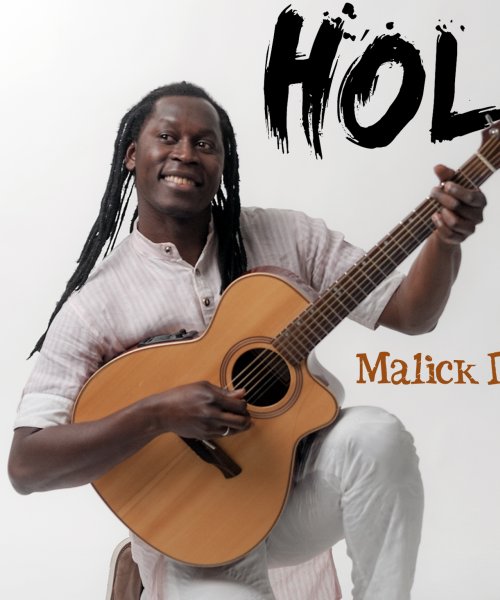 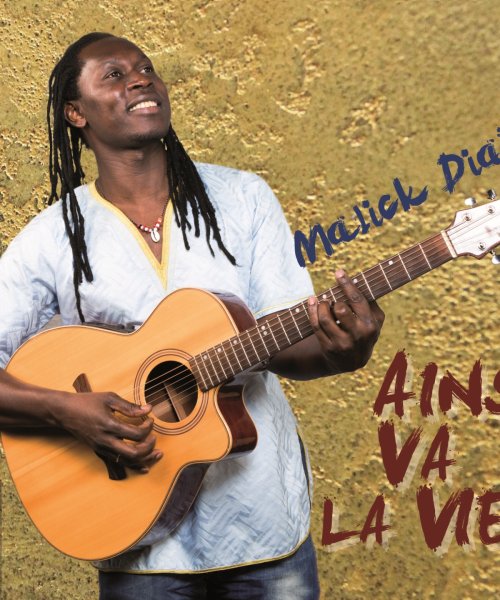 ABOUT
Guitarist, author, composer and singer-songwriter, MALICK DIAW is a Senegalese musician based in Paris. His music tends towards folk with touareg, mandinga, blues, jazz, etc., mixed with African rhythms and accompanied by the acoustic guitar, shekere and percussion (djembe, cajón), bass guitar and chorus.

Malick Diaw started his musical career in 1993 when, still a student in Dakar, he requested permission from the music school to perform outside his city of birth, and in the neighbouring country of Gambia. He accompanied Dial Mbaye, a Senegalese musical diva, on guitar and at the end of that year recorded “Beukarek Garaman” with her, composed and arranged by the maestro Cheikh Tidiane Tall.

Alioune Mbaye Nder and the Setsima Group led him to make his first visit to Europe in March 1995 when he toured France. This same year gave birth to “Aduna”, recorded with the Setsima Group, and a year later with the same group he recorded “Inalmanaila” and “Fatelekoul dom”, two live albums. The year 1997 brought the album “Leneen”, and the last recorded work with the group is “Thiaat”, in 1998.

France, the UK, Italy, Belgium and Spain formed a well trodden tour path for Malick Diaw between 1995 and 1999 with the Setsima Group.

In 1999 he participated in WOMEX in Berlin with Badara Seck Ngalla’s band Pënc, and in the Masala Festival in Hannover. Two years later they were invited to the MASA Festival in Abidjan, Ivory Coast. In 2001, after a six-month collaboration with the Senegalese singer Assane Ndiaye, he travelled to France to record “Madada”, Kamaldine Konte’s first album. Among the tracks Malick Diaw collaborates by contributing some of his own compositions. The album was produced by Bocana Maiga and nominated to the KORA AWARDS from South Africa.He first came to Madrid in 2002, where he recorded “Fass” and “Nitt” with Djambutu Thiossane, a Madrid-based Senegalese group, with whom he then went on a tour to such well recognized concerts as the Etnosur Festival (2002) and the festivities of San Fermín (2003).

Along 8 years living in Spain he joins other Senegalese groups such that of his well known fellow countryman Sidy Samb (formerly member of the popular group Mártires del Compás), with whom he recorded his first international album “La Sombra del Duende” (The Goblin’s Shadow) and two records for the Senegalese market, “Ngewël” and “Morena”.

In the following years tours continued with various renowned concerts such as the San Sebastian Jazz Festival of 2004, the festivities of San Fermín in 2004 and 2005 and numerous regional fairs across Spain. With Babacar and the Diengoz he returns to international touring participating in the Chihuahua Festival of 2008, in Mexico.

Open to many music trends, he will play together with many different artists, such as Piruchi from Hijas Del Sol, an artist from Equatorial Guinea, and Bidinte, from Guinea Bissau. From 2006 to 2009 many Senegalese stars of the standing of Fallou Dieng, Pape Diouf, Titi, Abdou Guite, Mapenda Seck, Fatou Guéwél, Pape Thiopet, Djiby Dramé, etc. played with Malick in their European tours.

In 2009, he worked with Mariem Hassan, a well known artist from Western Sahara, with whom he played at WOMAD at Charlton Park, England, and at the Taormina (Italy) WOMAD, as well as in the recording of her album “Shuka”. Since 2009, Malick has been working in his own compositions, while touring regularly in Spain, France, Switzerland.He released his first solo album "AINSI VA LA VIE" in November 2015.