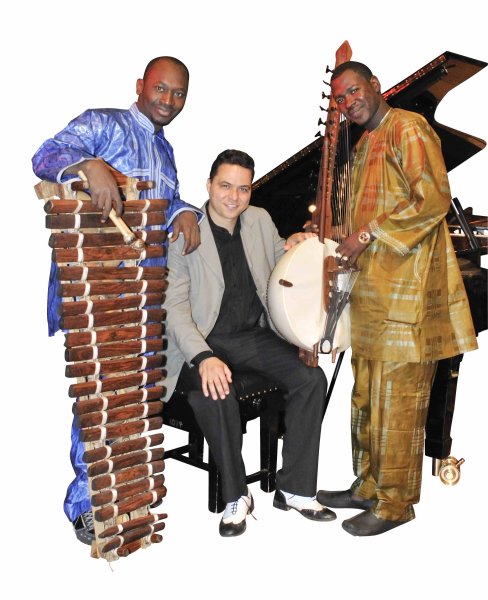 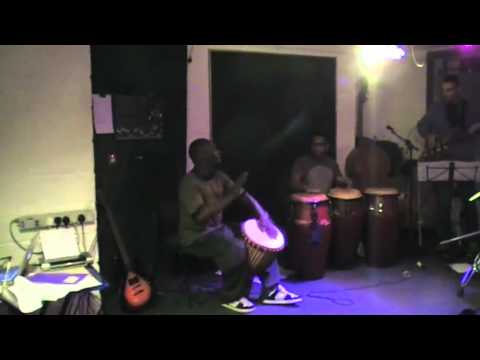 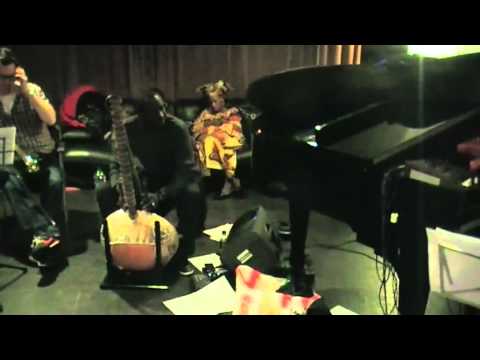 ABOUT
The idea for Mali Latino was born on tour and is the brainchild of master kora player Madou Sidiki Diabaté (brother of Toumani Diabate) and pianist Alex Wilson. In 2004, while on the road with Malian singer and griot Kandia Kouyate, Madou and Alex struck up an instant connection and at the end of the tour decided to cement the musical encounter by recording a track together - Remercier les travailleurs. Madou then returned to Mali but the two remained in contact. Skipping four years ahead, Alex was offered Composer Residency at the prestigious Aldeburgh Music and his first thought was to continue on the project initiated in 2004. In preparation, Alex visited Mali in February 2008, six months ahead of the residency, and it was there that Madou introduced him to Ahmed Fofana. Alex was struck by Ahmed's virtuosity, musicality and openness and they all agreed that he would be an ideal third musician to lead the project. In September of 2008, the three found themselves in the Suffolk countryside with the resources of the Britten-Pears building at their disposal. An intense week followed where the three penned fifteen song ideas followed by an hour's recital to a rapturous audience. An album recording followed, featuring the full band lineup of trumpet, trombone, latin percussion section, balafon, kora, piano, bass and Malian vocal, totalling nine musicians. Mali Latino were invited to perform at Aldeburgh the weekend of May 9th 2010 to mark the opening of their new building followed by a sold-out proms concert on August. A tour for November 2010 was then organized. Expect fiery latin percussion mixed with the driving village rhythms of Mali, with the virtuosic kora and piano of Madou and Alex and the intense combination of mandé and Cuban vocals.