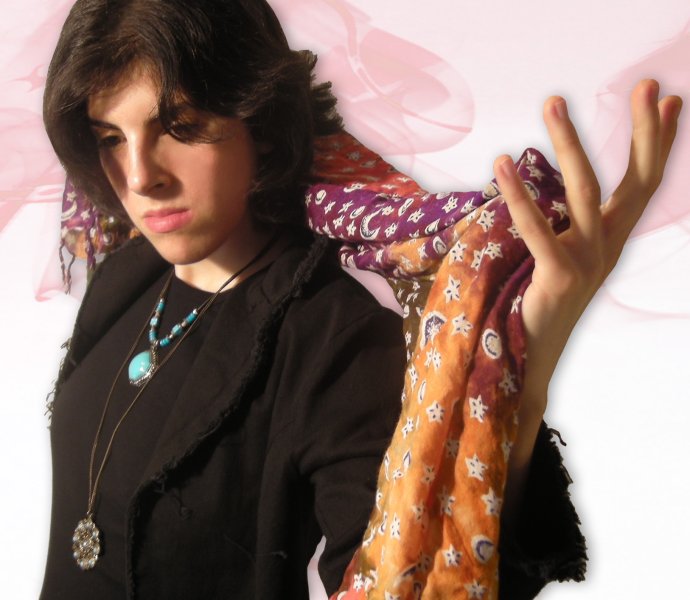 ABOUT
Hadar Maoz, a talented singer, creative and inspiring performer, electrifies the crowd with a musical journey into the world of Asian soul groove. Recently published her new album "Asian soul."

This year Hadar performed in the U.S. with her musical ensemble named Hadar Maoz in two successful concerts in Manhattan.

Hadar Maoz perfumes in the last 10 years. Hadar cultural roots began in Bukhara, Uzbekistan. Bukharin traditional music of Central Asia has been around for over 2500 years. Hadar sings devotional singing - a style passed through many generations of her family in Bukhara – and was influenced by the ancient oriental styles. Hadar unique style combines between traditional music of Central Asia and electrifying modern groove

Hadar sings and plays many instruments, including Tar, Saz, Dayereh, percussions and bass. During her the show Hadar combines dance acts inspired by the styles of Central and East Asia.

Hadar performed in different places in Israel. In 2009 Hadar released the album "Tribe of brothers" with Yoel Ben-Simon and performed in the Jerusalem International Oud Festival.

In 2006, 2005 Hadar participated with “Habreira Hativeet” in two tours in Europe, USA and Canada. Habreira Hativeet, formed in 1977, plays music that has evolved from Sephardic, African and Eastern roots. It was the first group to play Israeli world fusion.

Please advise how we can register to the festival.

“Hadar emanates raw talent and delivers a powerful performance, clearly connected in a deep way to her music’s mystic source”

“The show was great, Hadar’s talent and passion definitely came across live, and it makes for an exhilarating show. She used some traditional drums which the crowd, especially the younger attendees responded to well. The percussion was wonderful and a great aspect to the show. Clearly talented!

“ The band was great, Hadar really has a great stage presence and charisma, in addition to really taking in the traditions, it’s a great combination. The band is doing a great job of mixing the old and the new.”