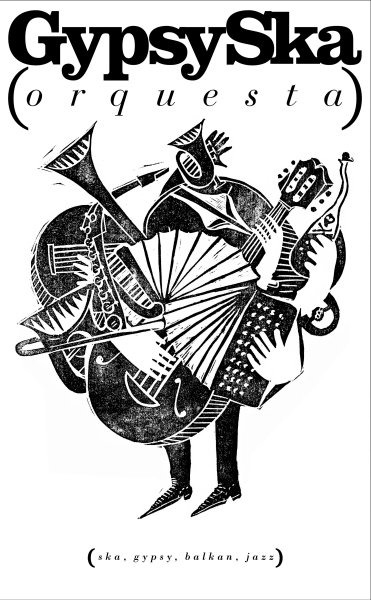 ABOUT
The Gypsy Ska Orchestra was born in 2009 from a street musical proposal of Sebas- tian Leon (sax), and Mauricio Vivas (accordion). In the beginning, the goal was simple: Go out and play in the street to share with strangers in a regular enviroment the musical work that we were developing. So, in a rushed and chaotic rythm (as our city), between the street, jam sessions and musical experiments, the project was taking shape, friends joined and so, once or twice a week for a few hours the sidewalks of Caracas became our makeshift stage.

In mid-2011, begin to emerge numerous invitations to play at local parties, exhibitions, weddings, dance performances and from there then this gathering Consolidates as an ensamble, being so far nine stable musicians, making us an orchestra.