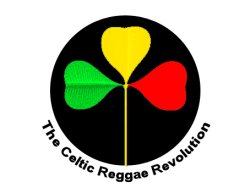 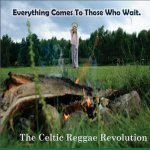 Saint Patrick was Jamaican! Reggae's Irish connections   There have long been connections between Ireland and Jamaica. 350 years ago, after the defeat of Irish rebels by Oliver Cromwell's army, thousands of young Irish boys and girls were forcibly transported to Jamaica to work as indentured servants. Many of the Irish ended up working   alongside black African slaves, in similar conditions, on the plantations.   Sir Alexander 'Busta' Bustamante, the first Prime Minister of Jamaica, used to boast that he was 50 per cent Irish, 50 per cent Jamaican and 10 per cent Arawak (indigenous people of the West Indies). Today Irish is the second most commonly claimed ethnic origin – after African – in Jamaica. Irish surnames (such as Burke, Collins, Mackey, Murphy and Madden) are common. And famous Jamaican's who claimed Irish decent include Marcus Garvey the Pan-African human rights leader and Chris Blackwell the record producer, founder of Island records and - according to the Rock and Roll Hall of Fame – the 'person most responsible for turning the world on to reggae music'.   The Celtic Reggae Revolution continue this blend of Irish and Jamaican with their long-awaited, and appropriately titled, album 'Everything comes to those who wait' .   The album is the latest creation of Northern Irish singer, songwriter and musician - Brian Gilligan . His previous album 'Listen to your heart' recorded with Paddyrasta – won praise and a cult following. “Absolutely Terrific!”   BBC Radio Scotland Celtic Connections   'A fusion of irresistible reggae rhythms, traditional melodies and socially conscious lyrics, this multi-cultural band combine to produce a unique sound that makes you just want to get up and dance - simply unmissable!' Gig n' the Bann   'Everything comes to those who wait' by Celtic Reggae Revolution features a mix of reggae versions of traditional Irish songs and original Celtic/Reggae fusions. Well loved traditional Irish songs 'Raggle Taggle Gypsy' and 'Spancil Hill' are reworked in reggae style on, respectively, ' Raggle Taggle Reggae' and 'Spancil Hill/Gordon Wilson is a forgiver' . Original tune compositions  include 'reggae reels' – a blend of reggae and traditional reels – 'Ghandi's Triumph'   (with its delightfully syncopated rhythms) and 'The Very Hairy Rasta Fairy' and Brian Gilligan singing the laid back 'You Got to Laugh' and 'The United Mistakes of America' (complete with Hillbilly banjo and reggae beat).   'Everything comes to those who wait' by Celtic Reggae Revolution also features Northern Irishman Jarlath Henderson , one of the finest exponents of the uilleann pipes in the world, he is a talented and versatile musician who also plays, low whistle, tin Whistle, flute and cittern in addition to having a fine voice. He regularly guests with Scottish bands Capercaille, Salsa Celtica and Phil Cunningham.  Martin MacDonald from Lewis also features on guitar and his performances on “Good People” and “Raggle Taggle Reggae” in particular, are highlights of the album. Tom Roche from Cork, (Accordion) also features on some tracks with his “Sliabh Luachra” style and Egyptian Aly Salam features on drums and percussion.   'It’s a superb album' – Pete Maher (U2's mastering engineer)   ‘I love it !’   Andy Donnelly  The Celtic Show, CKUA Radio, Canada.   ‘With this album the Celtic Reggae Revolution have achieved the near impossible by bringing together traditional Irish music and Dub Reggae with great Pop hooks. The positive vibes are infectious throughout this socially conscious, beautifully produced album.’  Dave Flynn, (composer/guitarist) The Tune Makers   The album is available digitally from iTunes, CD Baby, Amazon and Spotify among other outlets and has physical distribution though Highlander music and soon to come CD baby.   Brian Gilligan is available to interview on:    phone: 0034655477014 To arrange an interview, or for a written interview, just email Brian at: celticreggae@gmail.com If you like either reggae, world fusion or Irish/Scottish Traditional/folk music, you will want to listen to this album.   Ok, so Saint Patrick is not really Jamaican, but he wasn't born in Ireland either. But don't worry about that. Chill out. Let the music transport you to a place where Ireland meets Jamaica.          http://www.celticreggae.org/ more
Follow
Send Message
About


The Celtic Reggae Revolution, ablend of Irish and Jamaican have arrived with their long-awaited, and appropriately titled, album 'Everything comes to those who wait'.

The album is the latest creation of Northern Irish singer, songwriter and musician - Brian Gilligan. His previous album 'Listen to your heart' recorded with Paddyrasta – won praise and a cu... more