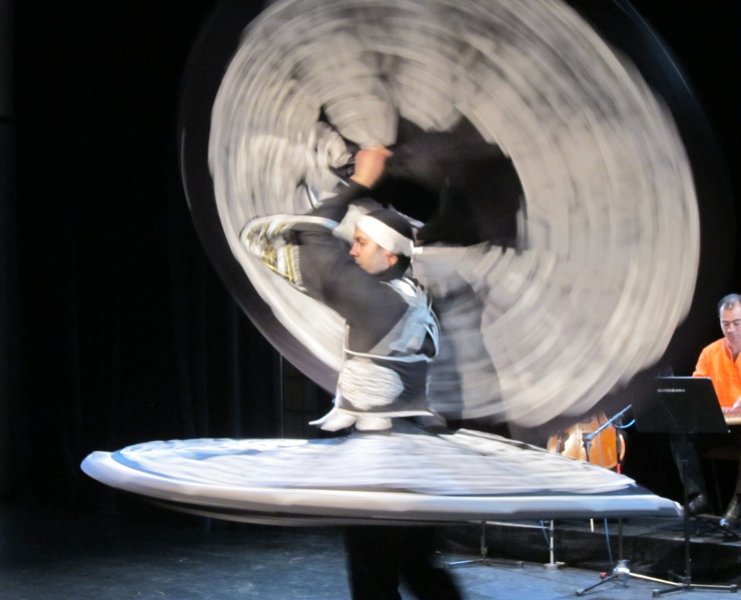 ABOUT
Broukar were formed in 2007 by Tawfik Mirkhan (qânum), Amer Dahbar (percussion) and Adnan Fathallah (oud), all of them excellent musicians, trained at the best schools, such as the famous Higher Institute for Music in Damascus. There are now six of them on stage: five musicians and a whirling Dervish, Ahmad Alkhatib, ready to flip your senses with their piercing music, inspired by divine Sufi philosophy, in their own enthusiastic, highly spiritual reinterpretation of classical Arabic songs, both sacred and secular. The highlight is certainly the hypnotic ritual of the sacred dance of the Dervish, as he turns on his own axis, slowly at first then faster and faster, in an unrelenting spinning to ecstasy, until the final religious trance is reached. Magic.