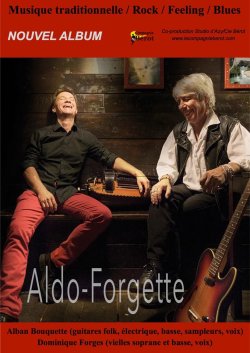 Aldo-Forgette is an unlikely meeting that is clearly adding to an already rich journey for these two musicians, Alban and Dominique, whose reputations are well established in feeling / blues / rock and central-French traditional music, respectively.

Following the guideline that both musicians would retain their own land... more