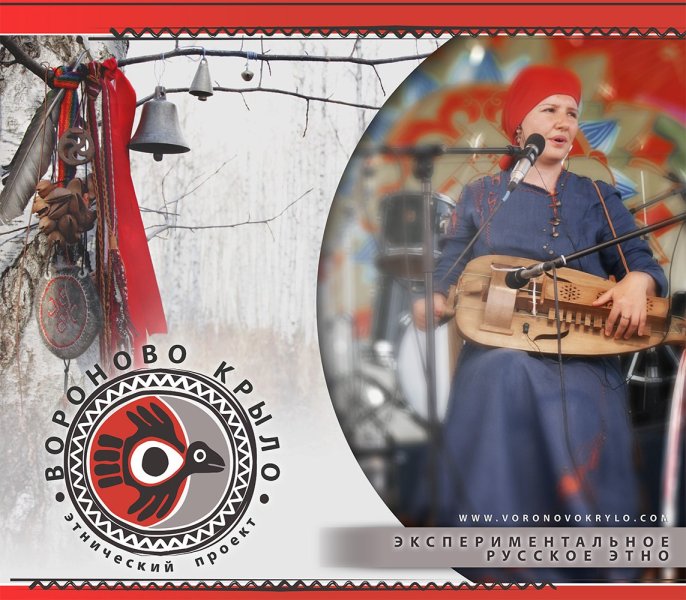 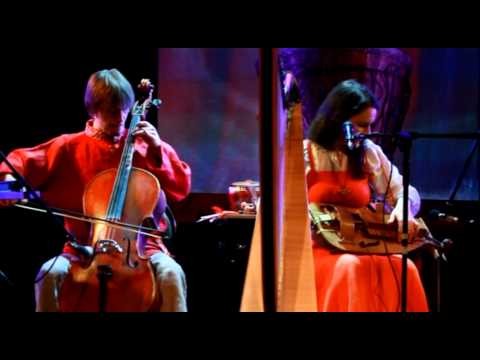 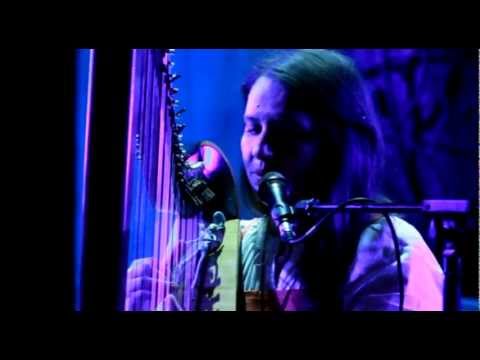 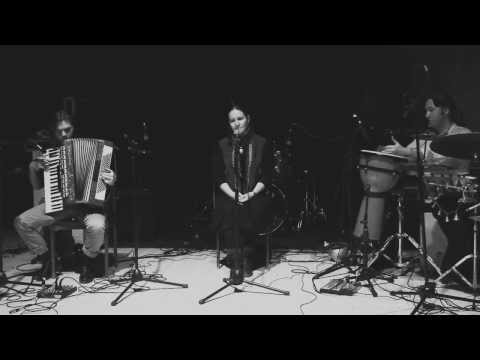 ABOUT
Experimental realization of Russian folklore in ethno-ritual and ethno-trance forms.

Voronovo krylo (Raven’s wing) – the ethnic project that has been functioning for more than 6 years. The project is a kind of art laboratory, combining artists of quite different (sometimes very different) fields: music, video art, plastic performance. It is Russian ritual folklore that is their general point of interest and most of all – its new forms of expression in the modern world. With the purpose to reveal the deepest levels of ritual songs the project members investigate folk traditions of various Russian regions. As if returning to immemorial cults and shamanism, the musicians attain trance sound in folk music, for which numerous archaic musical instruments of many peoples are used along with up-to-date computer technologies. However, being neither reconstruction nor ethnographic modelling, it is more an experiment, just search for new artistic norms.

The Russian gusli, The South-Russian lyrichord (The European hurdy gurdy), folk string instruments (the cymbals, the balalaika, the domra), the accordion and various folk harmonicas, the clarsach, the violoncello (sometimes the conrtabass), the flutes (from classic orchestra ones to folk ones, such as the whistle, the bansuri, the syakukhati, the khulusi), overtone instruments (the jaw harp, the kalyuka - the overtone flute, the didjeridoo), the percussions of different places of the world (the jembe, the cajon, the darbuka, the tembrel, the oud and many others).

Presently there are four principal participants in the project:

Andrey Mikhailov - the band chief, (plays different percussions and overtone instruments: the jaw harp, the overtone flute, the didjeridoo) a musician, a designer and a video-artist.

Leonid Imennikh – a musician, (in the project plays the percussions, string instruments and the accordion), a composer. Leads an art laboratory of post-academic music and is deeply involved in such modern music activities.

Sergei Misyurev – a multi-instrumentalist (in the project plays wind instruments: ethno-flutes, the clarinet, the trumpet), a sound-designer and a sound engineer. Cooperates with several electronic sound art projects which combine music instruments and high tech. An organizer of electro music internet label.

Four years ago these musicians have founded an “Experimental folk project team “Sozvuchiye”, that operates in the Culture Centre at PermStateResearchUniversity (Russia). The team members deal with theoretical and practical studying of the traditional Russian culture.