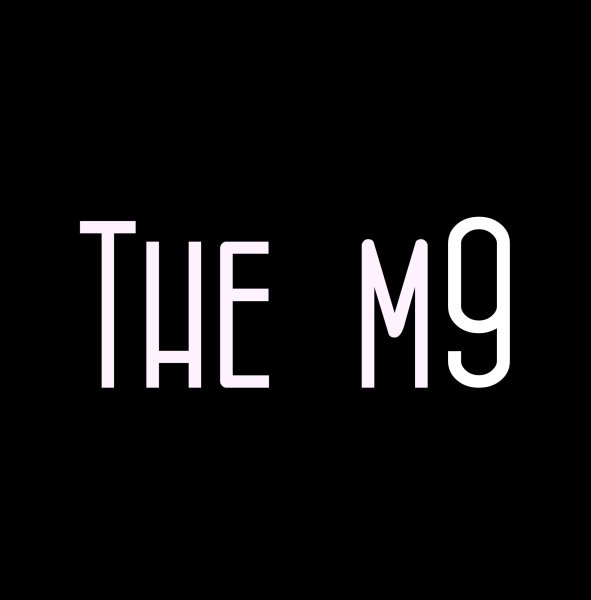 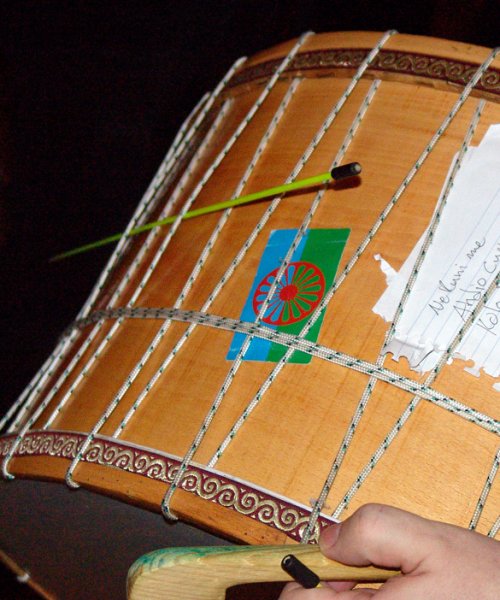 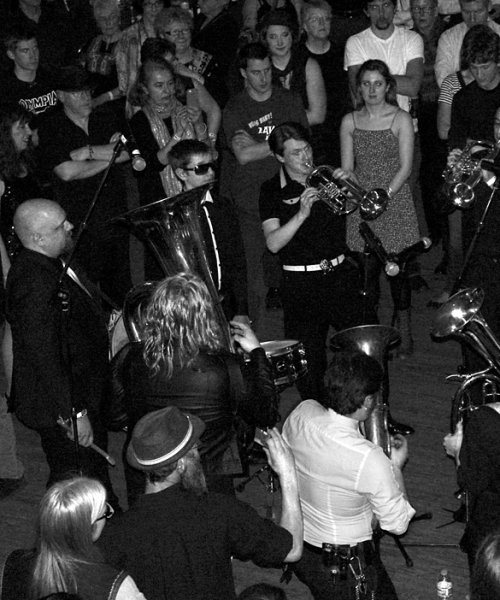 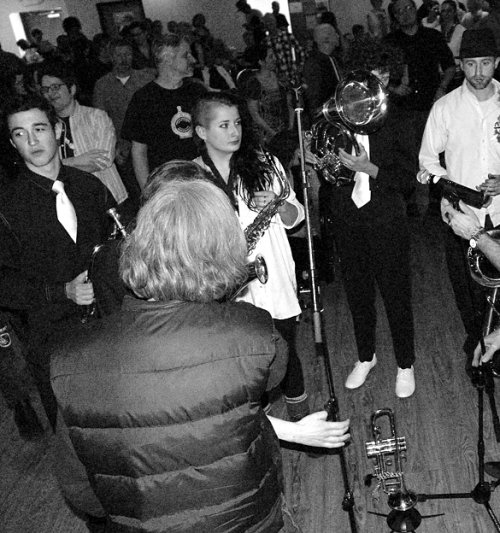 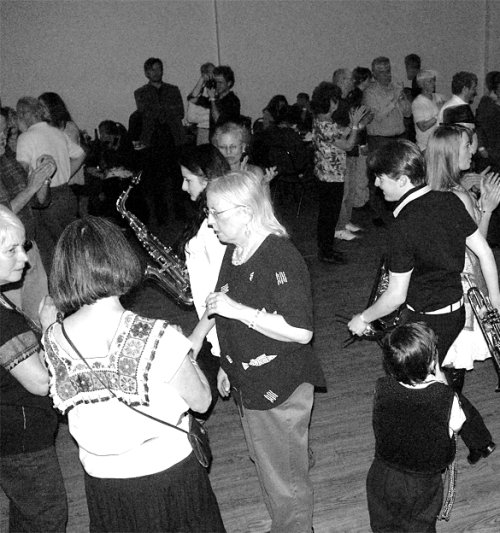 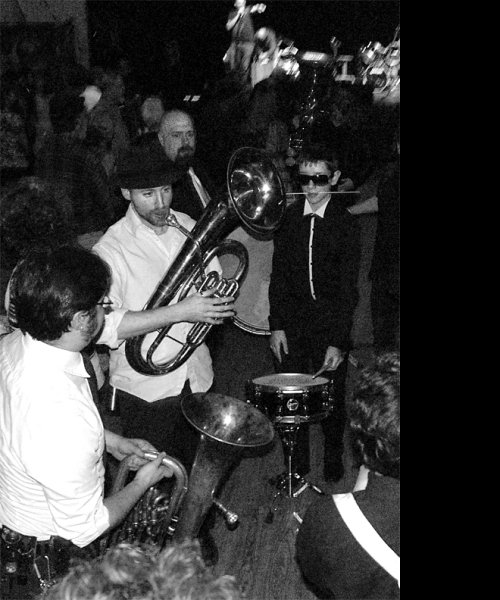 ABOUT
The m9 (pronounced The minor 9)is a Balkan brass band from Seattle, exploring a newly-emerging style of Romani brass music from the hills of southeastern Europe.

The m9 was truly conceived of on a front porch in Austin, Texas in March of 2013 during Honk!Fest TX. Present on the porch were Stef Brendler, Eleni Govetas, Erik Peters and a band mate from the Bucharest Drinking Team, Peter Lippman. The goal was to create a group which played the Balkan brass classics with the energy of new releases.The true inspiration for the band's sound would come in the summer of that year when Govetas, Peters, Lippman, and erstwhile m9 trumpeter Sky Lambourne travelled to Serbia and Macedonia to hear the cream of the crop of Romani brass bands from across the region. The new material floating in the air at competitions, weddings and in the back alleys was a revelation.Upon returning to the states, Peters quickly enlisted the help of players from Seattle's legendary Orkestar Zirkonium, folk group Dromeno, and renegade marching band Chaotic Noise Marching Corps. Rehearsals began in a distillery and moved on to basement recording studios, circus gymnasiums, and old-west hotel rooms.

The m9 debuted at Balkan Night Northwest 2014 and continues to thrill audiences with a repertoire blending east and west, old and new.

The m9 draws inspiration from high-energy brass bands from across the globe to create a unique soundscape where East and West collide. The new global fusion sounds of the rich Balkan Romani brass tradition form the core of a repertoire which excites, invigorates, and inspires curiosity about one of Europe's most misunderstood minorities.