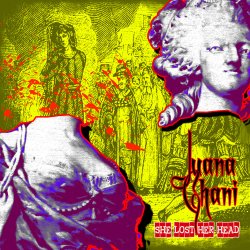 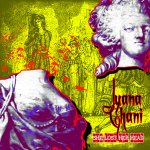 Filled with songs of anarchy, drunkenness, hazy dreams, dark fantasies, and delusion sprinkled with isolated moments of hope and empowerment, “She Lost Her Head,” the newest album from Utah-based Gypsy punk band Juana Ghani , chronicles an enthusiastic and unwitting descent into madness. From the opening punk polka anthem “Watch It All Burn” through the final insanity of the title track, “She Lost Her Head,” this is Juana Ghani at their most lunatic.      Special guests appearing on the album are David Bowen (upright bass and backing vocals), Michael “Fish” McFadden of Barbaloot Suitz and Wasnatch (trombone and backing vocals), Jonali Sorensen of Barbaloot Suitz (backing vocals), and Brad McCarley of Tupelo Moan (backing vocals).   Artist Paul Hitter is the founder of the Balkan Expressionism art movement.  Currently living in Bucharest, Romania, his work is shown in galleries and concert venues throughout Europe and the United States.  Combining elements of street art, folk art, and iconic symbolism, he has captured the attention of people worldwide.  He has done artwork for the bands Gogol Bordello, Viza, and Koza Mostra, among others.   Produced by Brian and Leisl Bonell, “She Lost Her Head” was recorded and mixed at Salt Lake Recording Service by Brad McCarley and mastered at Man vs. Music by Mike Sasich. Pre-order "She Lost Her Head" now at http://juanaghani.com   more
She Lost Her Head - pre-order
We are so excited that our CD "She Lost Her Head" is finally becoming a reality.  It is scheduled to be released in June!  The CD can be pre-ordered from our website at http://juanaghani.com to ensure that you are the first to have it.  Hooray! more
PHOTOS 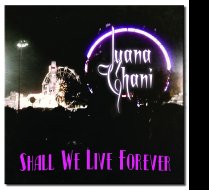 Shall We Live Forever 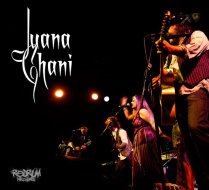 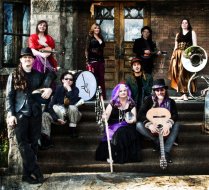 Juana Ghani
See all photos (7)
Follow
Send Message
About
Having become disenchanted with the way their worlds were moving through the slums of mediocrity, Juana Ghani broke all ties with everything safe and familiar and began to musically roam. Individually, they spent decades wandering the alleys and backstreets of rock-n-roll, blues, and musical theater, never really finding a place to call home. It wasn't until Gypsy feet met Minstrel soul that th... more
Influence
Gypsy
East European
Genre
gypsy punk, gypsy rock
Other Pages