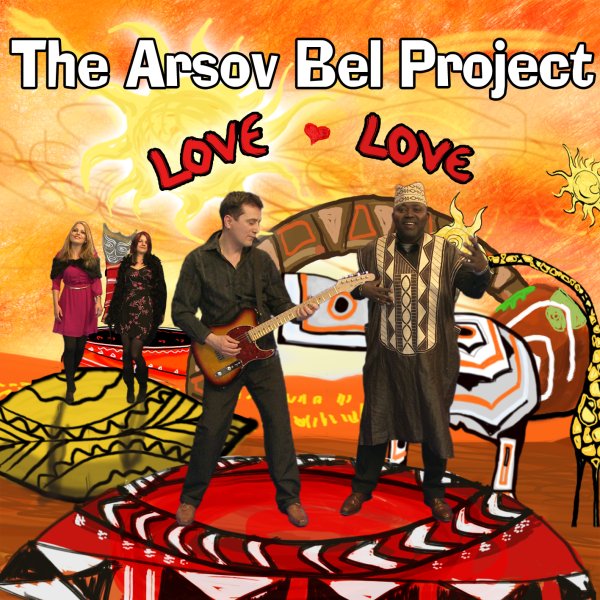 Coffe
by The Arsov Bel Project

A Little Kiss
by The Arsov Bel Project 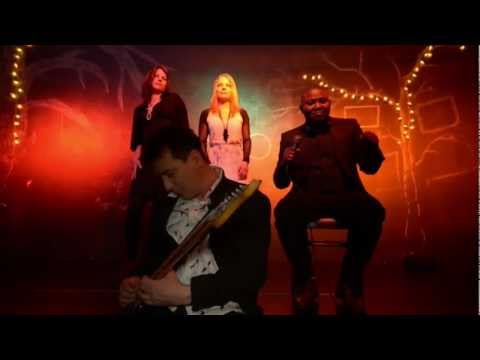 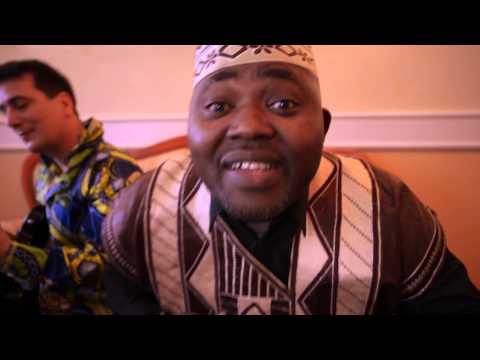 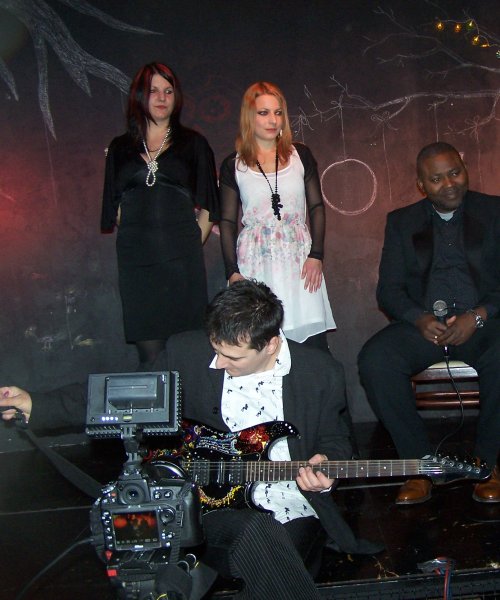 Photo by: The Arsov Bel Project
About: From the video 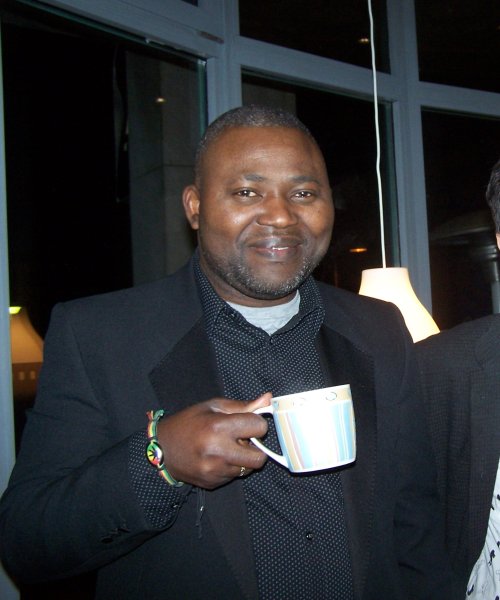 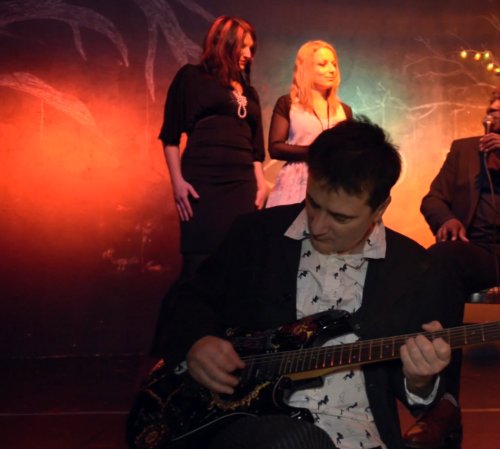 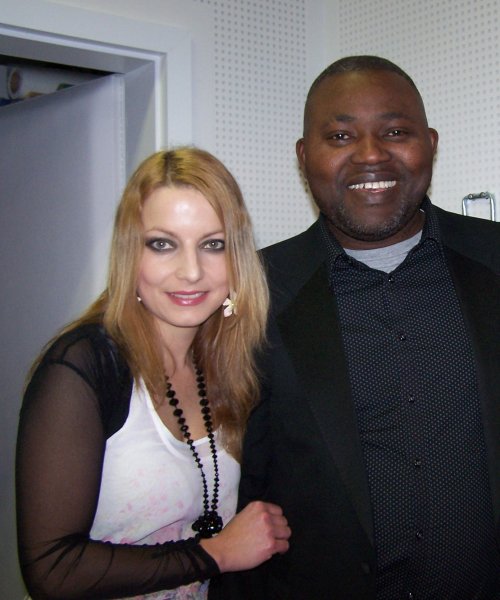 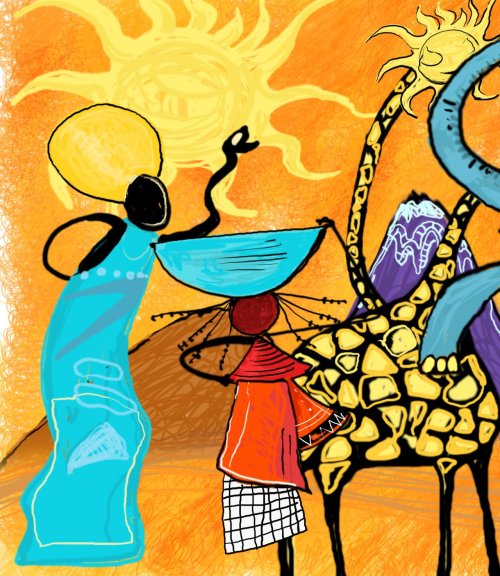 ABOUT
The Arsov Bel Projectrepresents a colorful mixture of a traditional Soukous-African dance music and European pop tradition.

Jeannot Bel is a member of a world known group Kanda Bongo Man. He visited Slovenia in the Summer 2011 with this vivid traditional soukous group and with the other group he is a member of, Kasai Masai (both on Okarina Etno Festival in Bled, Slovenia). So he met Aleksander Arsov on the streets of Bled, most beautiful touristic attraction in Slovenia, where he lives with his wife and two sons. And that was the beginning of a beautiful musical friednship!

Jeannot is a distinguished author of learning tutorials for the soukous technique of guitar playing. He is born in Kinshasa, DR of Congo, and he lives with his Family in London – with his wife and their 4 kids. Aleksander took his lessons seriously and with pleasure, and the teacher of the soukous was very satisfied with him, so Jeannot took the privilege to be "only" the lead vocal in this unusual, mind and ear catching music, the mixture of African tradition adn Western pop. The best of it – dancing music for all generations all over the world.

(p.s. We are still looking for a booking agent or manager.)

Slovenian producer and multi instrumentalistAleksander Arsovcreates music in many genres and is featured on several international compilations. Aleksander won the 1st Prize in the “Best Jingles in a TV Commercial” category at the Slovenian Advertising Festival (SOF). Since 1993, he’s been an author of the official aviso for the highlighted annually Golden Drum International Advertising Festival. Aleksander started as a guitar player on a legendary Gastrbajtr’s album. Than they came his solo albums: Mindless (a downtempo album released in Chicago), Dear Aunty Stork (music for children), Discodrama (as a member and author of Neurobic) and popular Etnotronika (his covers of Slovenian Folk songs, featuring 12 best-known vocalist from Slovenia). He is a member of several international compilations: The Mistletoe Lounge (USA), Definitive Chilled (UK), New Sound Theory volume 4 (USA), Roxy Remodeled (USA – charted on both the USA Billboard’s Hot Dance Club Chart and Dance Singles Chart.), Sound Solutions (USA), Elektro Stars and Etno (Slovenia, Sigic). Currently also involved in a couple of his projects: El-Classic.com and EtnoKronika.

Jeannot Belis a rumba and soukous guitarist. Born in Congo, Jeannot Bel (stage name) was raised in Kinshasa. He started to play the guitar after being inspired by Dr Niko, Luambo Makiadi, Pepe Felix and Tshimpaka Roxy. As early as 14, J. Bel started getting gigs and was playing with bands fronted by Lassa Carlito (OK Jazz), Debaba (Viva la musica) honing his guitar skills and learning the music technology at University of West London. He began traveling with Kanda Bongo Man and eventually moved from Kinshasa to London. He recorded with Debaba and many African musicians such as Lazare (Alpha BlondyPianist) and Massamba (Africa International). In addition to these ensemble performances, the soukous community regards him as an influential solo guitarist and his style was marked by an advantage linear technique, sophisticated harmonic sense from fast tempos and is now using his music experience to teach followers of African music how technically to play soukous and rumba. Recently made two albums – Etike and Cherie na Nga.

MatejaandNadja Skumavecare two remarkable sisters from Bled with great love for music and singing and with sweetest voices ever heard.

They started singing when they were little, than they were singing everywhere, in the shower, on parties, in karaoke, while driving in the car, on successful performances of singing competitions, in choirs, eventually with kids, and now …

The Arsov Bel Project is their pleasant challenge and they are really valuable part of this inventive and colorful music story: Sweet Sisters Skumavec!