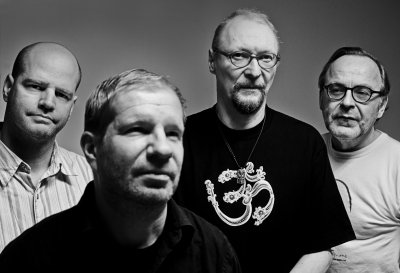 ABOUT
Tuigu, a ethno-jazz band from Finland, combines fearlessly old Karelian, traditional lullabies, Skandinavian folk music North African rhythmes, themes form the Balkans and Cuban Rap - all with a jazzy vibe. The band itself calls the music ethno-jazz. The name "Tuigu" is old Karelian languate and means "the beat".

Tuigu, even if a new band founded in 2010, doesn´t really consist of beginners in music. On the contrary: the legendary FInnish musicians used to play and tour in Europe in bands like the folk music band Piirpauke and prog-rock band Pekka Pohjola Group in the 80s.

Most of the songs are written by the band Tuigu, especially the guitar player Juha Björninen, but there are also some traditional Finnish and old Karelian songs on the album.

Jazz and rap usually don´t belong together. On the album "Sophian Rose" of Tuigu, however, the only lyrics are rapped and - even more unusual for al Finnish band- they are in Spanish. The lyrics are written and rapped by Alex Sandunga, originally a Cuban rap artist born in Havanna, but nowadays living in Finland.