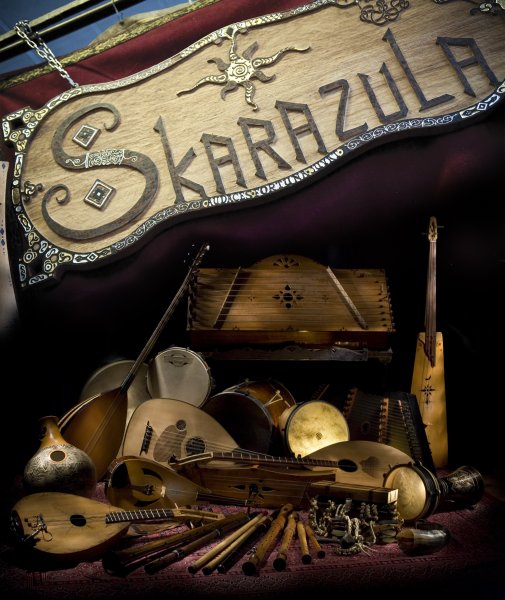 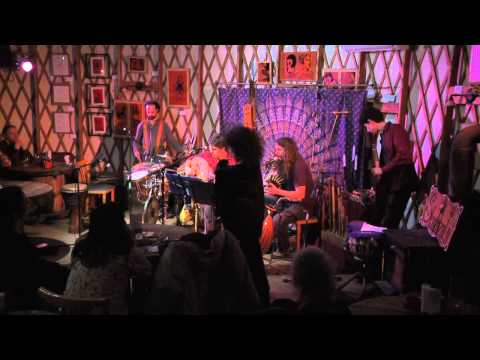 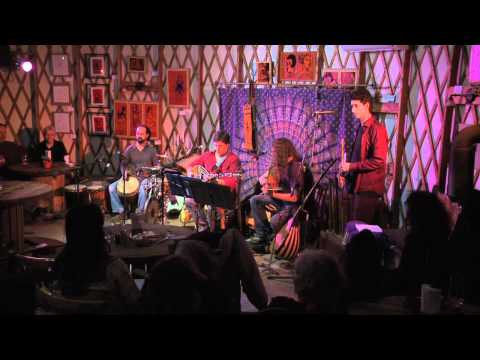 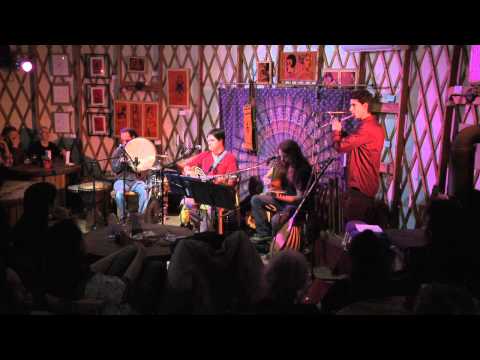 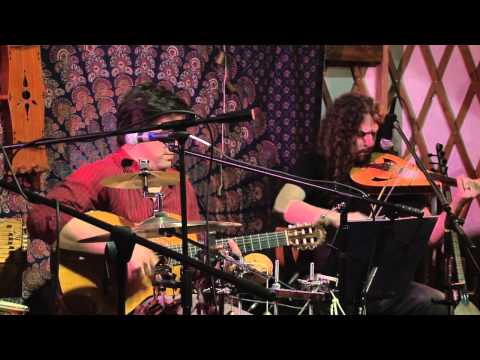 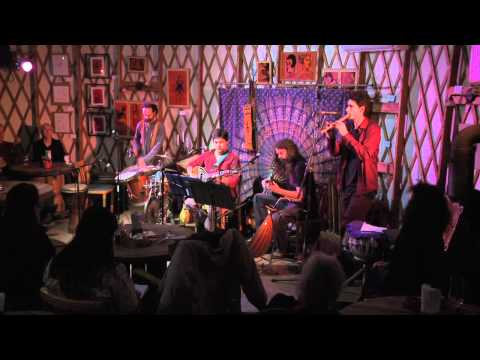 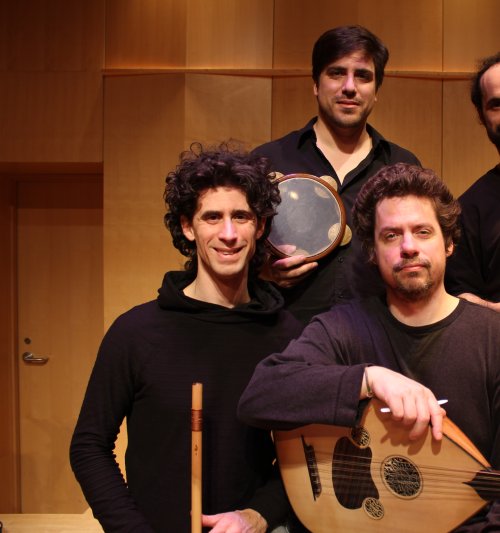 Photo by: Skarazula
About: The group 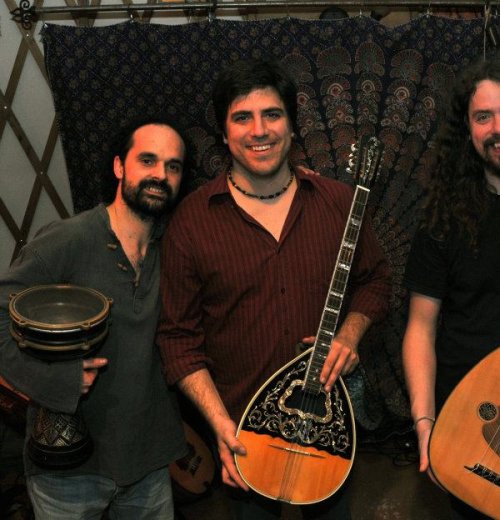 ABOUT
For several years now, the musicians have been exploring their interest for the musical traditions of Europe and the Orient. Today, while continuing their work to discover and share the treasures of music from the Middle Ages, they also display their passion for the cultures of the Near East. Skarazula has more than one instrument up its sleeve. These instruments with exotic names, including some made by the luthier musicians of the band, give a rich variety to the music they play. Whether they are three, four or more on stage, whether they are performing their own songs or arias of their repertoire, whether they are exploring contemporary music or revisiting the Medieval repertoire, the members of Skarazula express the same passion and show the same talent.

Although they have been focusing on interpretation of Early music for years, recently the musicians of the band have adopted the traditions of Oriental music. Even though the latter was always prominent in the band's repertoire, through compositions by François Rainville or the interpretation of traditional pieces, Oriental music brings about a greater complexity than Medieval music. This is the band progressing through the addition of Andrew Wells-Oberegger, an accomplished musician and long-time friend. The four-member version of the band has broadened the horizons and contributed to the depth required to handle more adequately the music of the Turkish, Kurdish, Klezmer or Arabic traditions.

Always trying to renew itself, the band is now working on the development of two new shows that will be targeted towards a young audience. The musicians from Skarazula want to share their interest for World music with the children.